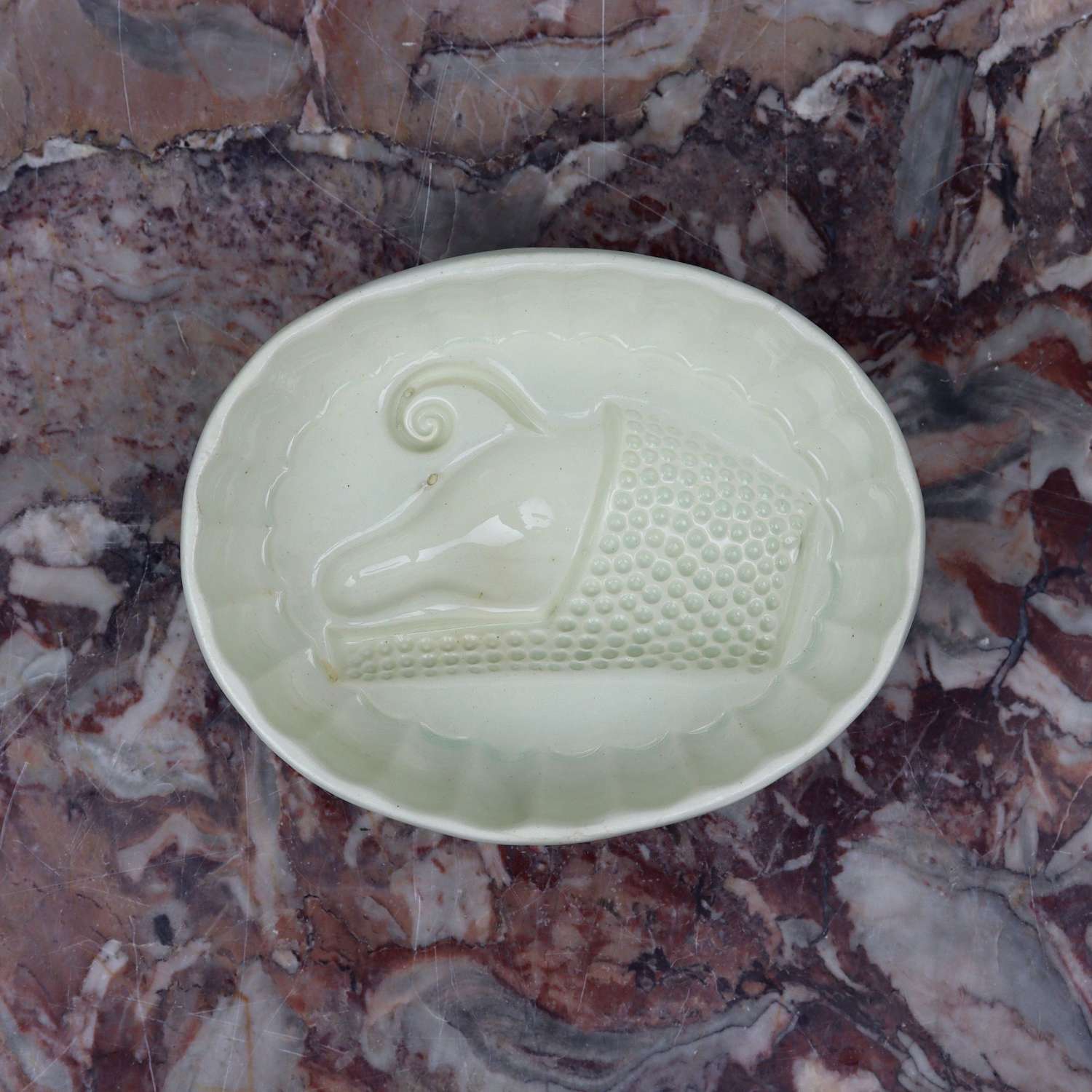 A rare, Wedgwood creamware mould with an Egyptian motif to the base. Just after the battle of the Nile in 1798, Wedgwood produced a series of designs for food moulds which had Egyptian hieroglyphs and motifs in the bases. The borders were either fluted or had a saw tooth design. This is on of that series. It is marked “WEDGWOOD” and it is also impressed with a pattern number “247” and a letter “X” which would be a workman’s mark. It dates from c.1805. Moulds from this series are uncommon and rarely turn up undamaged. This has a strange hieroglyph to the base with a fluted border. It is very deeply moulded and has a deep foot rim. There is a short, feint, hairline crack to the rim, and another to the foot, and a small bubble of glaze has lifted from the interior of the mould.