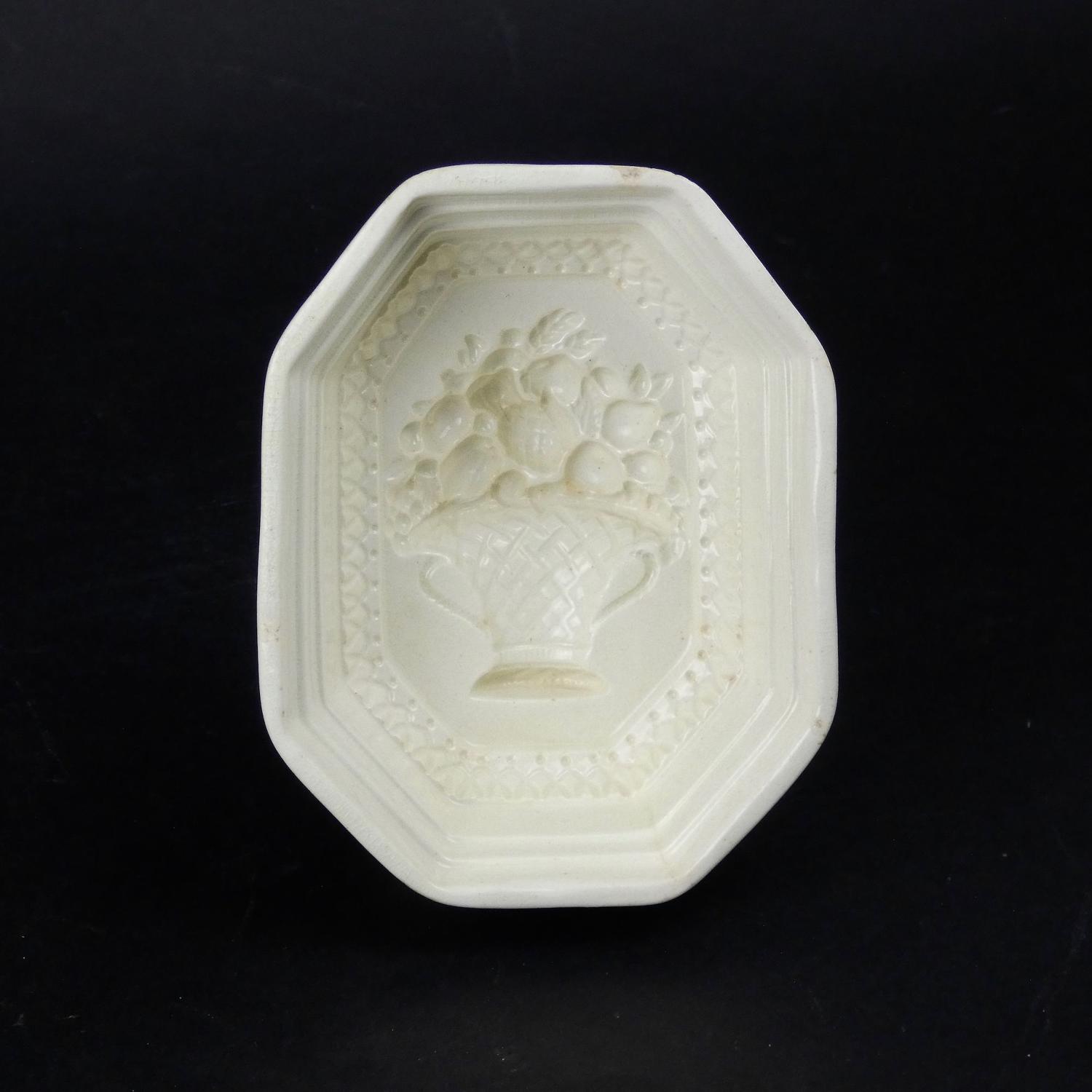 A fairly small, octagonal, English creamware jelly mould. This mould is marked, to the base, 'Davenport' around an anchor, and it dates from c.1810. It is made from quite a heavy creamware and it has three beautifully shaped, spiral feet to the base. These feet allow it to stand when it is being filled. The design in the base of the mould shows a basket of fruit and this is very detailed and well moulded. There are three marks on the rim of the mould and these are from stilts, where it has been stacked in the kiln. There is also a very feint hairline in one of the corners but this is only visible on the interior of the mould and doesn't appear to go through.
Price includes postage within the U.K. Shipping to the U.S.A. add £20. Western Europe add £10. 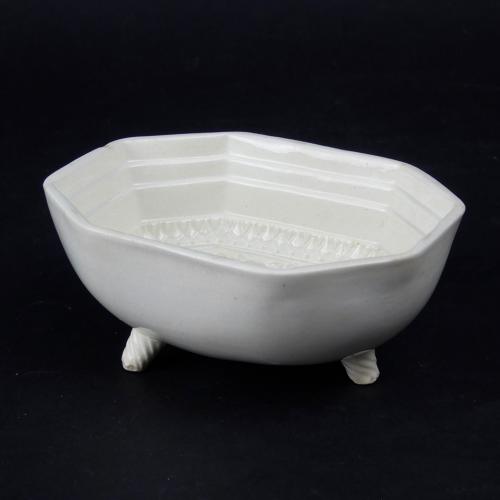 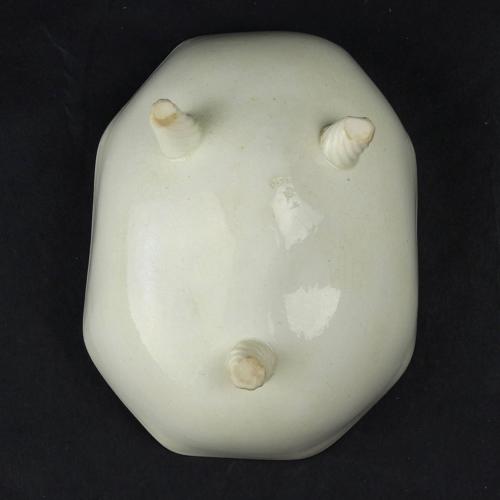