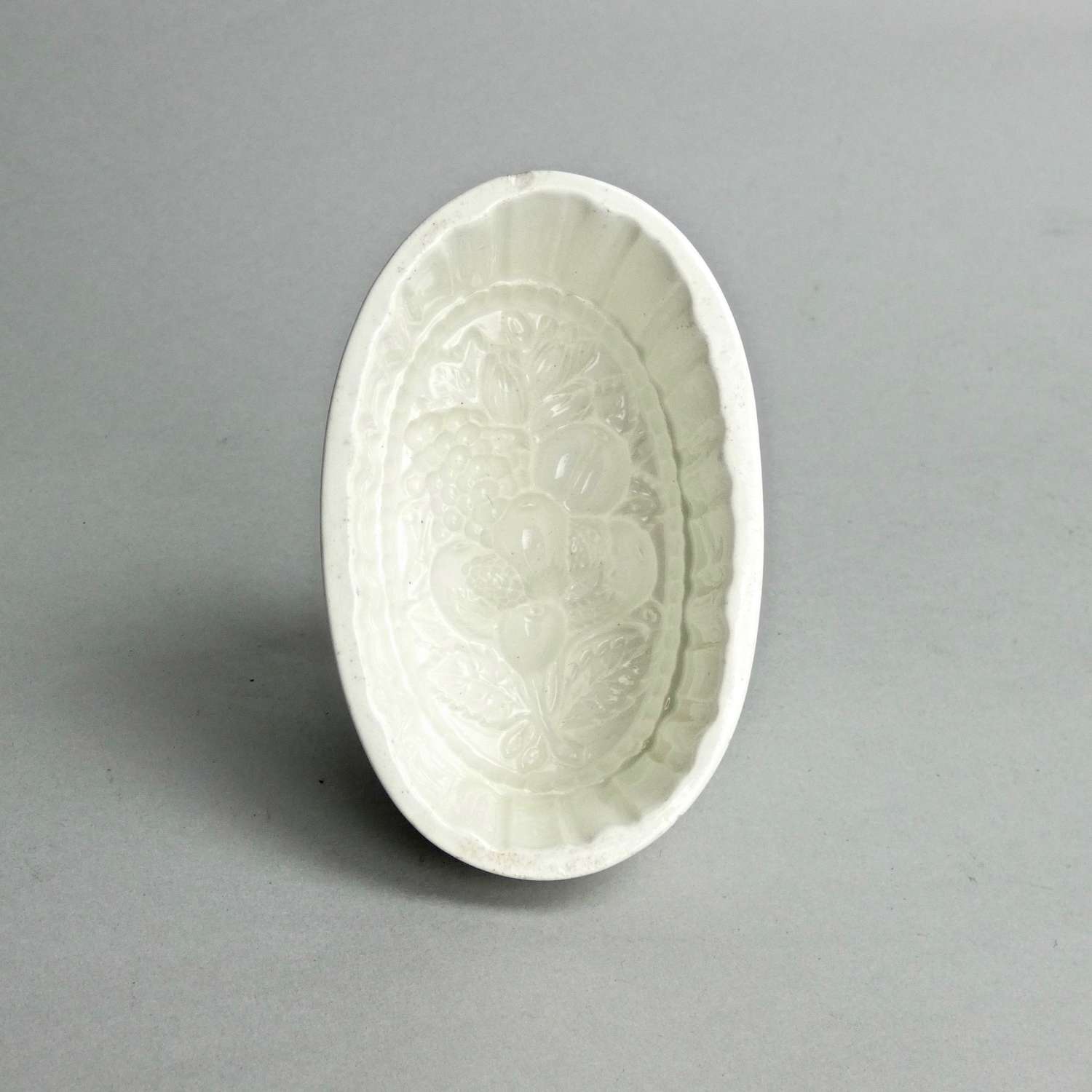 Small mould with bunch of fruits

A small, 19th century, earthenware jelly mould. This mould has a bunch of fruits to the base with fluted sides. The design is very well defined and it would turn out well. There are no manufacturers marks but the mould dates from c.1860. There is a small chip on the rim, which is under the glaze, so it would have been done at the time of manufacture. Other than this the mould is in good, usable condition. 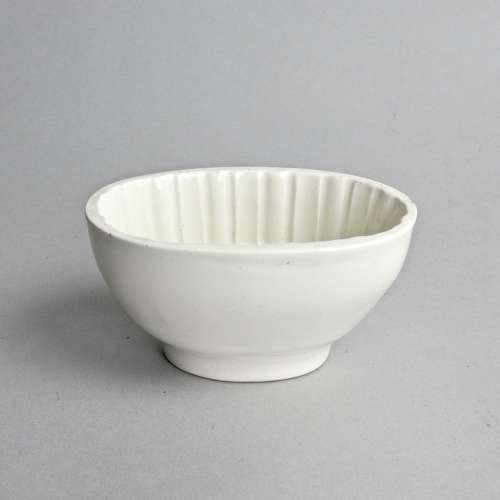