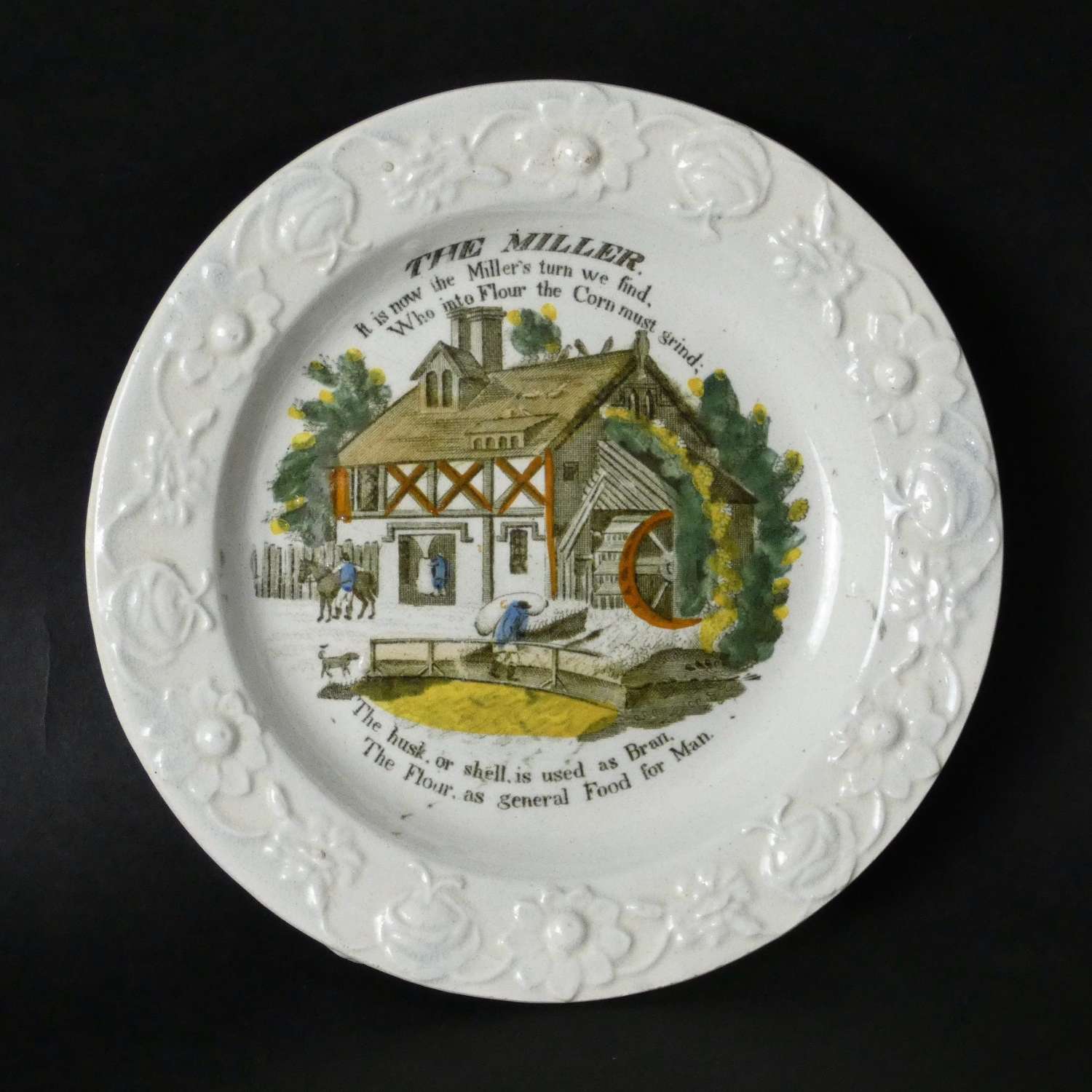 Child's plate printed with "The Miller"

A super quality, early 19th century child’s plate with a central mill scene. This is printed, to the reverse, with the title “The Progress of the Quartern Loaf” and would have been one from a series. Each one in the series would have had the same moulded border and same colour scheme and they followed the progress of the loaf from the reaper to the baker. This one shows “THE MILLER” and the verse reads:
“It is now the Miller’s turn we find.
Who into Flour the Corn must grind.
The risk, or shell, is used as Bran,
The Flour, as general Food for Man.”

The border is well moulded with flowers and the central, transfer print is coloured in the typical prattware shades of yellow, ochre green and blue. It dates from c.1820.

There is a very tiny hairline cracking the rim which is only  visible on the reverse of the plate. Otherwise it is in excellent condition. 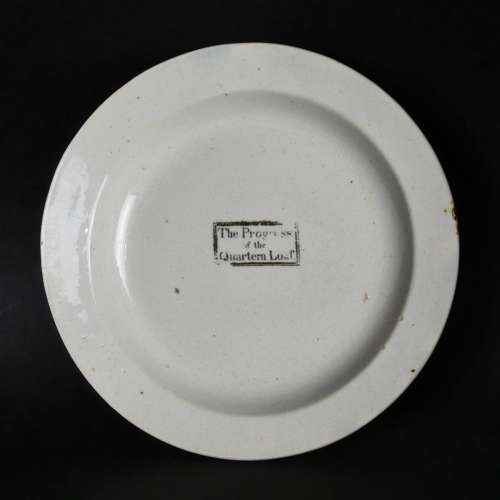