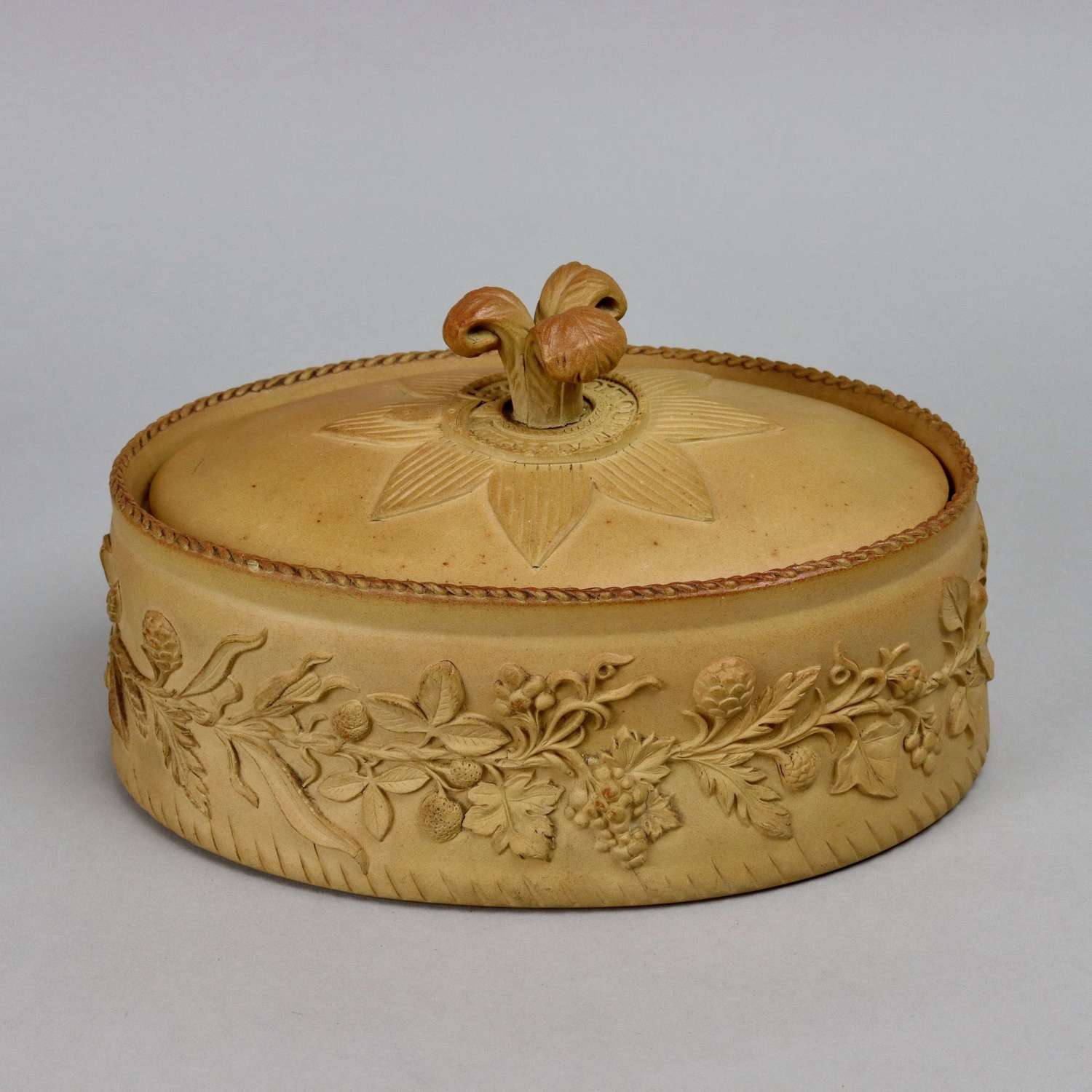 It is a rare example, with the finial in the form of the Prince of Wales Feathers. Around the finial is the motto "HONI SOIT QUI MAL Y PENS”. This is a Middle French maxim meaning “shame on anyone who thinks ill of it”, obviously referring to the food in the dish.

The side of the dish is moulded with band of various fruits, maize and foliage.

It is in excellent condition. 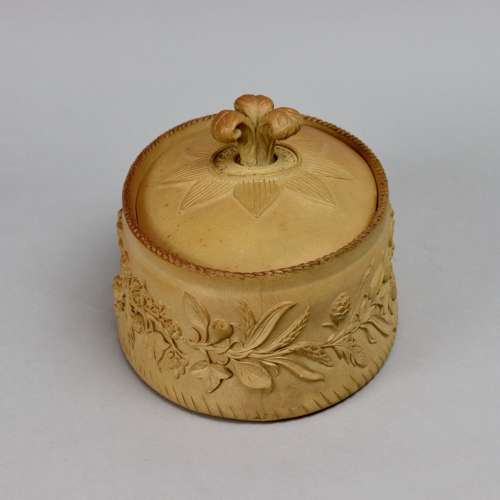 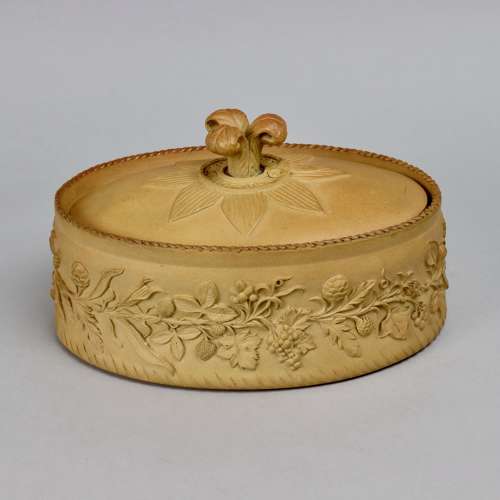 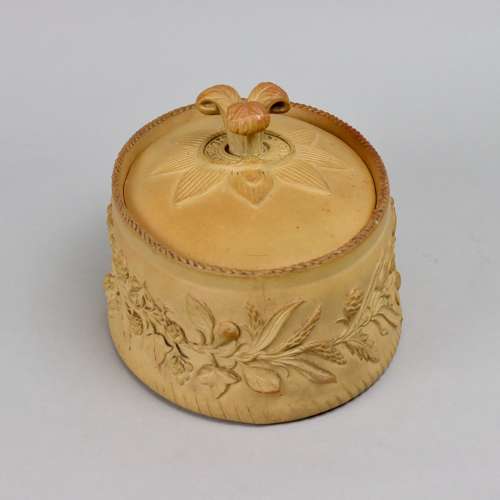 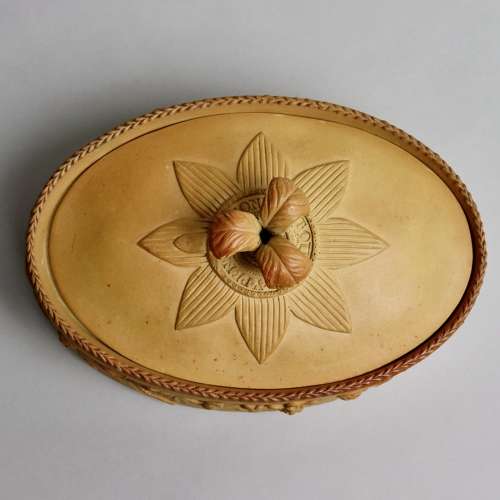 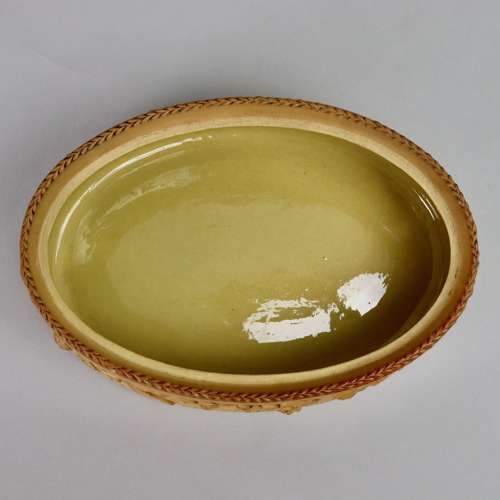 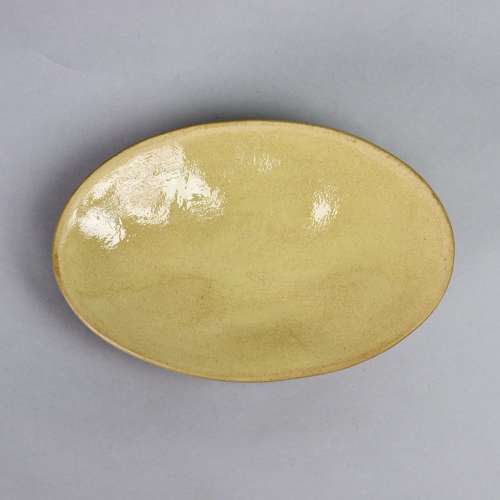 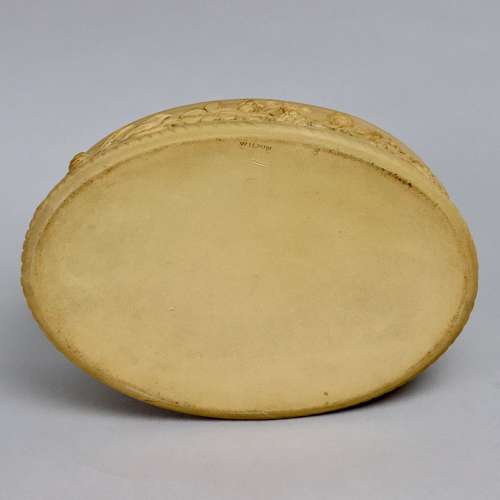