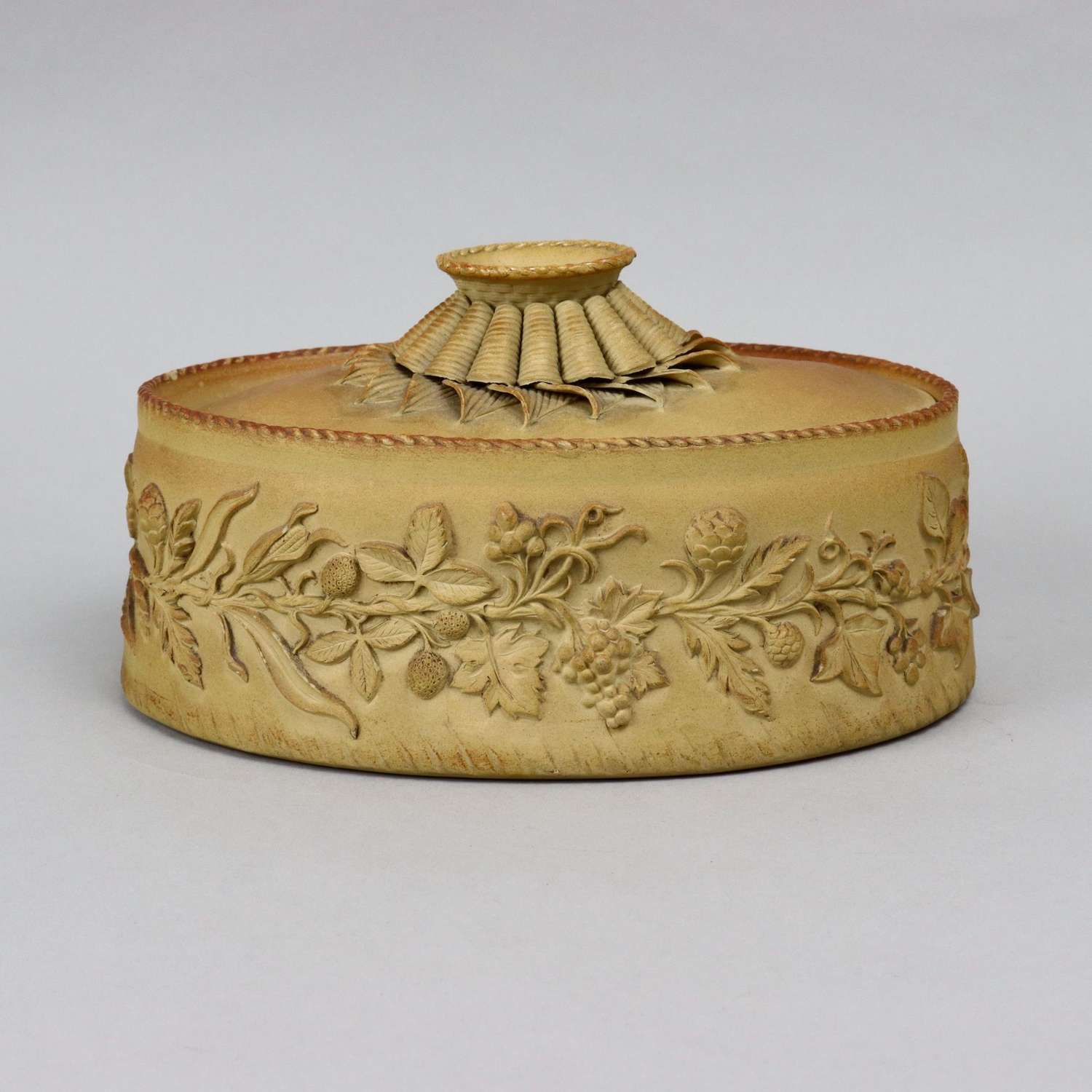 The lid is beautifully moulded, with fine leaf forms, and the side of the dish is moulded with band of various fruits, maize and foliage.

Two of the leaves to the lid have slight losses and there is one small chip to the rim. Otherwise it is in good condition. 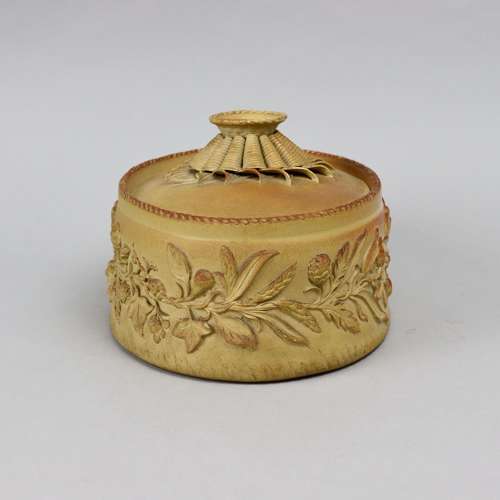 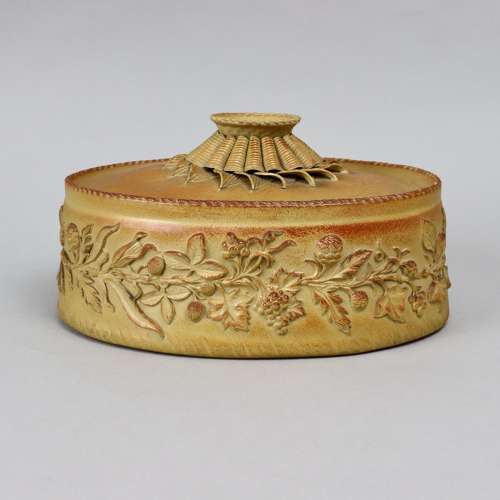 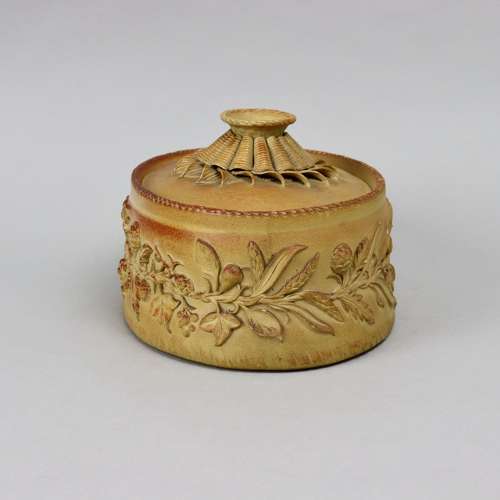 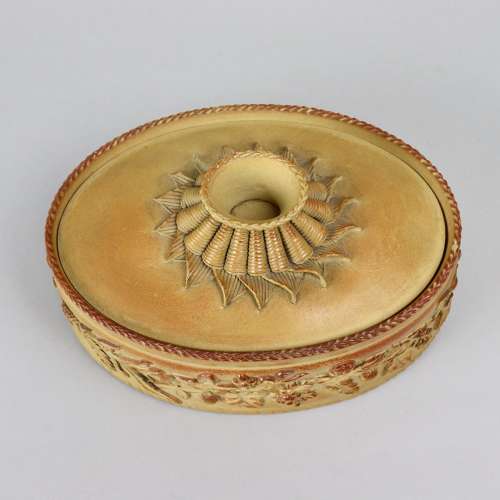 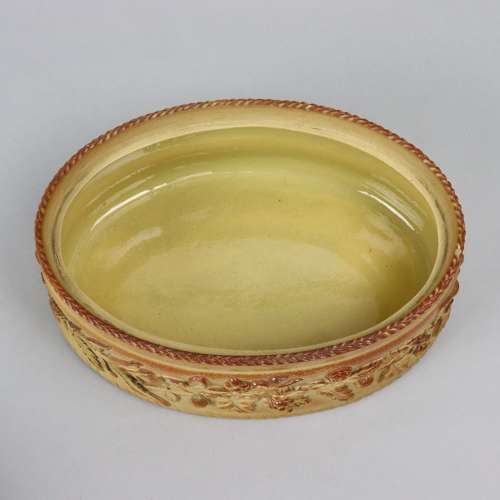 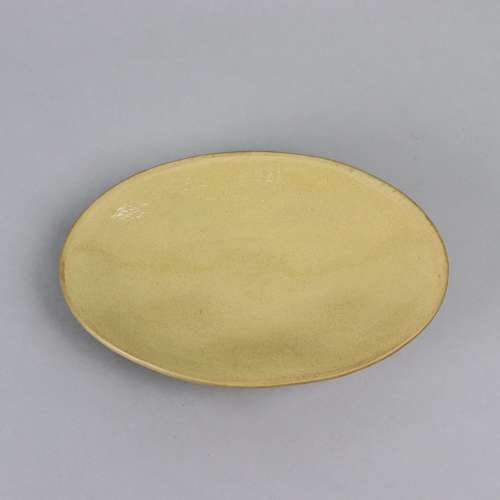 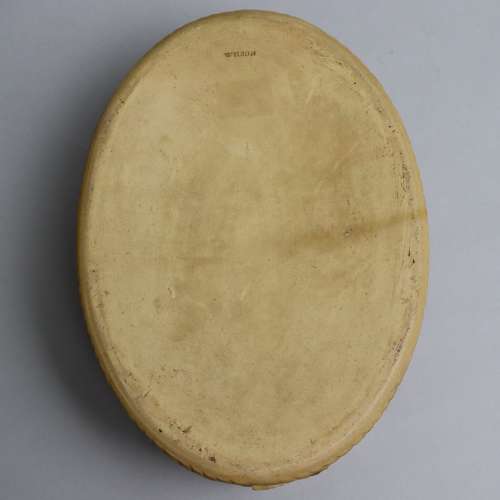