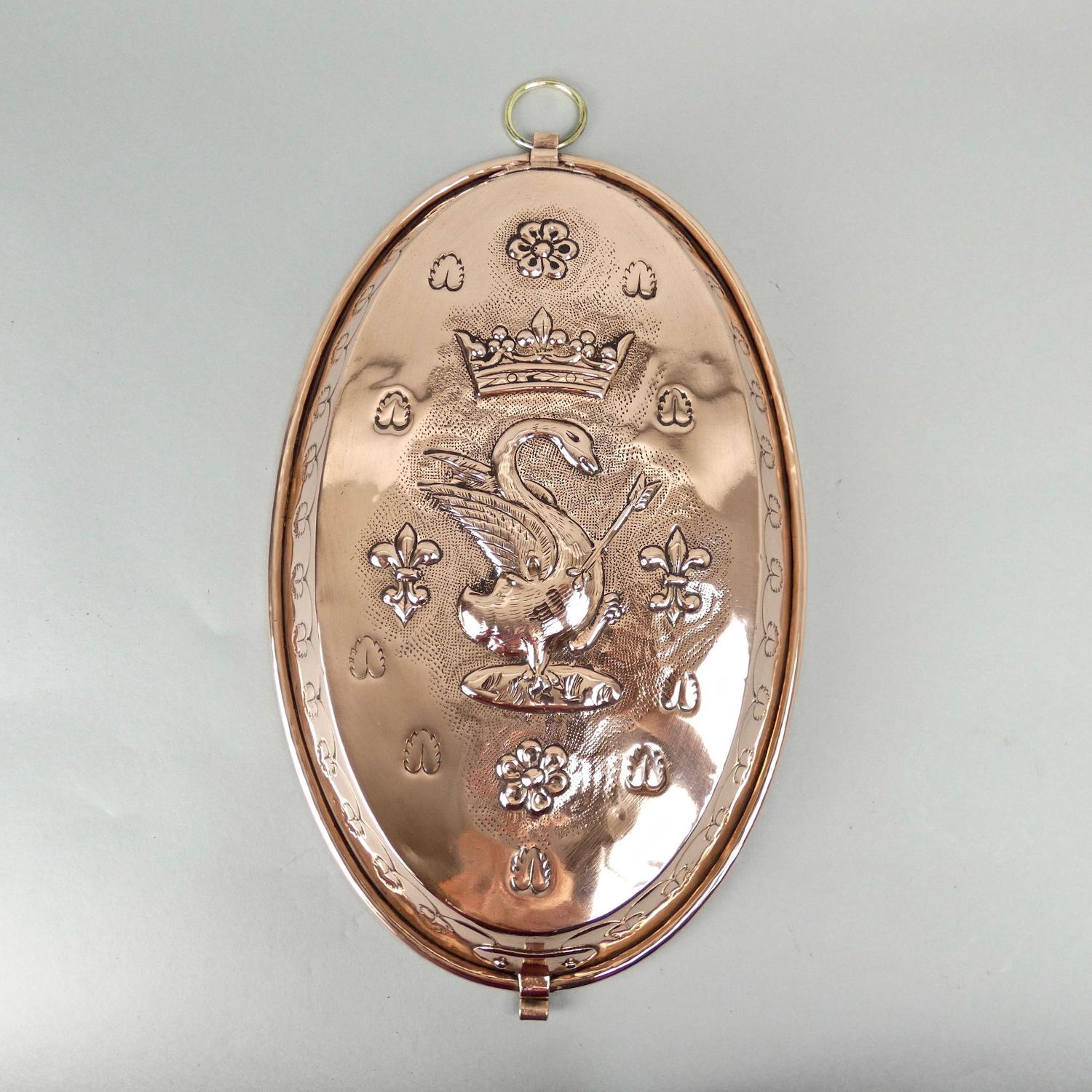 A rare, French copper mould, or dish, moulded with a heraldic coat of arms. This piece is good quality, being made from a heavy gauge of copper, and it dates from c.1880.  It is moulded with a swan which has been pierced by an arrow. Above this is a crown and to either side are fleur-de-lys. I have tried to research this coat of arms and have found a few depicting the swan, connected with French aristocracy, but I have not found one in this exact form. It was obviously made for use, as originally it was tinned, and it must have been used for making some type of cake which would have been turned out so that the design was seen on the top.
The tinning is now quite worn but other than that the piece is in excellent condition.
Price includes postage within the U.K. Shipping to the U.S.A. add £10. Western Europe add £5. 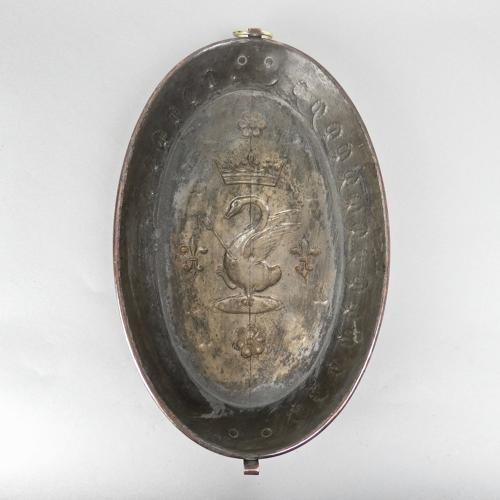