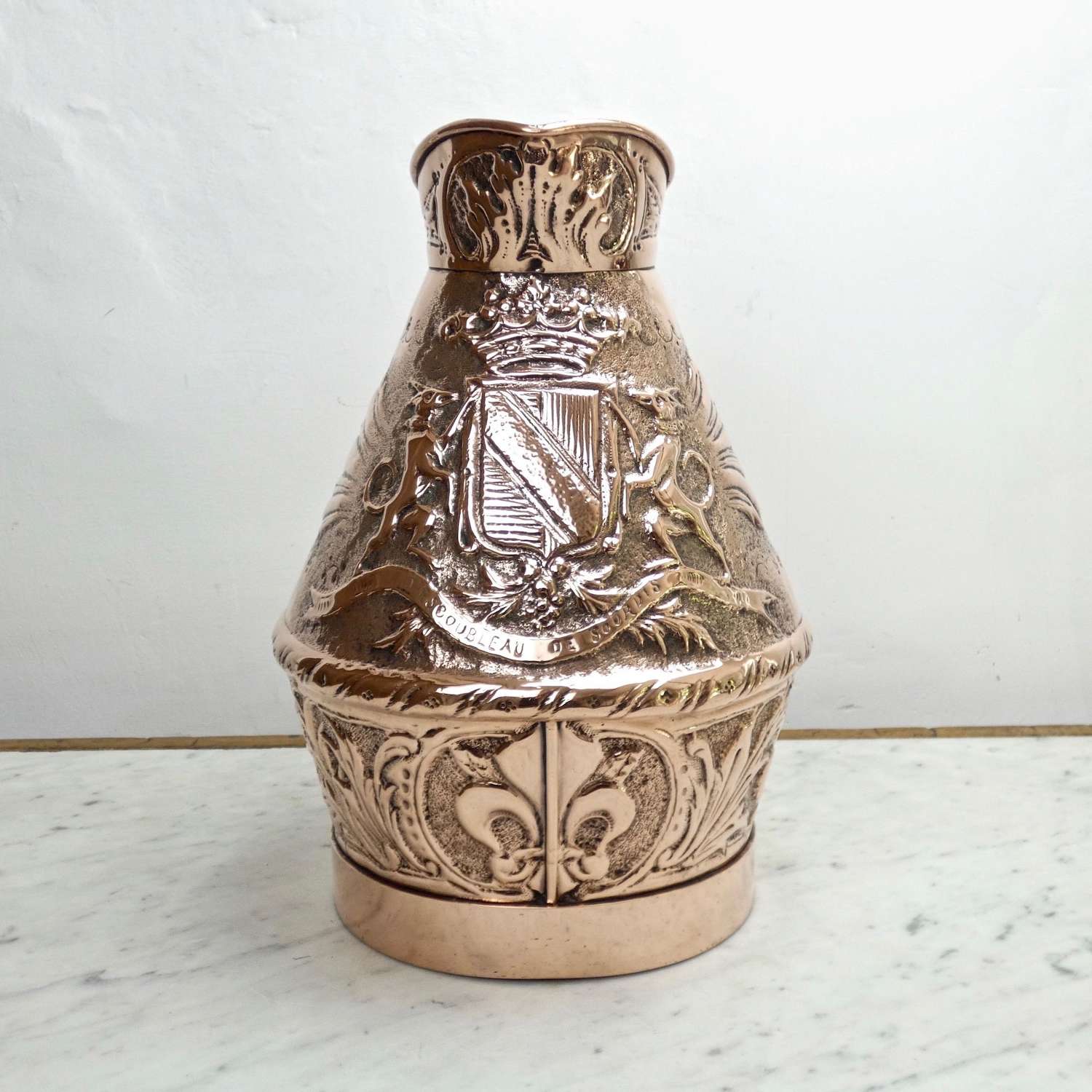 Rare Heraldic/Masonic jug   A rare, and very beautiful, early 19th century French copper jug embossed with a heraldic crest.  The jug is embossed with  'D'ESCOUBLEAU DE SOURDIS'  beneath their heraldic crest which includes a crown, a shield, and two strange heraldic beasts. The family of Escoubleau de Sourdis took its name from the castle of Escoubleau which was located near Chatillon our Sevres which has now become a part of Mauleon in Western France. The family no longer exists and the last line of the family died in the mid 19th century. The jug probably dates from c.1820 but could be earlier. On the handle it is engraved with a square and compass, which is a Masonic symbol, and the number 10. The symbol is positioned so that if you are pouring from the jug it need not be seen as it could be covered by the hand. If you were in Masonic company you could reveal the symbol, showing your allegiance. This piece is quite exceptional. It is well made, very interesting, fabulous quality and in excellent condition.

Price includes postage within the U.K., Western Europe and the U.S.A. 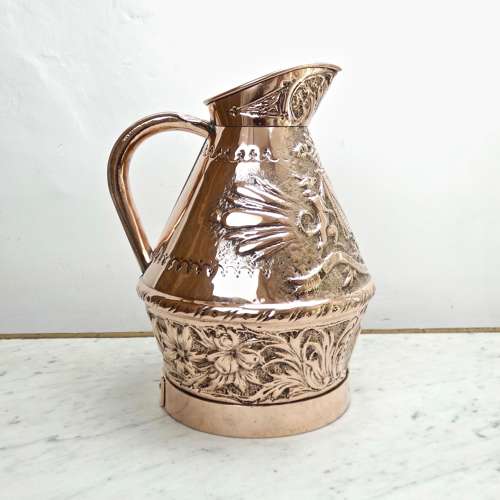 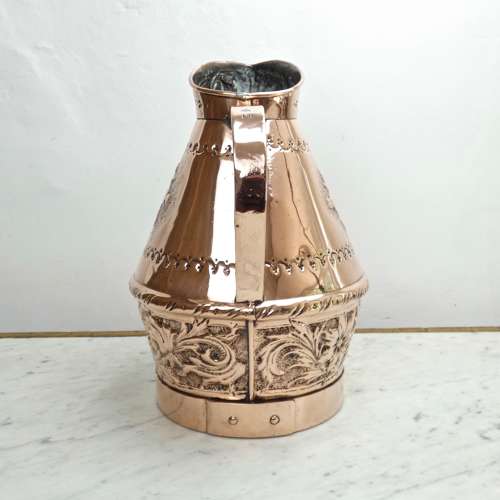 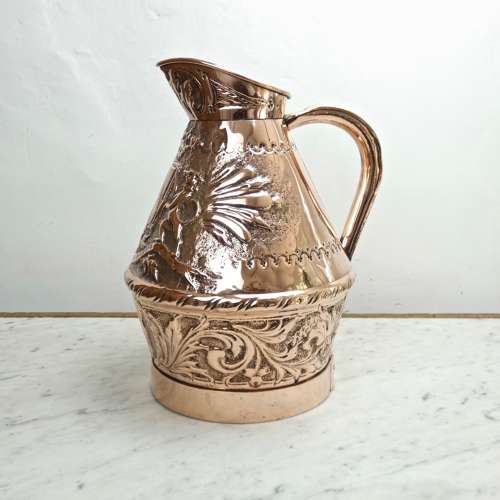 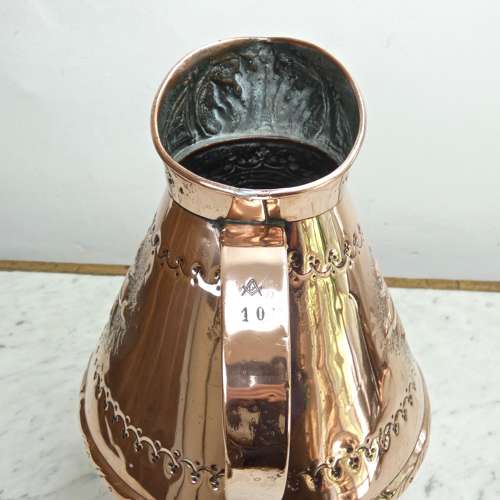 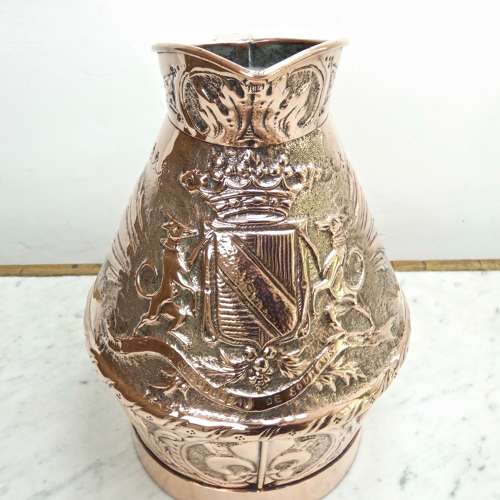 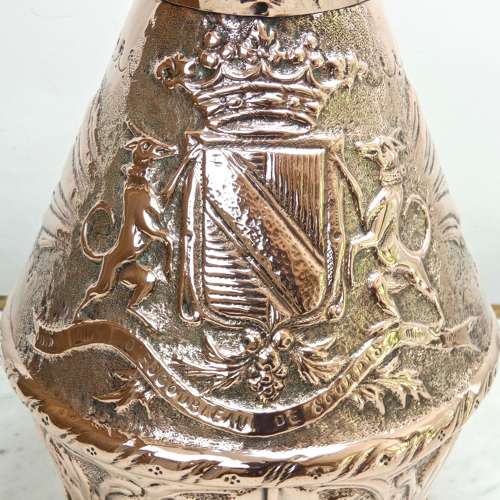 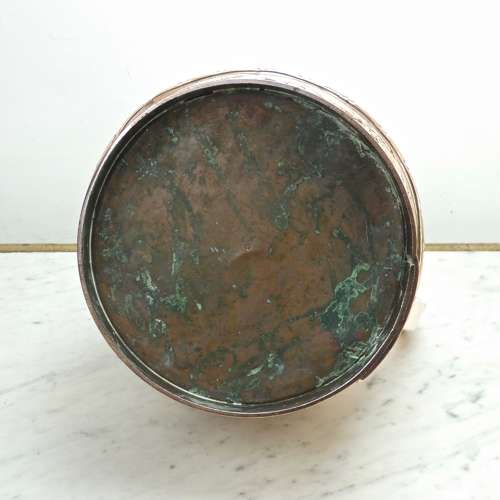