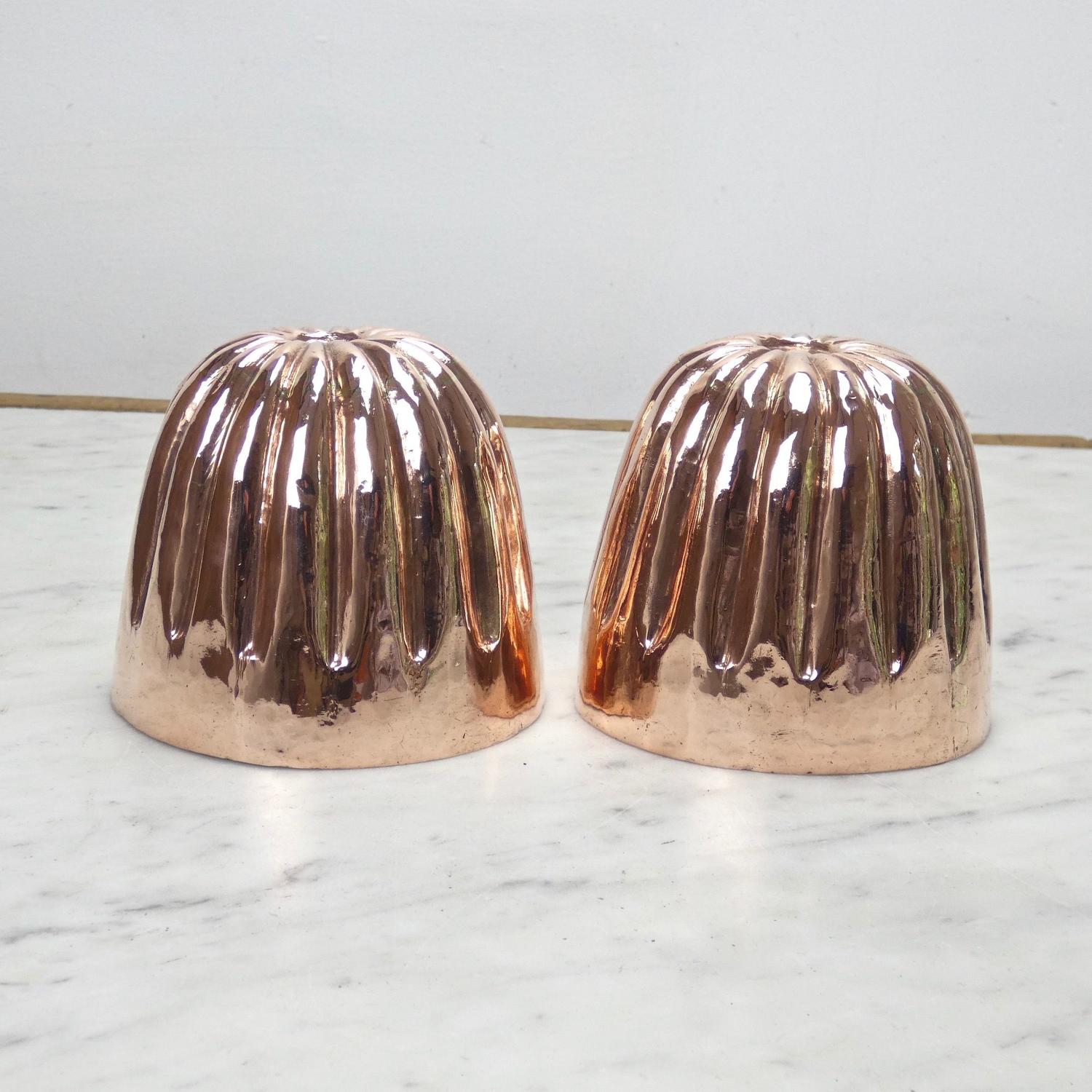 An early 19th century copper mould. This mould, although fairly simple in form, is interesting in the way that it is made. They are both made in two sections, with a castellated seam near to the top. This would date the moulds to about 1830 as later moulds, especially of this size, would have been made in a different way. Unfortunately they both have slight faults, due to age and use. One has a split, about 2cm. long, running down one of the flutes.
Price includes postage within the U.K. Shipping to the U.S.A. add £15. Western Europe add £8. 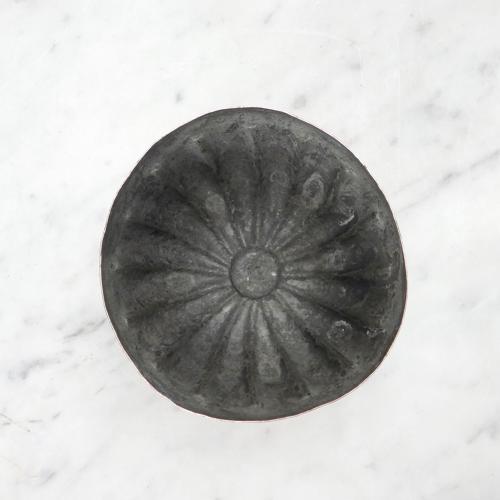