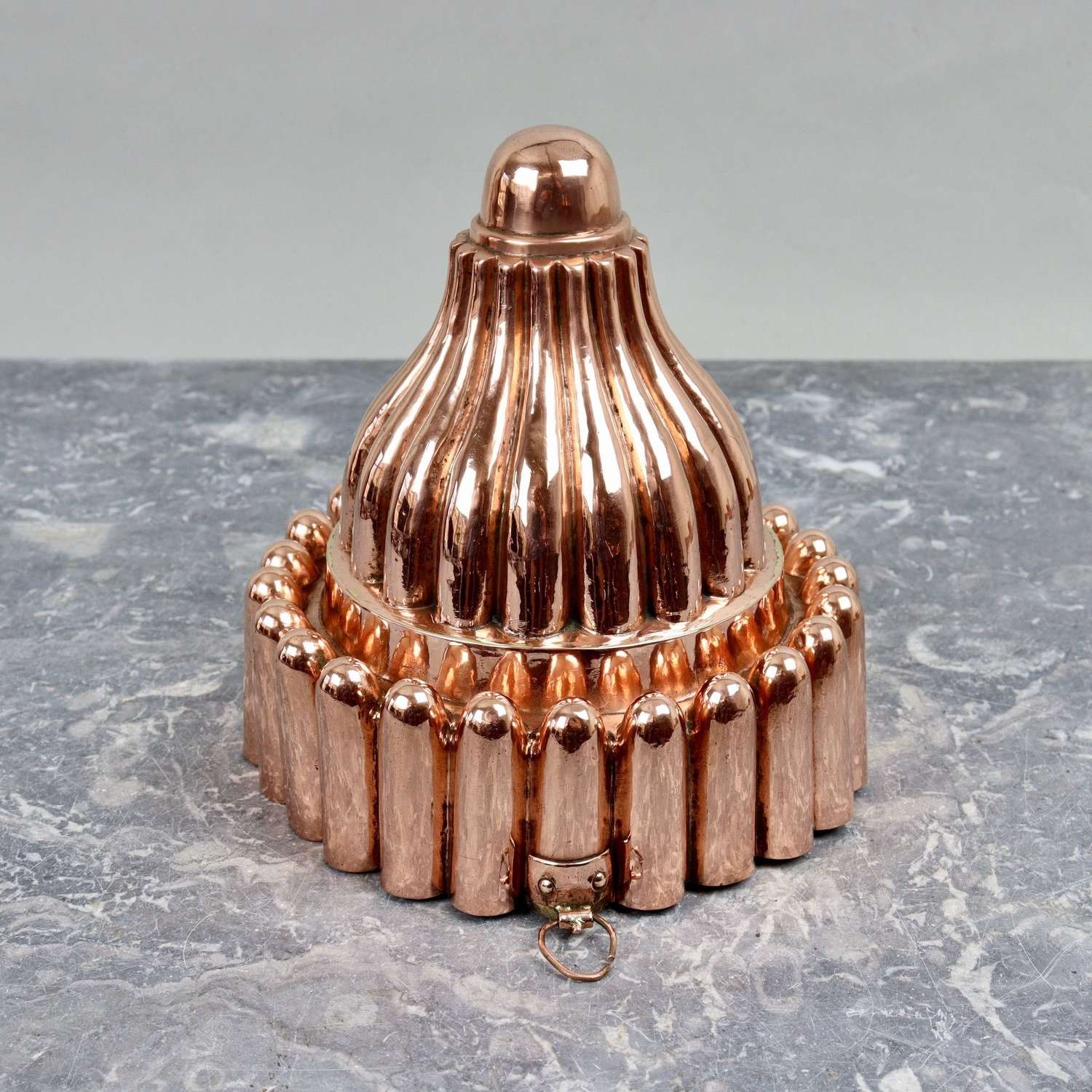 A fabulous shaped, 19th century, French copper mould. There are three small fittings on the rim of this mould and originally there would have been a cover which attached to these fittings. It is likely that the cover would have been made from tin as we have seen these fittings on moulds before but have never found one with a corresponding lid. If made from tin they would have rusted and probably have been thrown away. The mould is made from quite a heavy gauge of copper and dates from c.1870. The elaborate, curvy shape is very decorative. There is a fine, copper wire loop through one of the fittings so that the mould can hang if required.

It is in very good condition but the tinning, to the interior, is worn so it could not be used unless it were re-tinned. 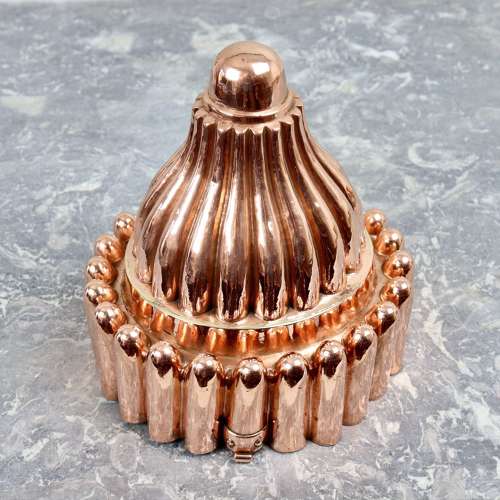 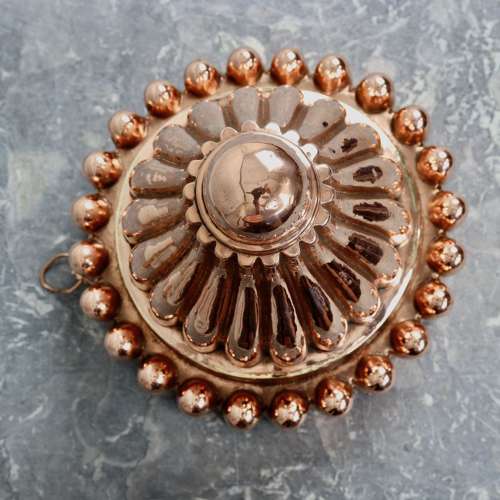 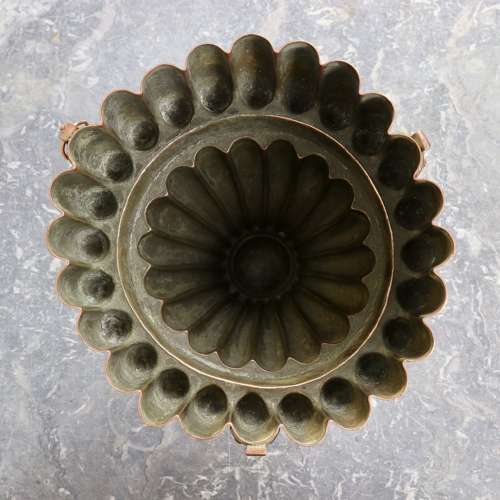