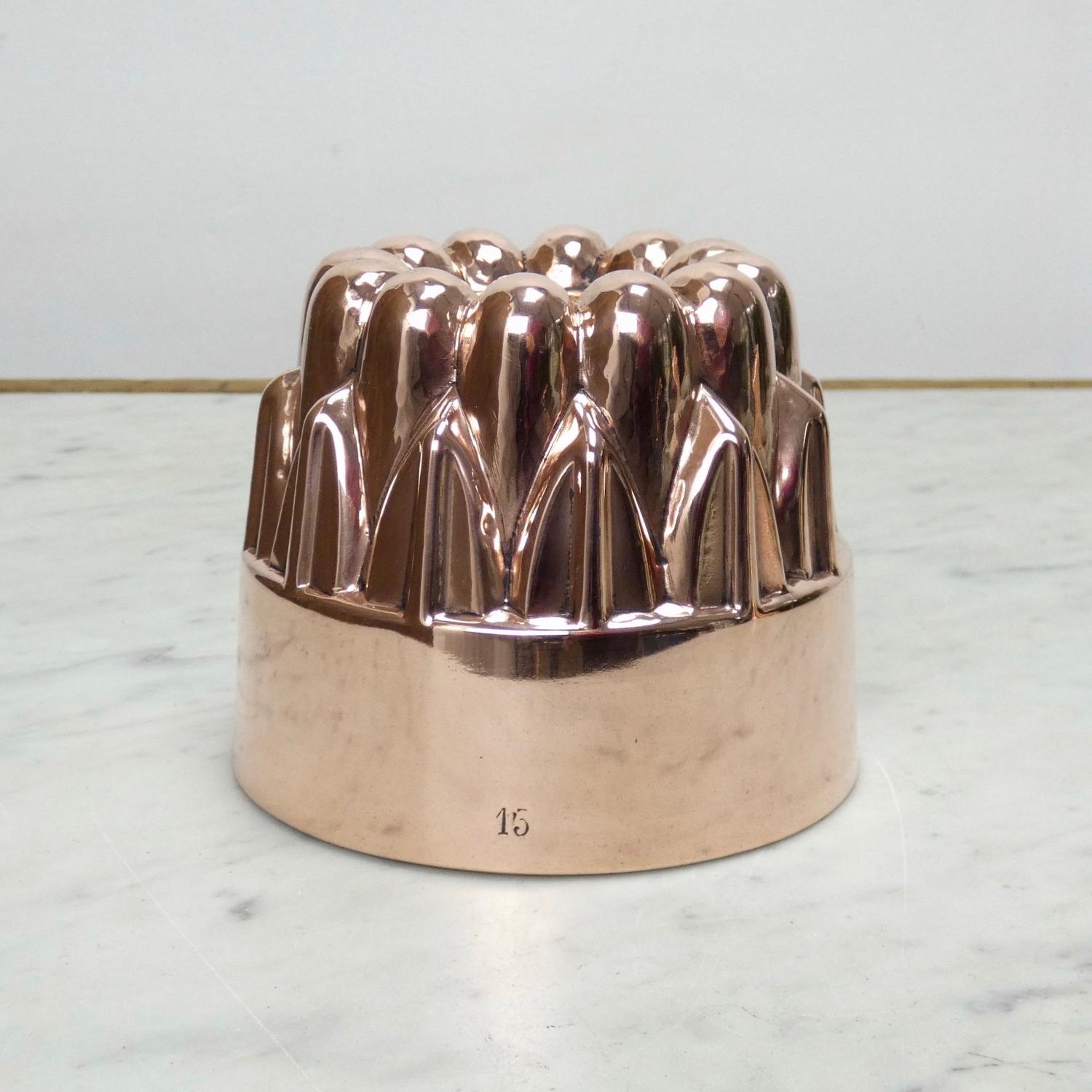 A  good quality, Victorian copper pipe mould. This mould doesn't have a manufacturers mark but it is marked with the pattern number '15'.  It is well made, from a very heavy gauge of copper, and it dates from c.1880.  The copper has a slightly planished finish. The design consists of twelve small domes which are divided by stylised leaves. The lower section is plain. The design is very crisp and the mould is in excellent condition. Pipe moulds were generally used for baking as your pudding will cook from the inside as well as the outside, making it cook through quicker.  The tinning, to the interior, is worn so this could no longer be used but it is a very good. decorative mould..
Price includes postage within the U.K.  For shipping to the U.S.A. add £15   Western Europe add £5 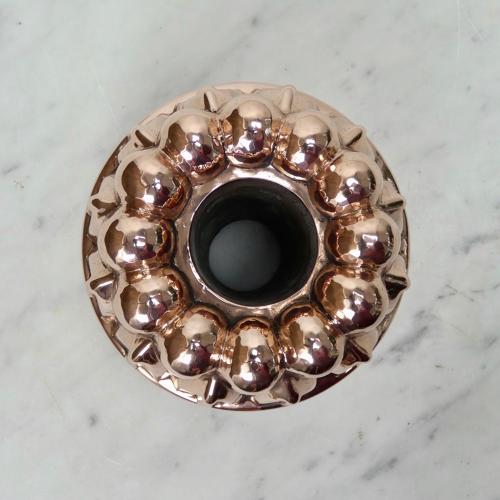