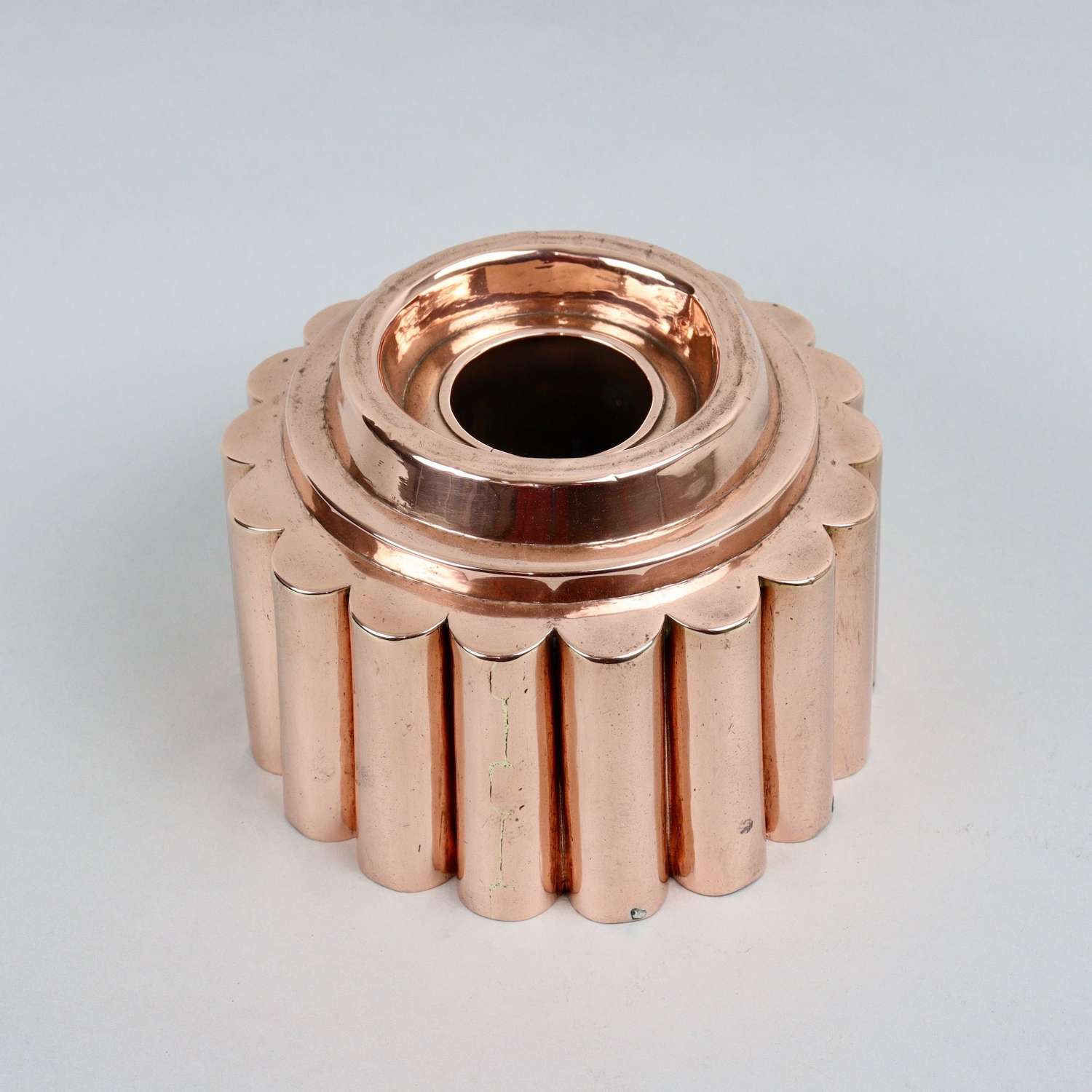 A heavy, 19th century, copper pipe mould. Referred to as pipe moulds, due to the central pipe within the mould, this type of mould was mostly used for baking as the pipe allowed the contents to cook from the middle as well as from the outside, allowing for more even cooking.  This example is made from a very heavy gauge of copper and dates from c.1870. The design is fairly simple, with rings to the top above fluted sides but it is a design which displays very well when hanging. There is slight denting to the top but other than that it is in very good condition. The tinning, to the interior, is worn. 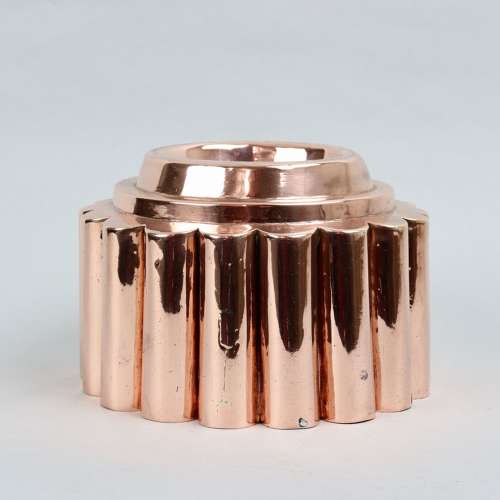