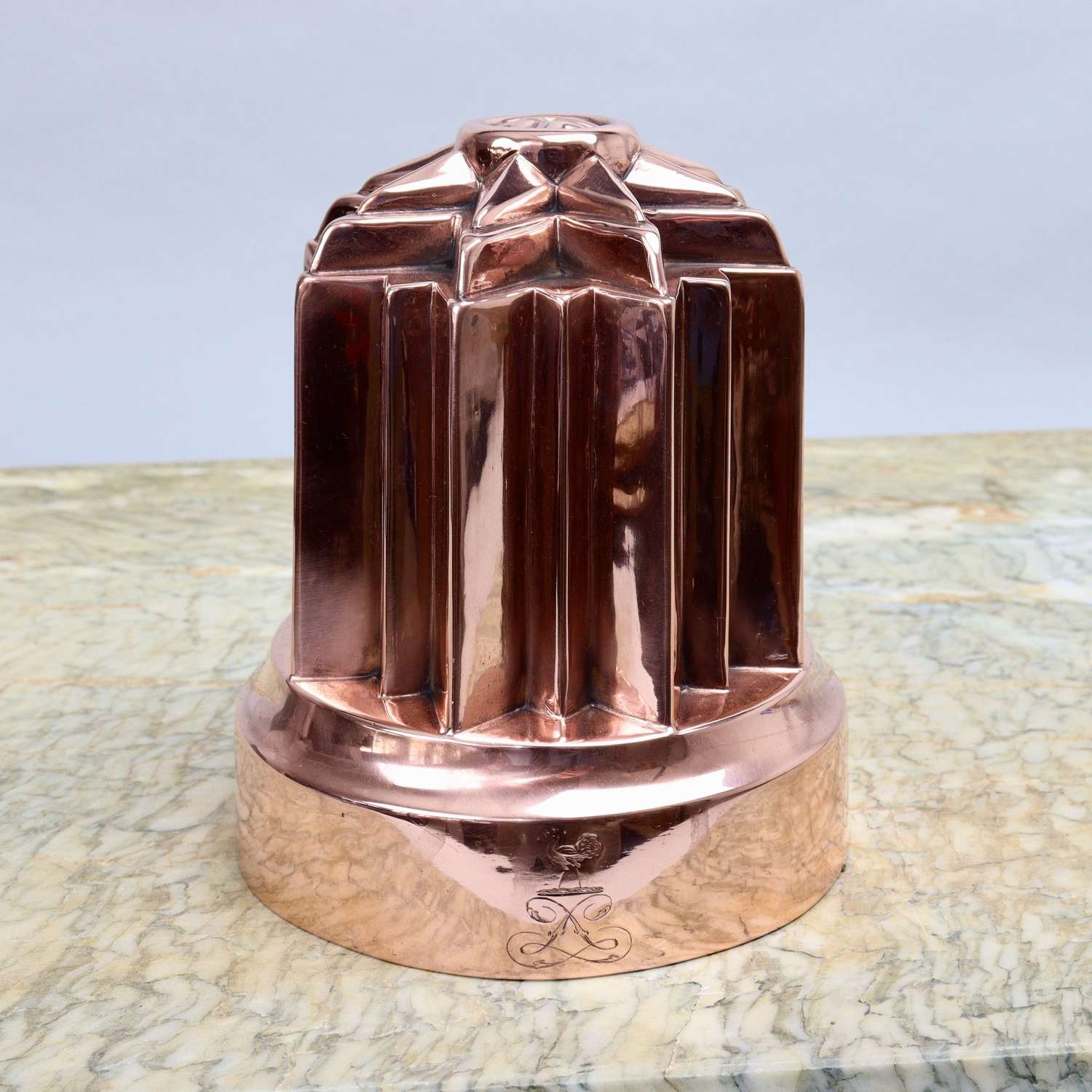 A superb quality, Victorian copper mould. The star shaped design to the top of this mould represents the Brunswick Star. The Brunswick Star is used in the U.K. to surround the royal cypher on various badges such as those used by the police and fire services. The German Duchy of Brunswick-Luneburg, wihich is better known as the principality of Hanover, was ruled by the House of Hanover whose heads became kings of Great Britain.

This mould was designed by Benhams and although it does not bear their mark it is stamped “ REGISTERED SEPTEMBER 1864” which is when they registered the design. It is also finely engraved with a family crest which includes a stork above a monogram.

This is a particularly good example of this design of mould, dating from c.1870, and it is in very good condition. The tinning, to the interior, is slightly worn but it could still be used. 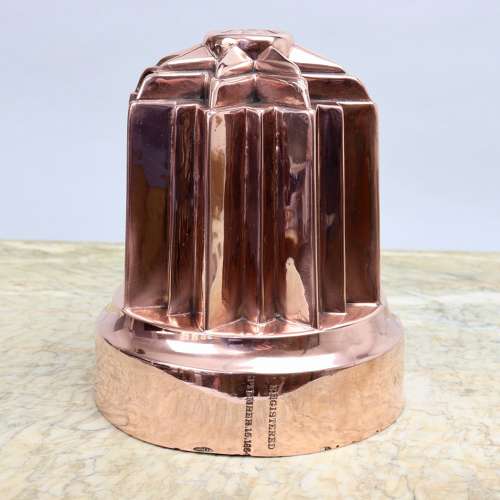 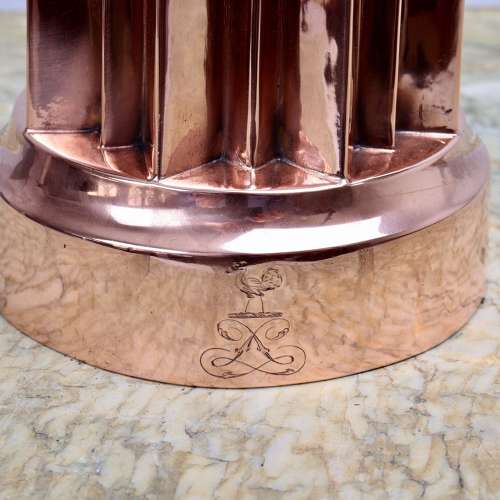 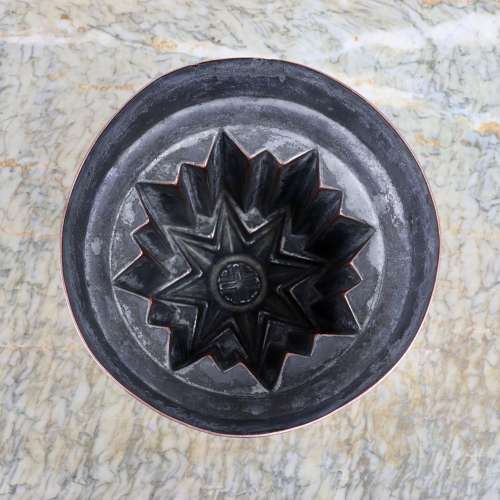