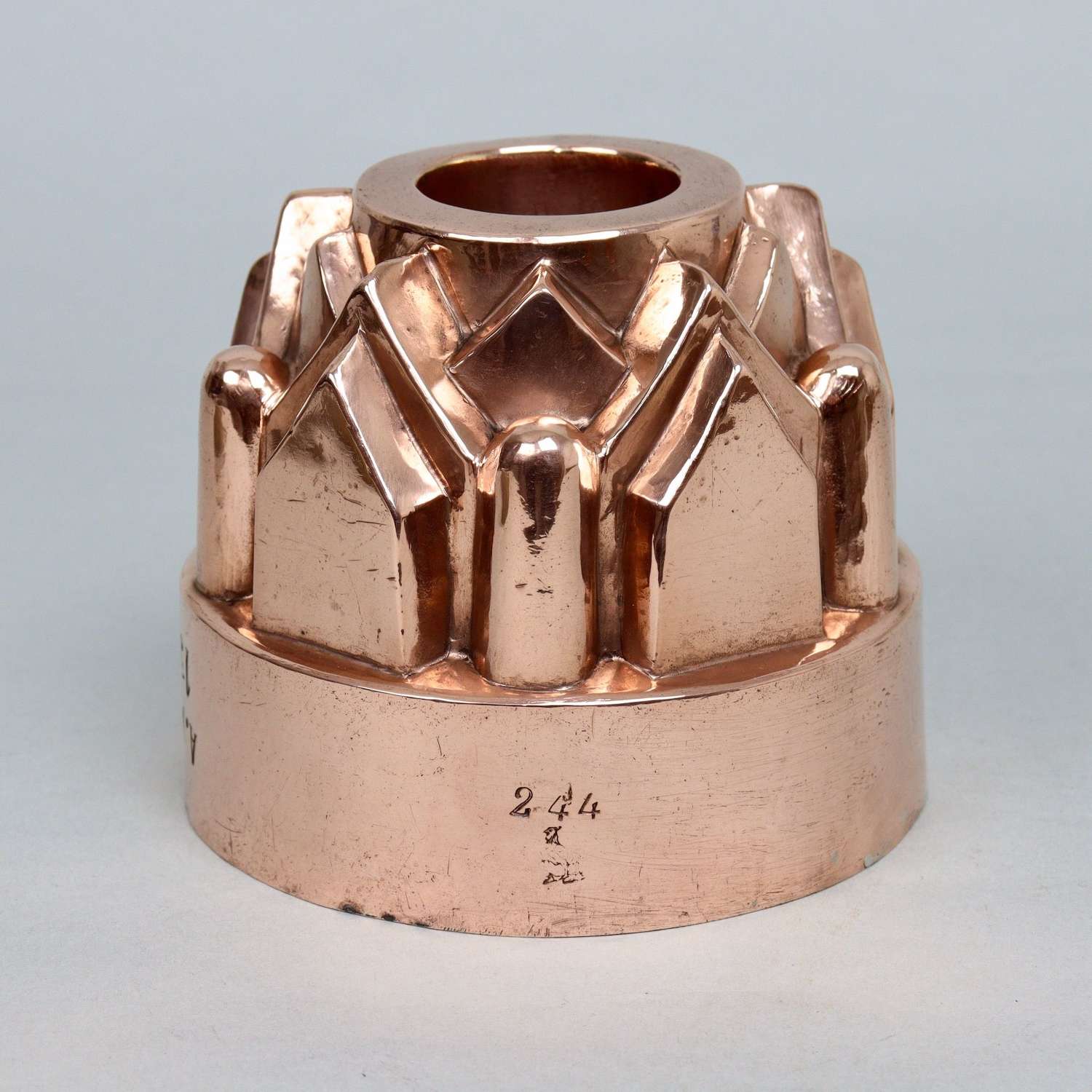 A 19th century, French copper mould with a central pipe. This is marked with a pattern number ‘244’ above a stamp which has been slightly obscured. It looks like the cockerel, which was the symbol used by the French company Letang. To the opposite side are the initials “A.M” above the number ’13’. This would be the mark of a previous owner. It is made from quite a heavy gauge of copper and it dates from c.1870. Moulds with central pipes were often used for baking as the pipe allowed the contents to cook from the centre as well as from the outside and this resulted in more even baking. The design is quite busy and consists of both angular and rounded columns.

The mould is in very good condition and the tinning, to the interior, is still in very good, usable condition. 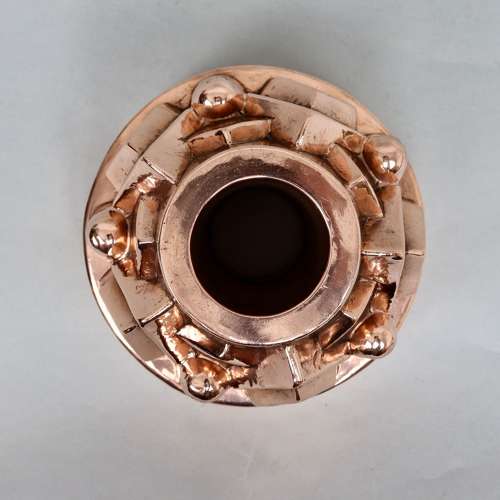 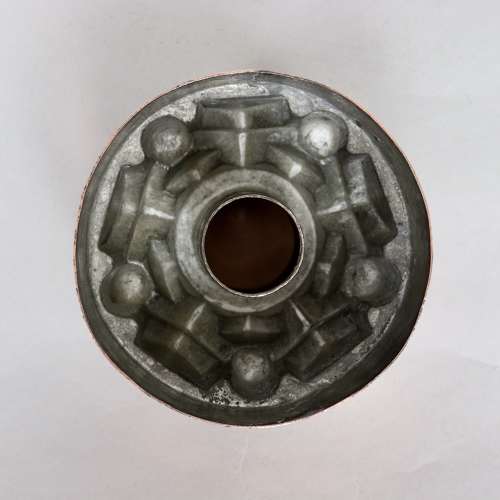