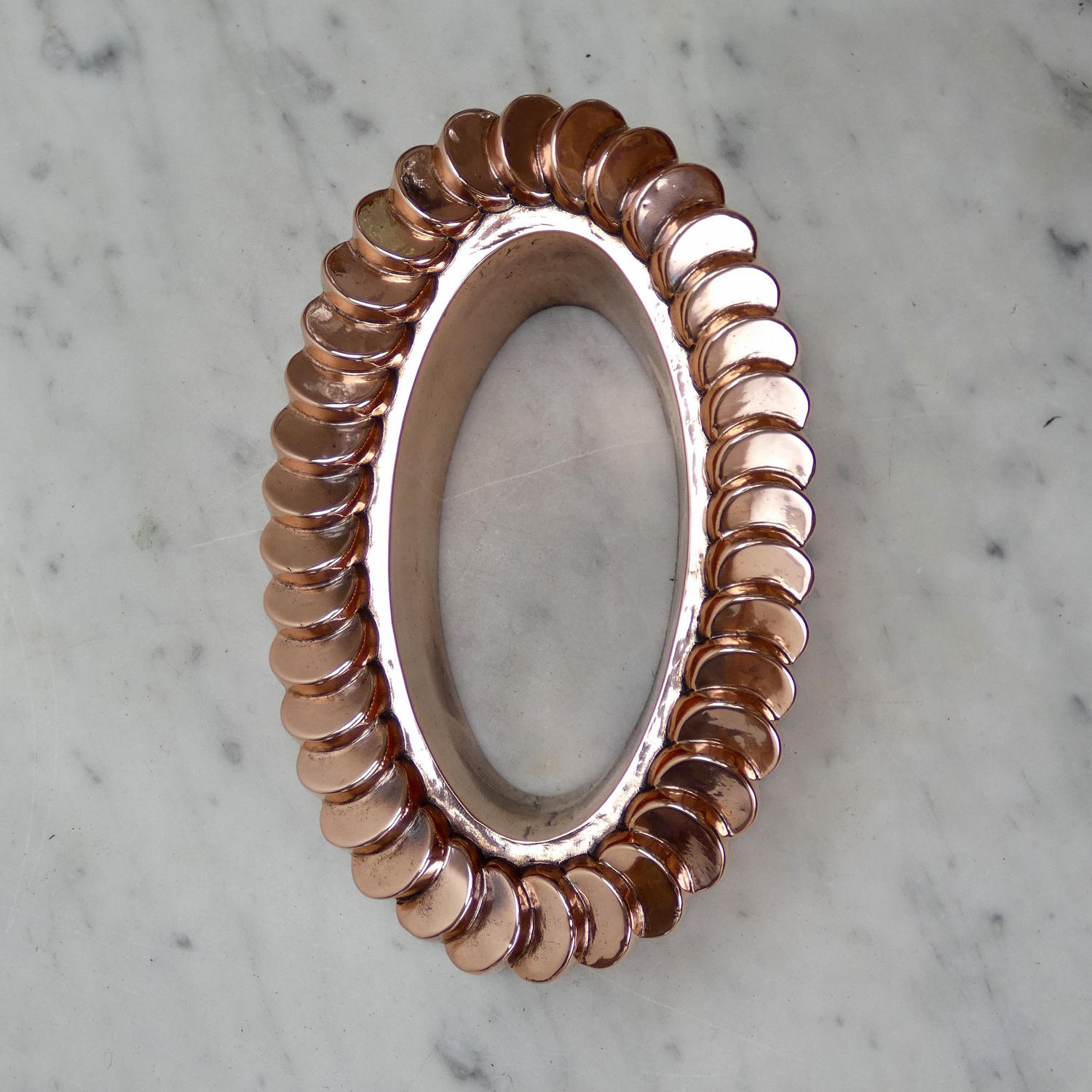 An oval, Victorian copper mould with a 'pennytop' design. This type of mould was known as a fancy border mould as it would have been used for moulding a ring of food and the centre would have then been filled with something else. Both sweet and savoury dishes were produced from this form of mould. There are no manufacturers marks but it has a pattern number '613' and it dates from c.1870. It is made from quite a heavy gauge of copper and it has a castellated seam up the inside. The design consists of a series of overlapping circles, which look like overlapping pennies, hence the name. There is some marking to the copper, on the fluted sides, but other than that it is in very good condition. The tinning, to the interior, is a little flakey.
Price includes postage within the U.K. Shipping to the U.S.A. add £15.  Western Europe add £8. 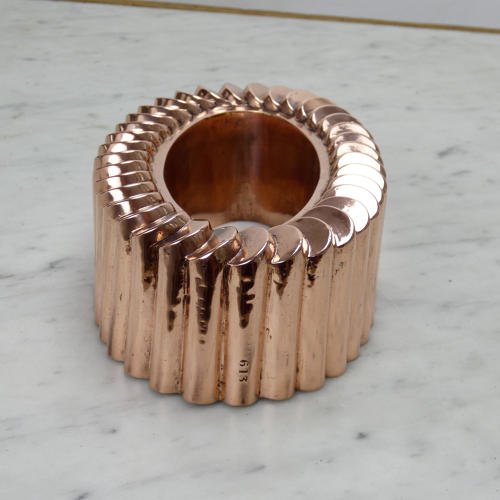