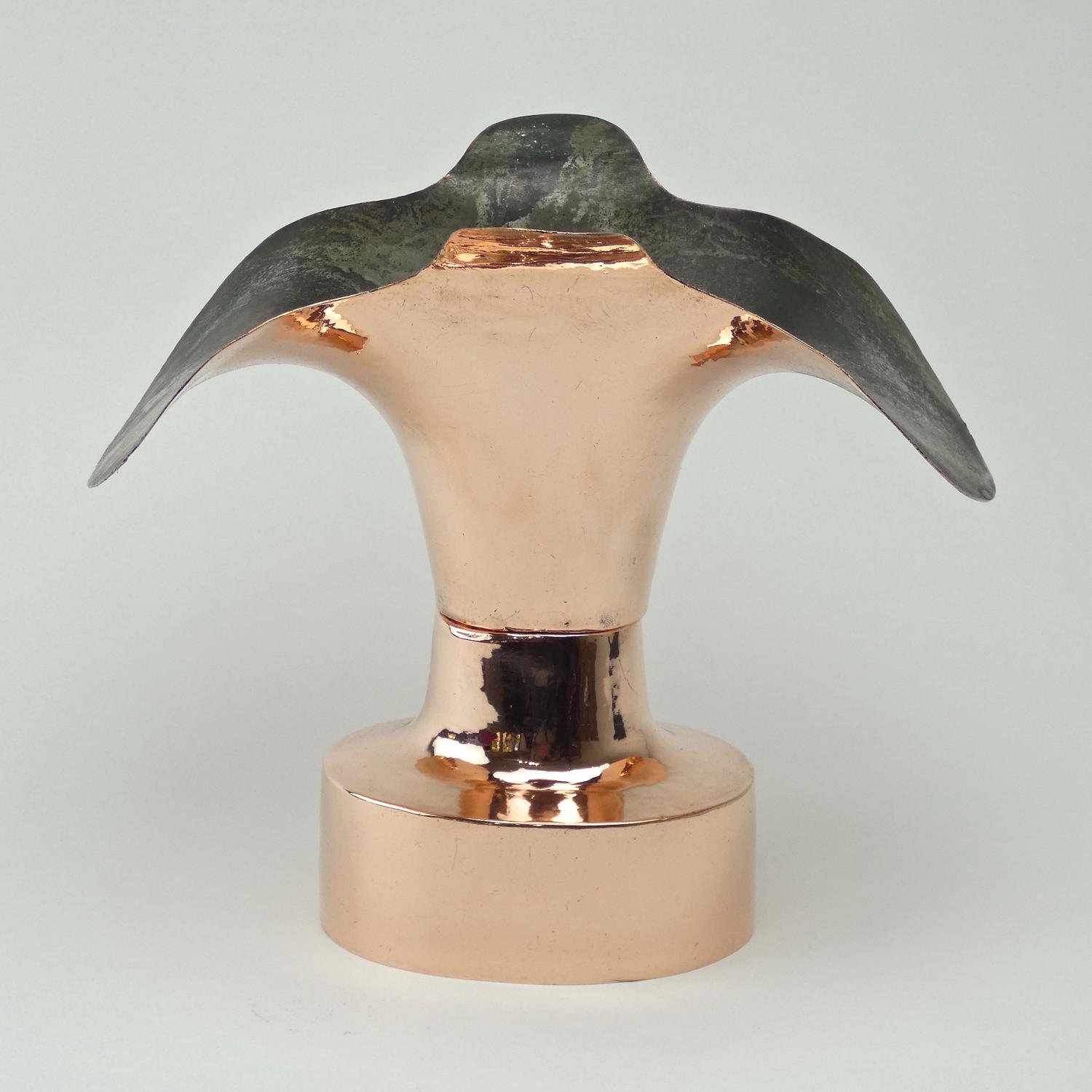 An unusual, two part copper nougat or ice mould. This is the large mould in the centre of the main image. We have photographed it alongside more regular sized moulds so that you can get an idea of the dimensions. It is unmarked but it is a French mould, probably made by Trottier, and it dates from c.1870. This is a large mould for one of its' type. It is a very elaborate shape and it is made from a substantial gauge of copper. It is well made and the two parts fit together very neatly. This type of mould was used for making a table centrepiece out of nougat or ice and this would then be filled, usually with small, fruit shaped ice creams. There is a small dent on the rim of the lower section but other than this it is in very good condition. The tinning, to the interior, is worn.
Price includes postage within the U.K., Western Europe and the U.S.A. 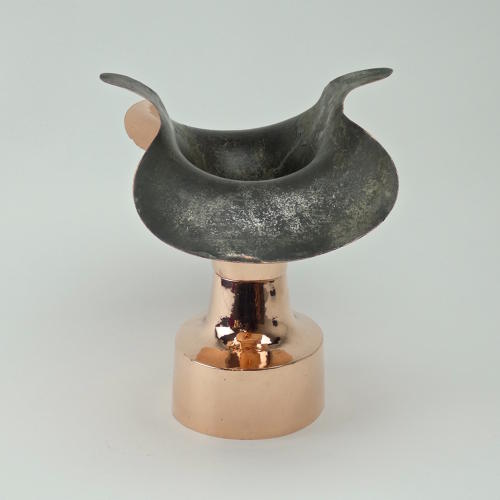 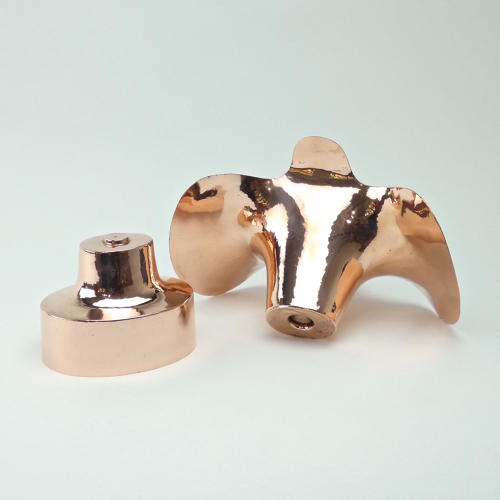 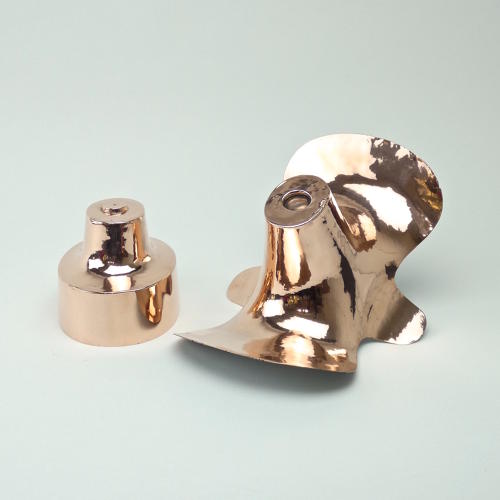 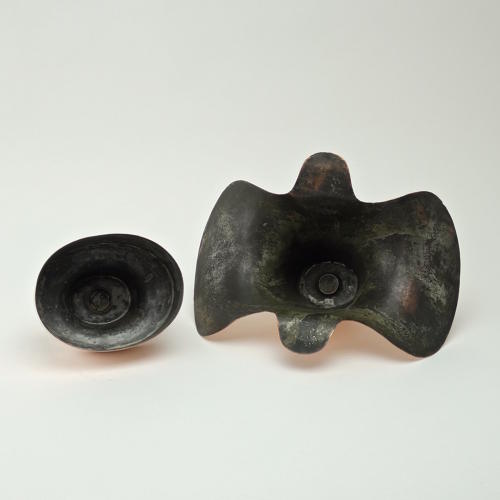