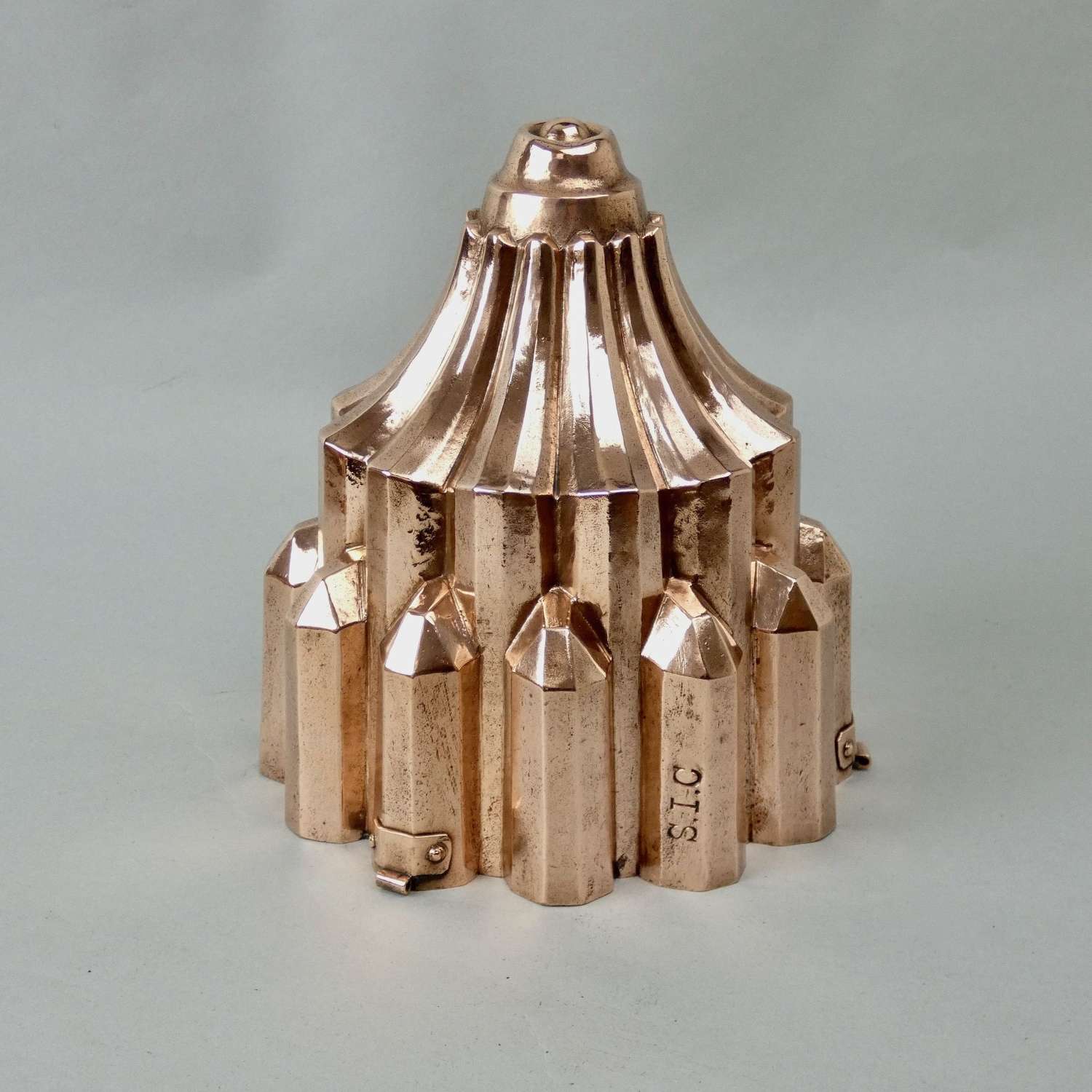 An unusual shaped, nineteenth century, copper mould. This was originally for ice cream as it would have had a lid. This is evident from the three copper fittings around the rim onto which the lid would have attached. The mould is stamped “S.I.C.” . This is one of the identifying marks which were used by St. John’s College, Cambridge. This College was established by a charter in 1511. Apparently the mould is from the collection of one of the head chefs who worked in the college kitchens.

It is made from quite a substantial gauge of copper and it dates from c.1870.  The  tiered shape has very angular columns and a small domed top. The top is pushed in just slightly and there is a little pitting to the copper, from use,  but other than that it is in good condition. The interior is worn, and flakey, so it could not be used without re-tinning. 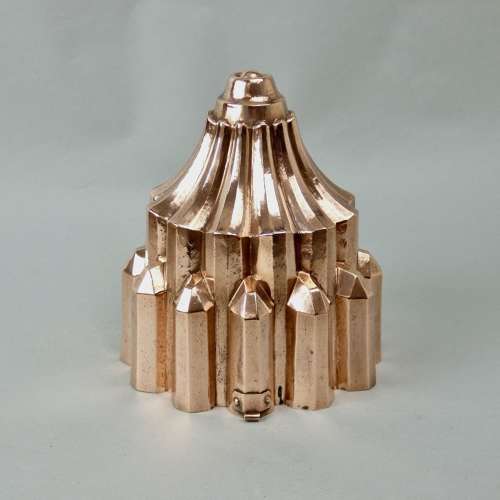 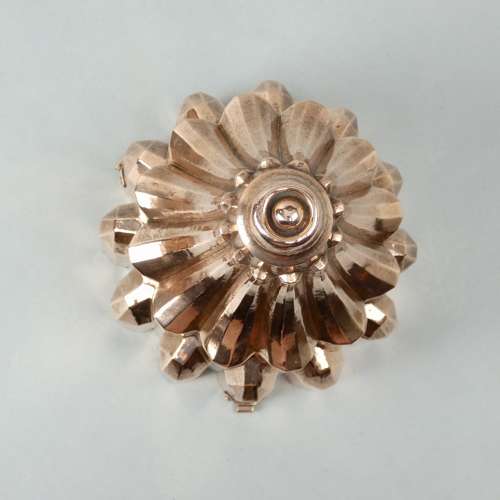 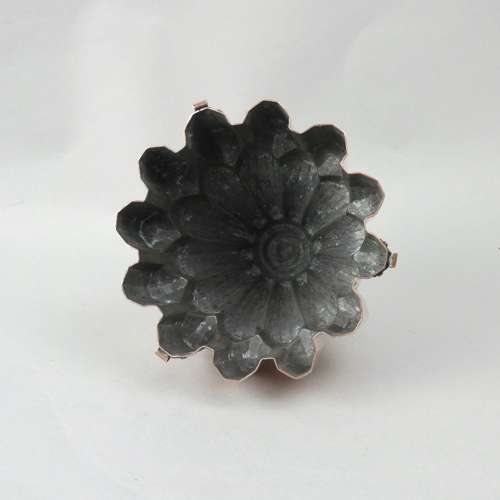