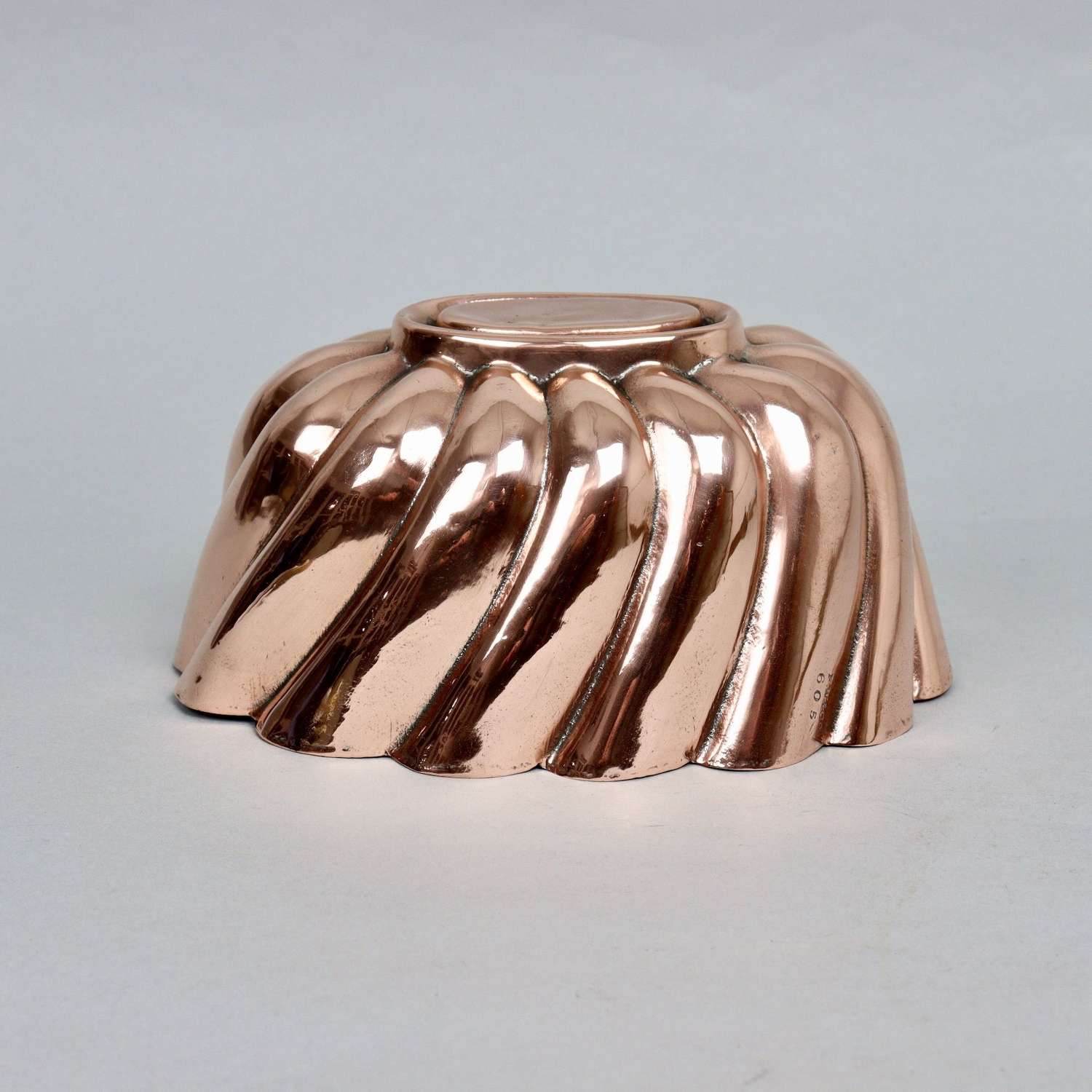 An early 20th century, copper jelly mould of wrythen, fluted form. This mould is stamped “F.W. & Co” above a pattern number ’605’. This mark is probably an early mark from F Woolworth & Co (retailers) who were established in 1879 in America but opened their first store in the U.K. on the 5th of November 1909 in Liverpool, with a performance by a full orchestra, circus acts and fireworks. The mould is made from quite a substantial gauge fo copper and it dates from c.1920. Originally it was tinned all over but the tinning has been removed from the exterior, revealing the copper beneath. There is very slight denting to the top but otherwise it is in good condition. The tinning, to the interior, is worn. 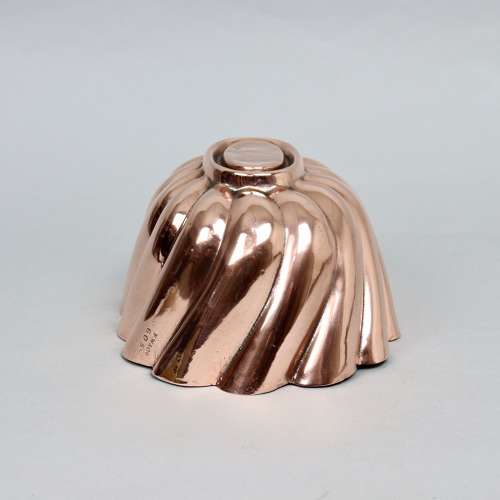 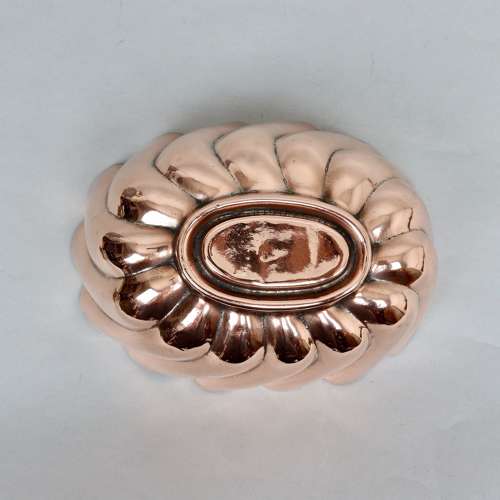 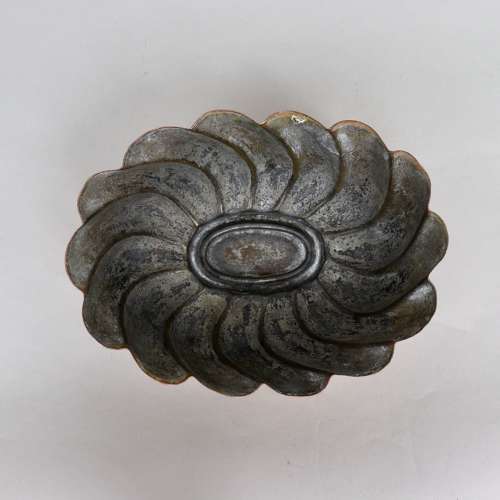