A Victorian, three part, pewter banquet mould. This piece is marked, to the inside of the base, with a registered design kite mark which dates the registration of the design to the 22nd of July 1868. It is also marked in the base with 'NO 47', which would be the pattern number, and '2 1/2 PINT' which is the capacity. To the lid is a further kite mark which dates it to the 9th of June 1877. This is quite intriguing as the two dates differ and the piece is obviously all original. The mark in the base is the one which is found in most three part banquet moulds, so it is possible that this was for the shape and the one on the lid was for the actual design. It dates from c.1880. This shape of mould usually has a group of fruits on the top but this one is quite unusual, having a very detailed bunch of grapes and vine leaves. There is some wear to the mould. The base is slightly dented and there are also a couple of deep scratches. There is minor denting to the sides, probably from where it has been held tight in something, in order to open it. Other than this it is in generally good condition and the exterior has a dark patina. The interior, although not bright, is still usable.
Price includes postage within the U.K. Shipping to the U.S.A. add £20. Western Europe add £10. 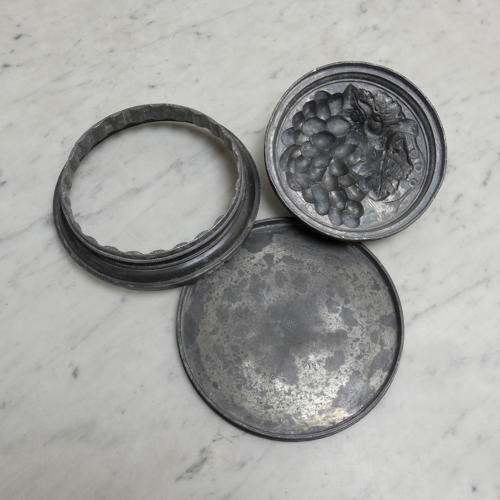 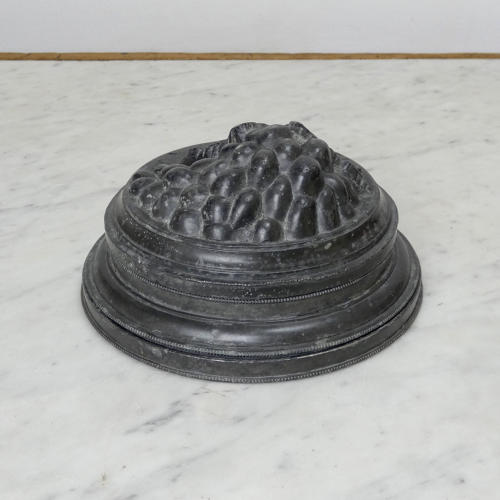 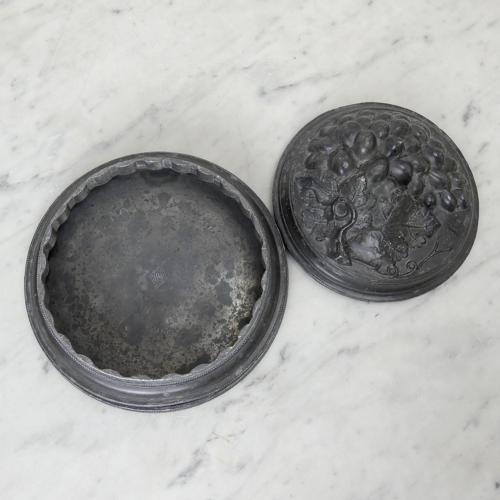