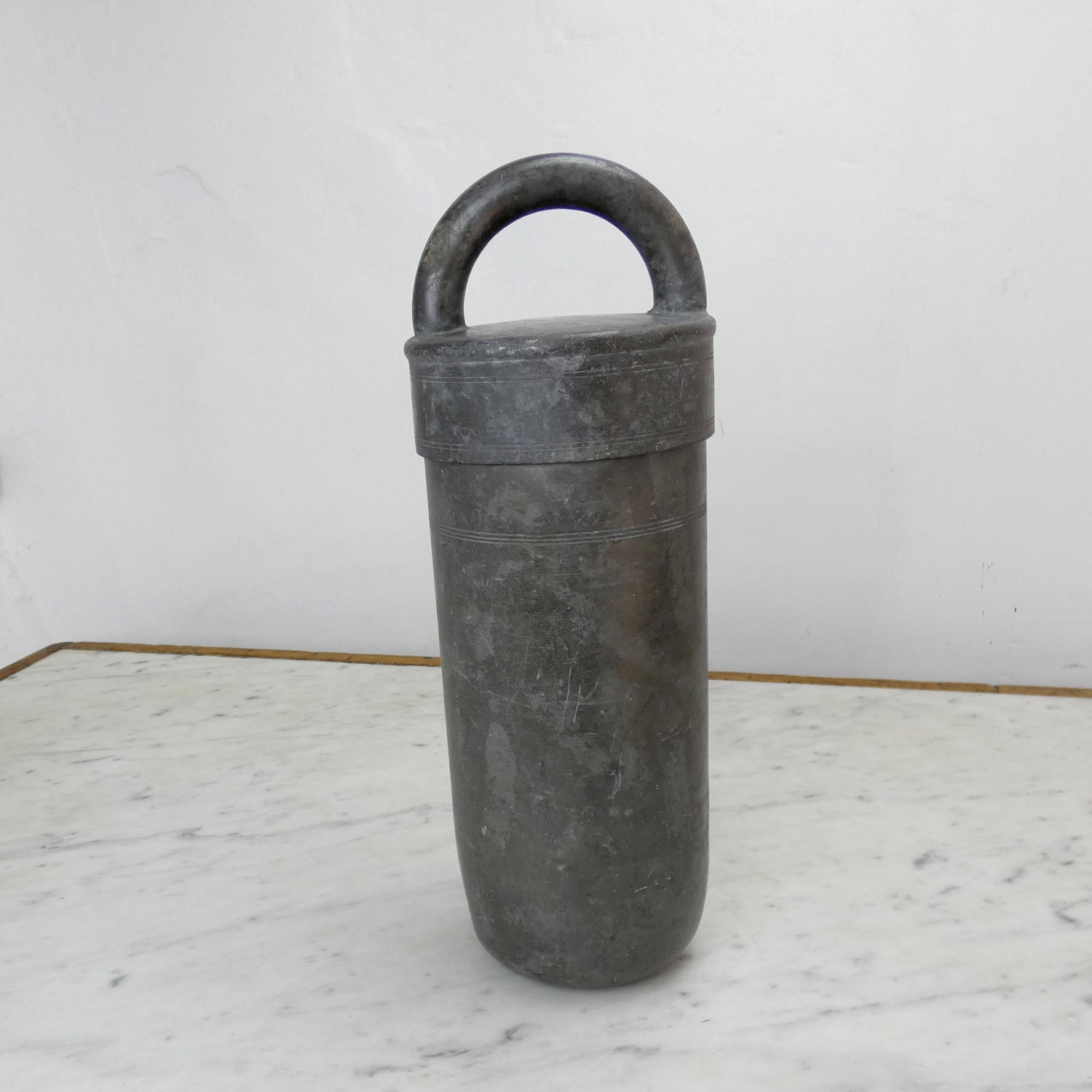 A large, French pewter sorbetiere. This piece has a very interesting mark which you can see in one of the images. I was told by the person that I bought it from that is was 18th century. So I have researched the mark and have come up with something which looks very similar, which is a Paris pewter makers mark from between 1740 and 1760. This mark, on the inside of the lid, has been struck twice so it is slightly blurred. The '2 L' refers to the size which could be two litres.  If the sorbetiere was made c.1750 then the units of measurement were different in France. There was, however, the measurement of a 'litron'  which does relate to the more recent litre so the 'L' could stand for that. The piece is quite an interesting shape as it is longer and narrower than the 19th century examples. It is in very good condition, and the interior is good, so it could still be used.
Price includes postage within the U.K. Shipping to the U.S.A. add £40. Western Europe add £10. 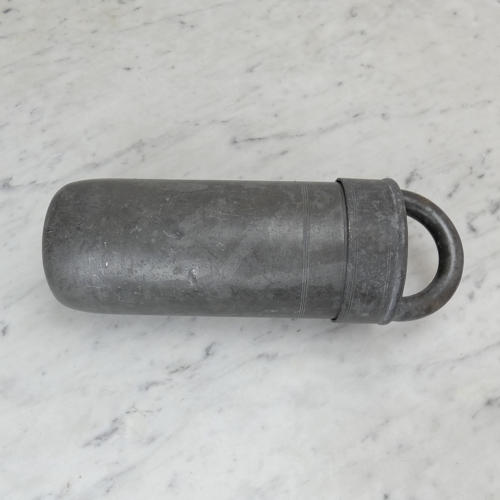 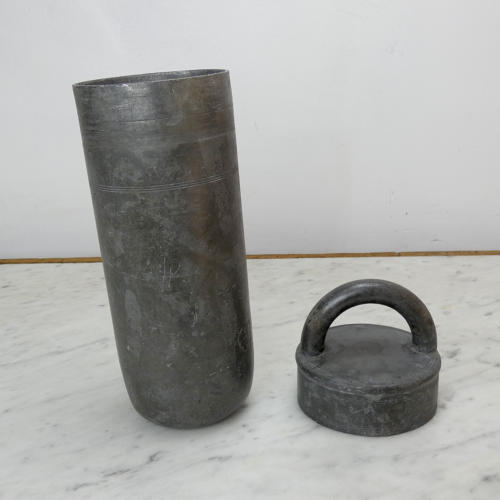 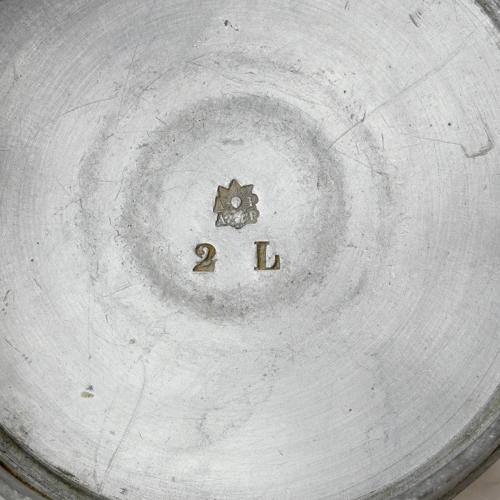