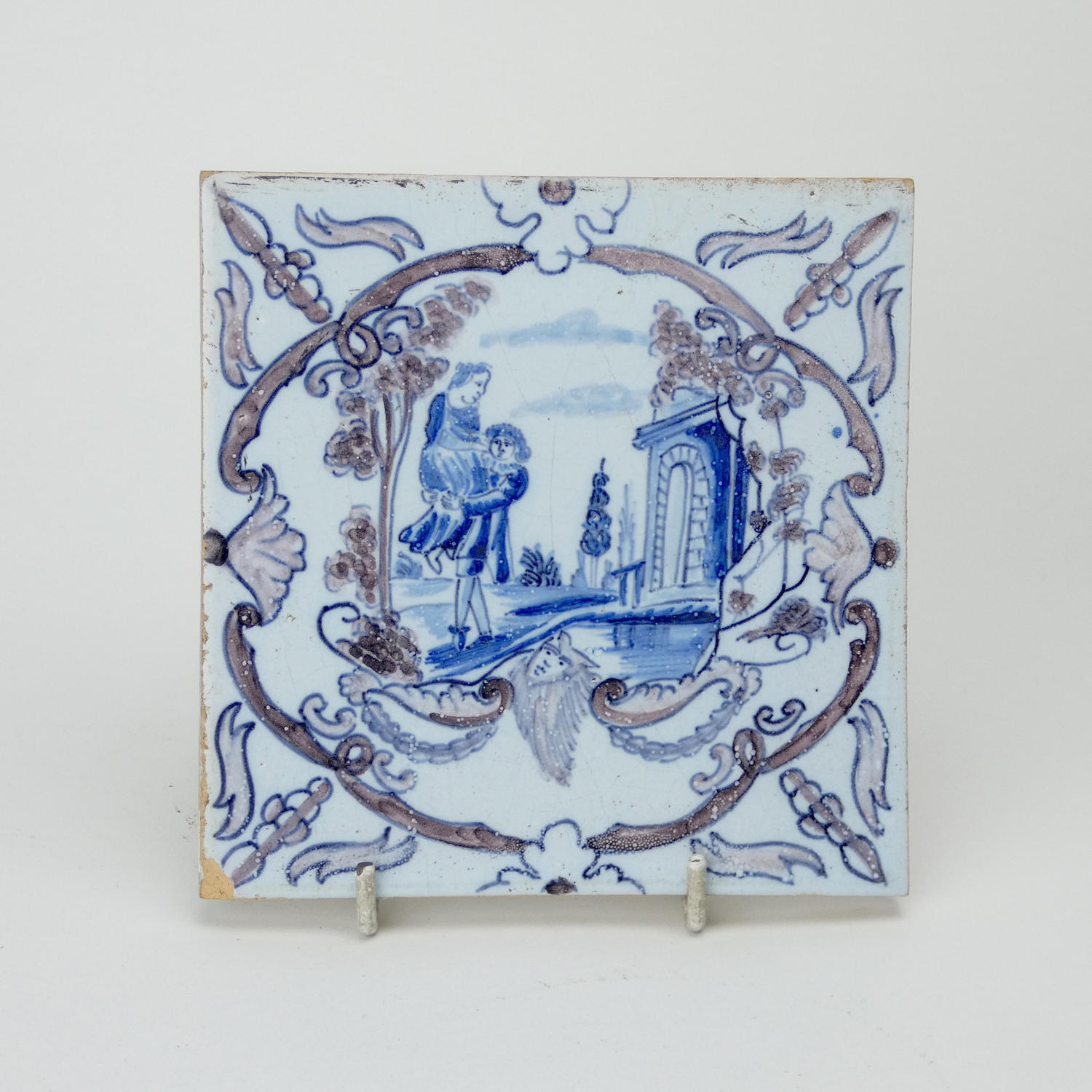 A set of 6 early 20th century French Faience  tiles in the 18th century style. Each tile has a landscape scene, in blue, to the centre, with an elaborate border in manganese. The designs are based on 18th century Delft tiles but each tile is marked 'GEO MARTEL DESVRES MADE IN FRANCE' and they date from c.1920. There are four designs in total, two tiles of one design, two of another and two different. The conditions vary, as they have been set into something and now removed, but they can all be seen in the individual images.
Price includes postage within the U.K.  Shipping to the U.S.A.  add £30.  Western Europe  add £15. 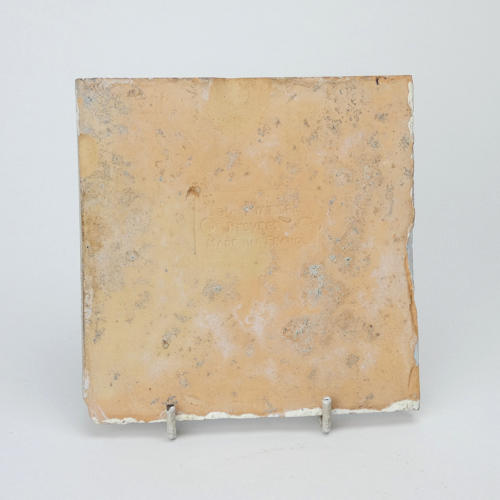 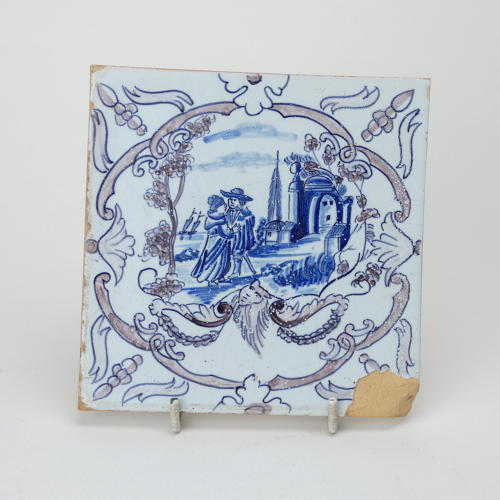 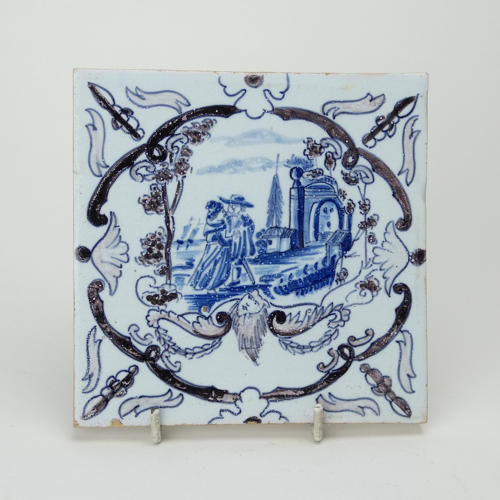 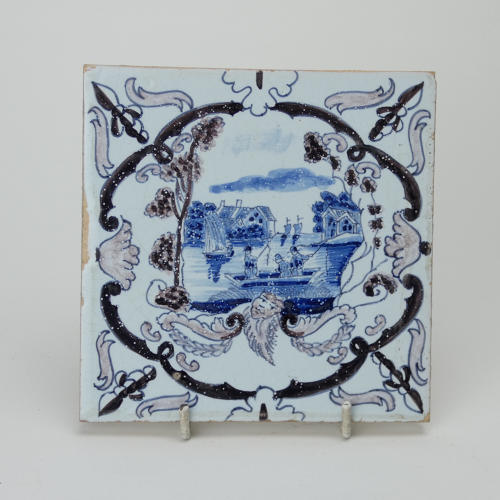 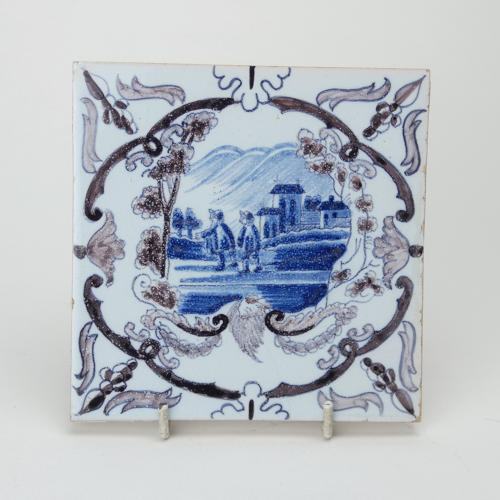 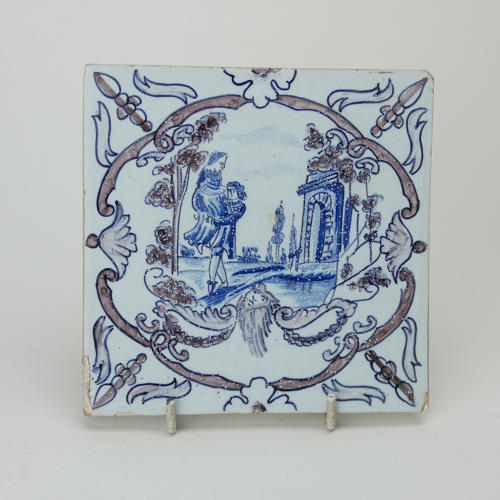