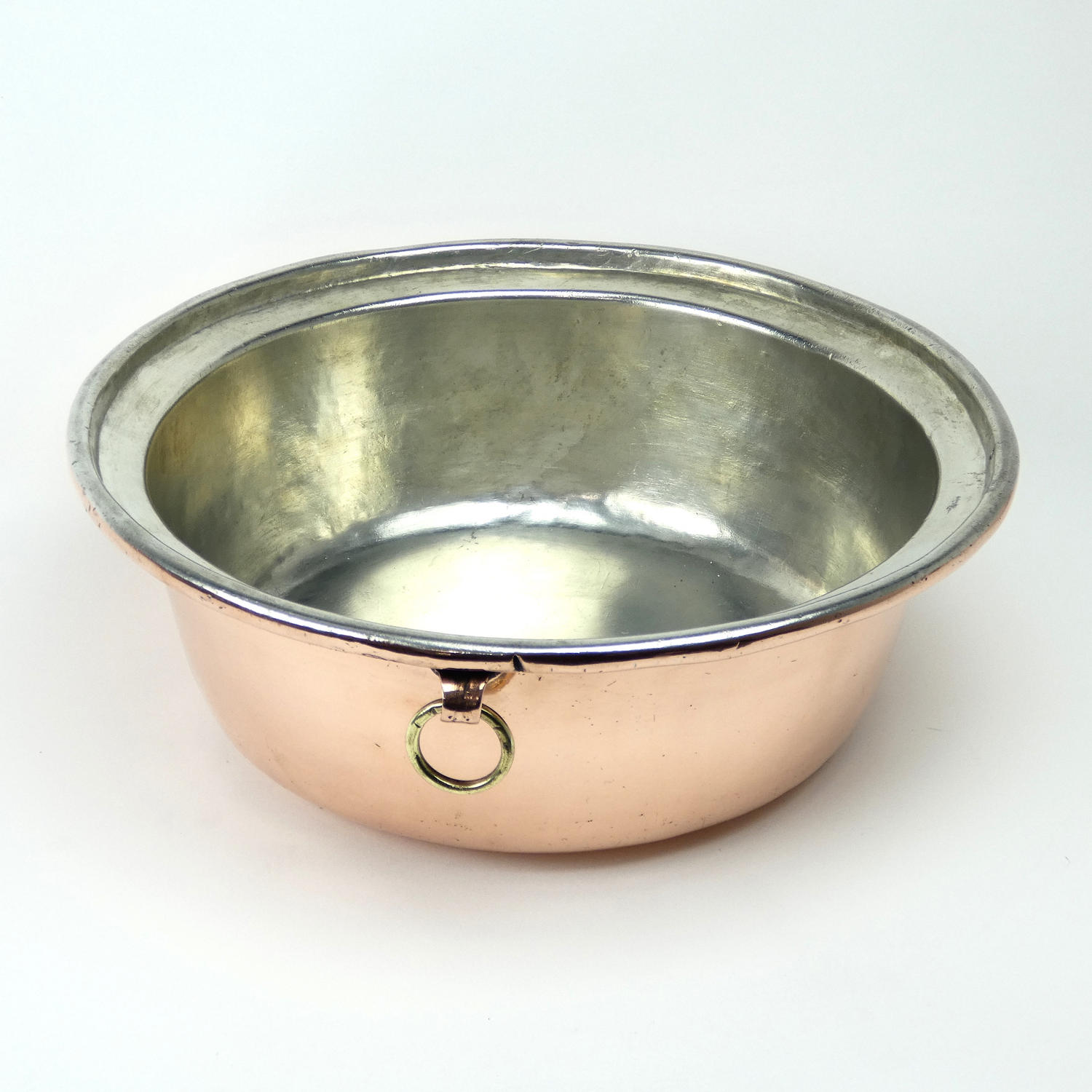 A very heavy, 19th century, French copper mixing bowl, dating from c.1860. This piece is very similar in shape to a preserve pan but, being tinned, it would have originally been made as a mixing bowl, or for general cooking. The base is slightly rounded in form so it would only be useable on a gas stove. It is made from a very heavy gauge of copper, it has a rolled rim, and there is a small, brass hanging loop attached to the side. It is in very good condition and we have had the interior re-tinned so that it can be used. 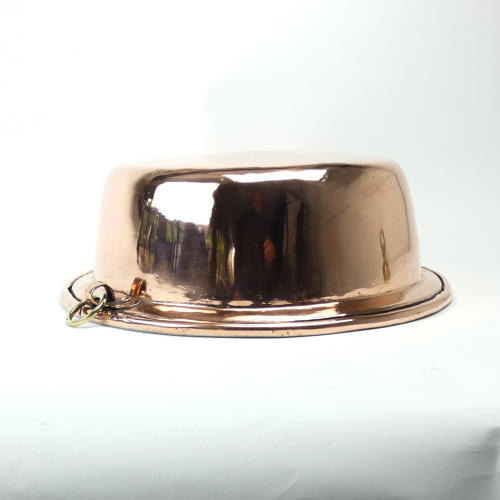