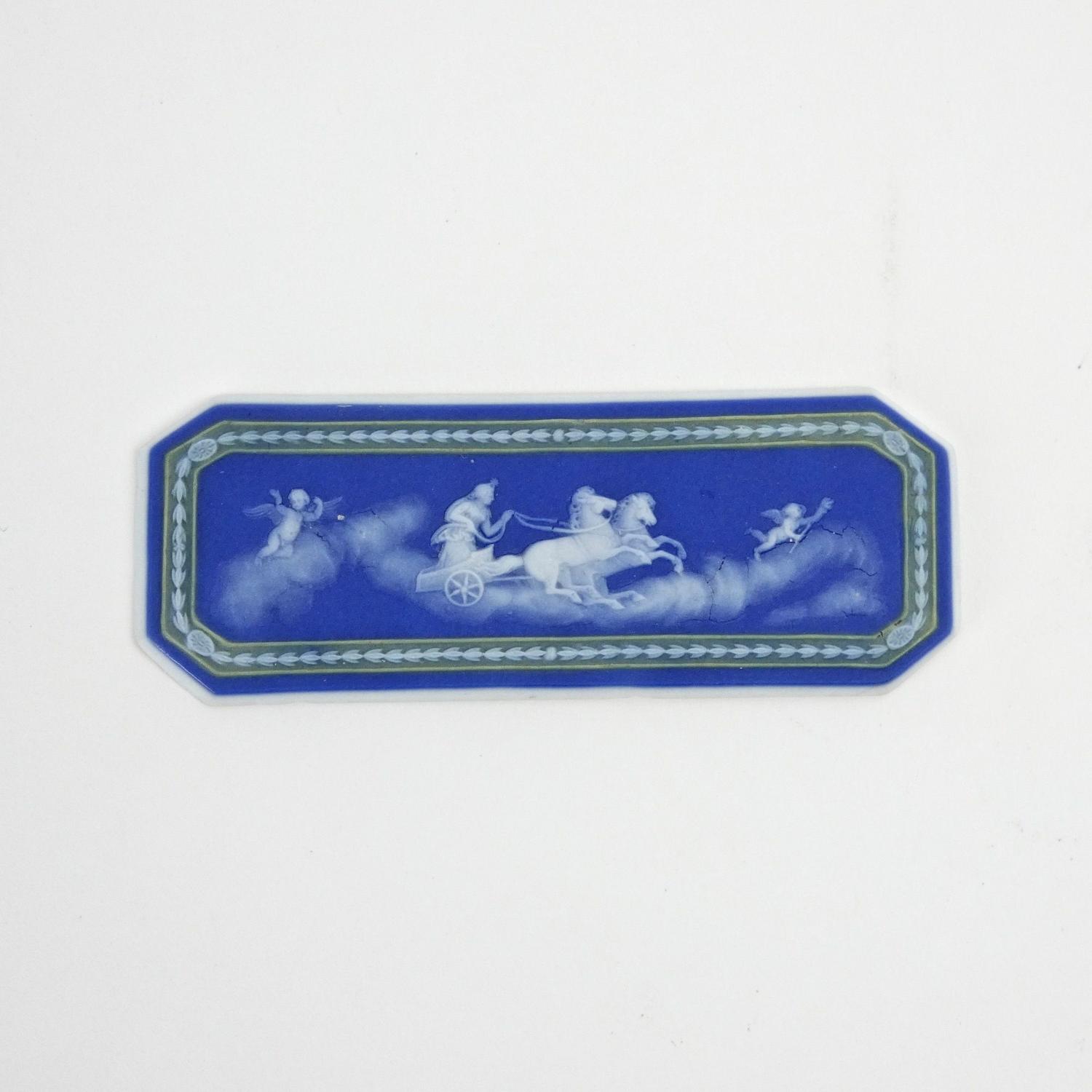 A superb quality, 18th century, three colour jasperware cameo. This piece is marked 'WEDGWOOD' and it is also impressed with a large letter 'G' which would be the workman's mark. It dates from c.1790. The design shows a charioteer and two cupids amongst clouds. The detail in the relief is very fine. The relief is in white jasper, against a dark blue background, with a green border. The rim of the cameo is lapidary polished which is a process that Wedgwood ceased using at the end of the 18th century. There are three tiny chips on the reverse of the cameo but these are not visible on the face.
Price includes postage within the U.K. Western  Europe and the U.S.A. 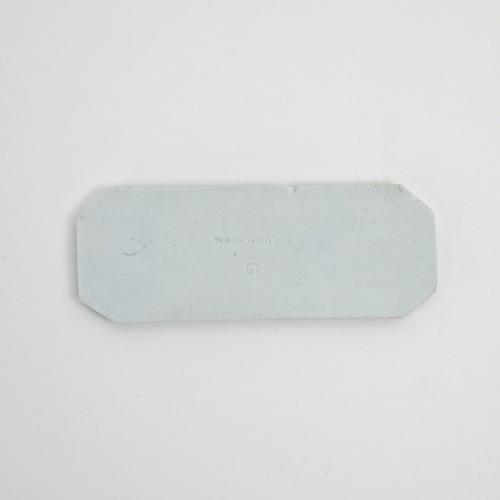