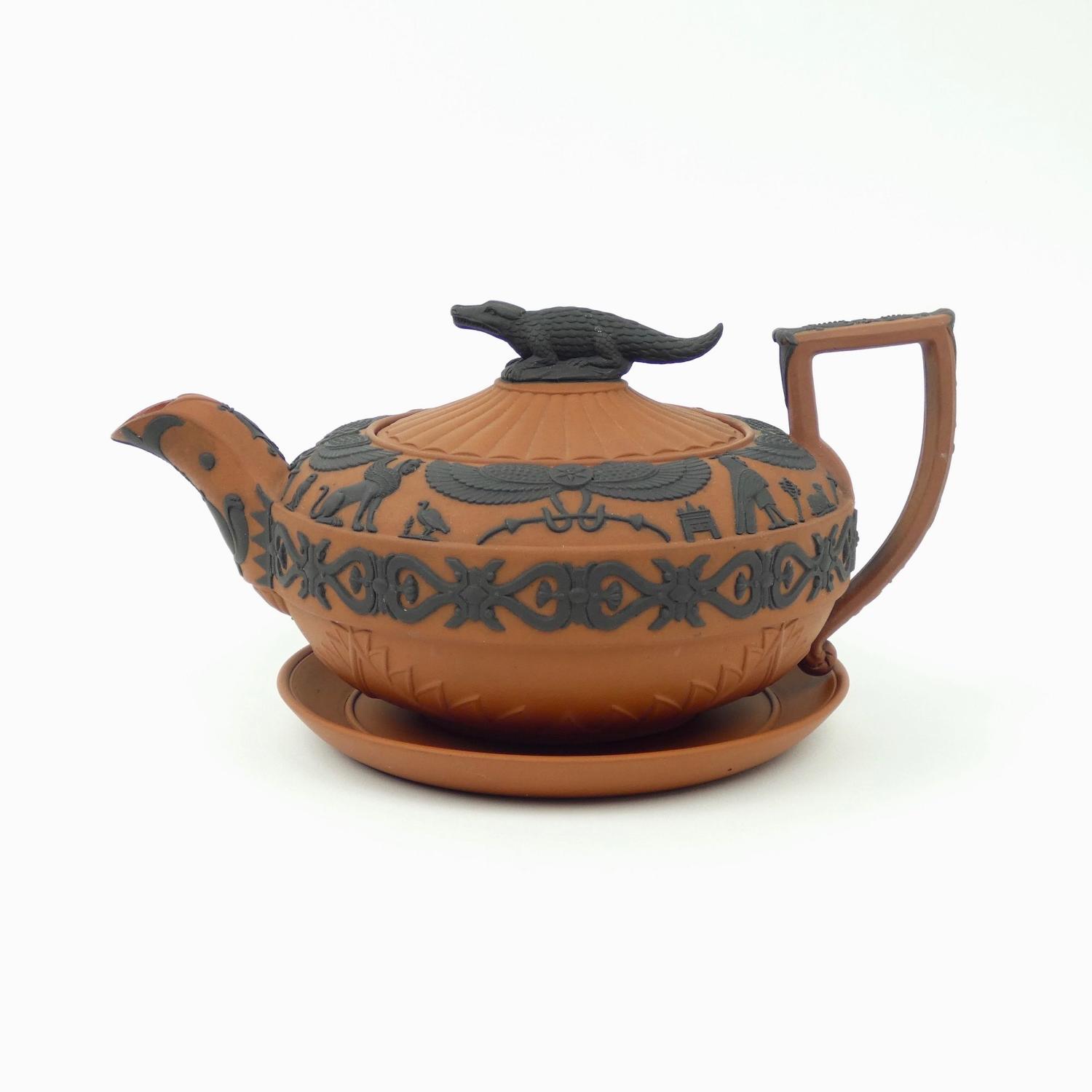 A Wedgwood, rosso antico, Egyptian teapot, cover and stand. This is a very stylish piece. Wedgwood produced their first series of Egyptian items to commemorate the Battle of the Nile which took place in 1798. This teapot is marked 'WEDGWOOD' and it dates from c.1805. There is also an impressed letter 'W'. The stand is also marked 'WEDGWOOD' but it has an impressed number '8'. The body of the pot is a dark red terracotta and it is decorated in black relief. The teapot has a beautifully modelled crocodile as a finial to the lid and the body of the teapot is decorated with a variety of Egyptian motifs and hieroglyphics. The stand is  plain, with no reliefs, and is possibly slightly later in period that the teapot, dating from c.1820. There is some excellent, professional restoration to the handle of the teapot. It had been off and has been re-attached. This is not really visible unless under a very strong, white light. I know that it has been done as I had this teapot restored in the early 1990's. It has now come back into my possession as I have recently bought a number of items from a collector that I used to sell to in the 90's. Other than that it is in very good condition.
Price includes postage within the U.K., Western Europe and the U.S.A. 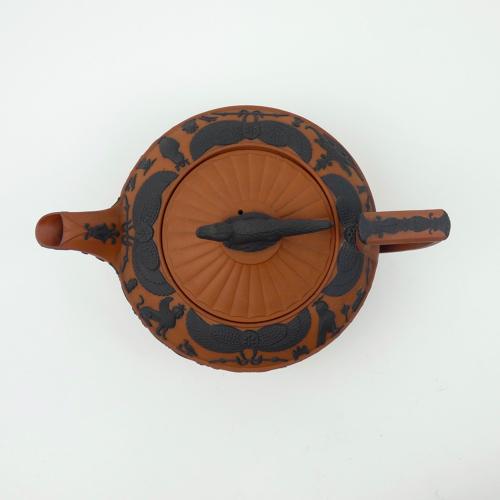 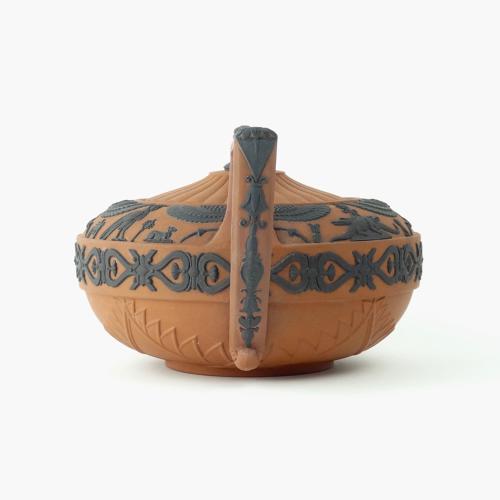 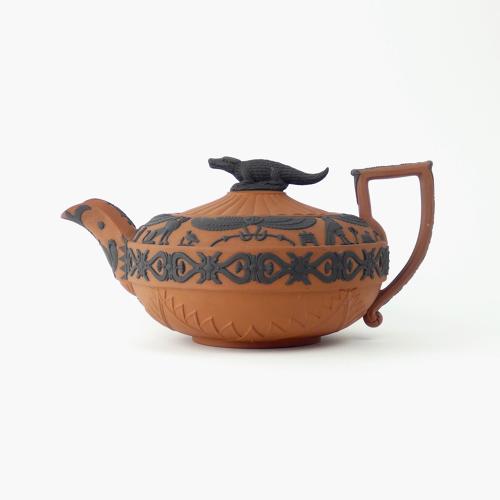 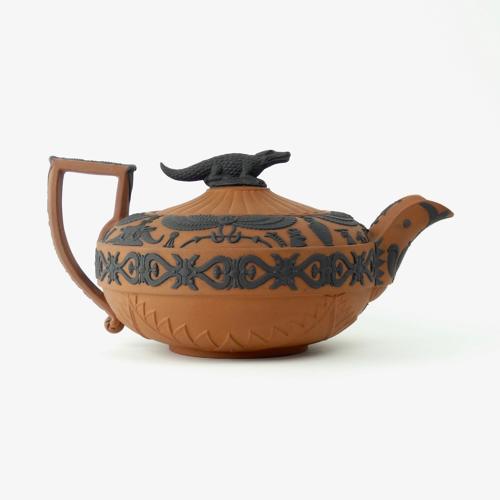 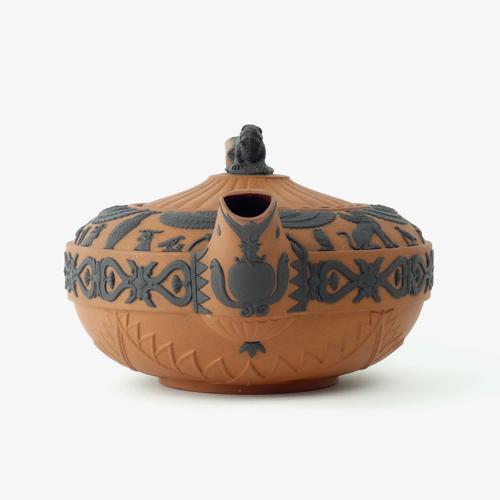 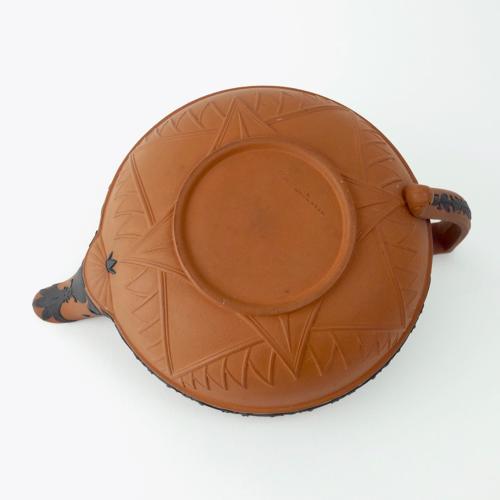 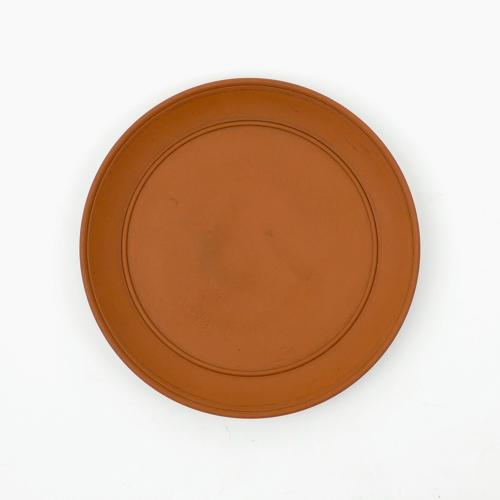 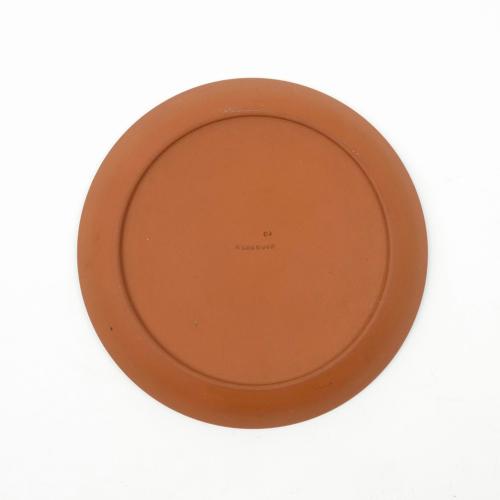