A fine quality, 18th century, Wedgwood, three colour, jasper dip cameo. This piece is marked 'WEDGWOOD' and it dates from c.1790.  The white relief decoration depicts a warrior on a black dip ground. There is then a border of leaves against a green surround. The relief is very finely detailed and the rim of the cameo is lapidary polished. This is something that was only done in the 18th century. It was time consuming and expensive so it was a practise which ceased as items became more mass produced in the 19th century.  There is a small chip to the reverse, which can be seen in the image, but other than that it is in good condition.
Price includes postage within the U.K.  Shipping to the U.S.A.  add £10.  Western Europe  add £5. 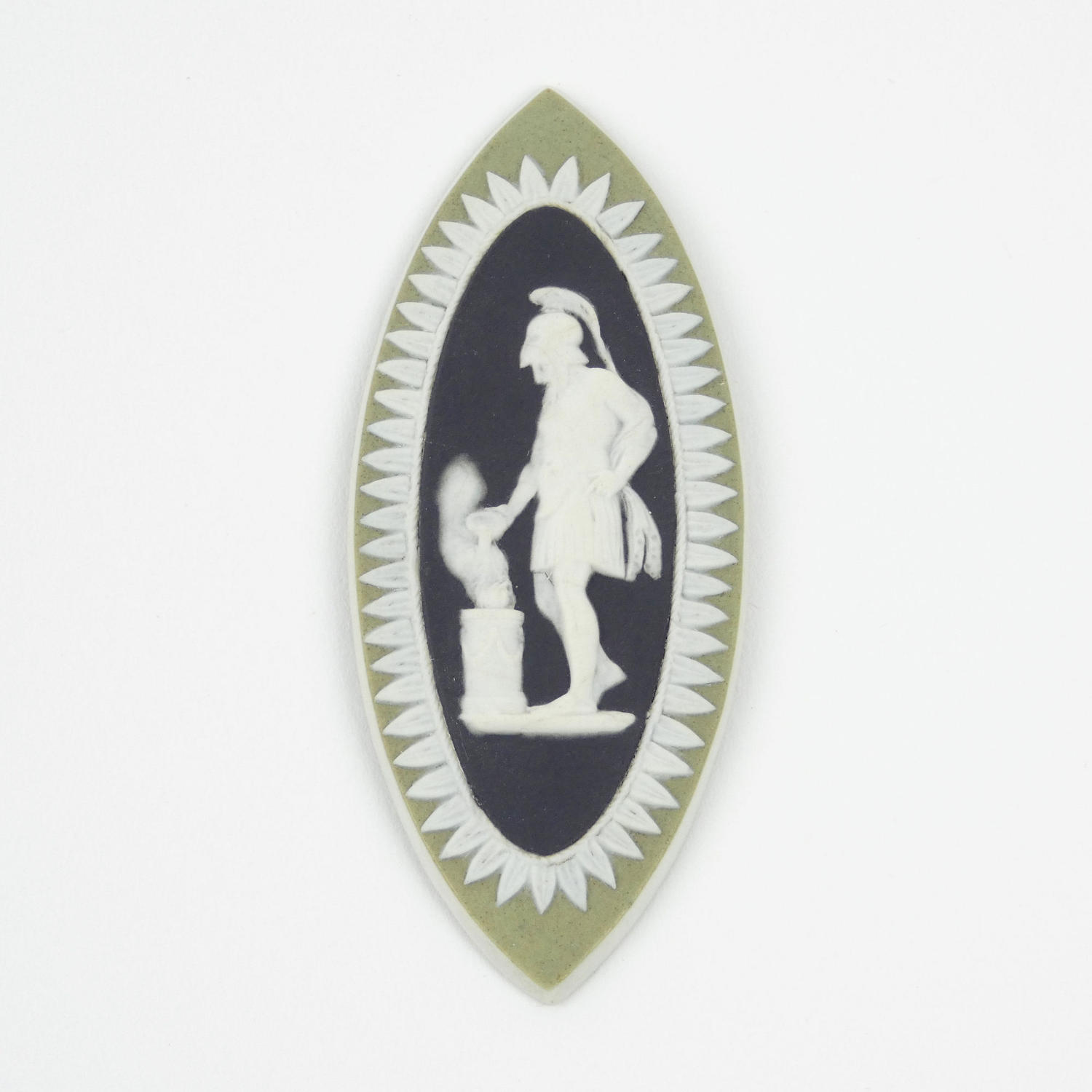 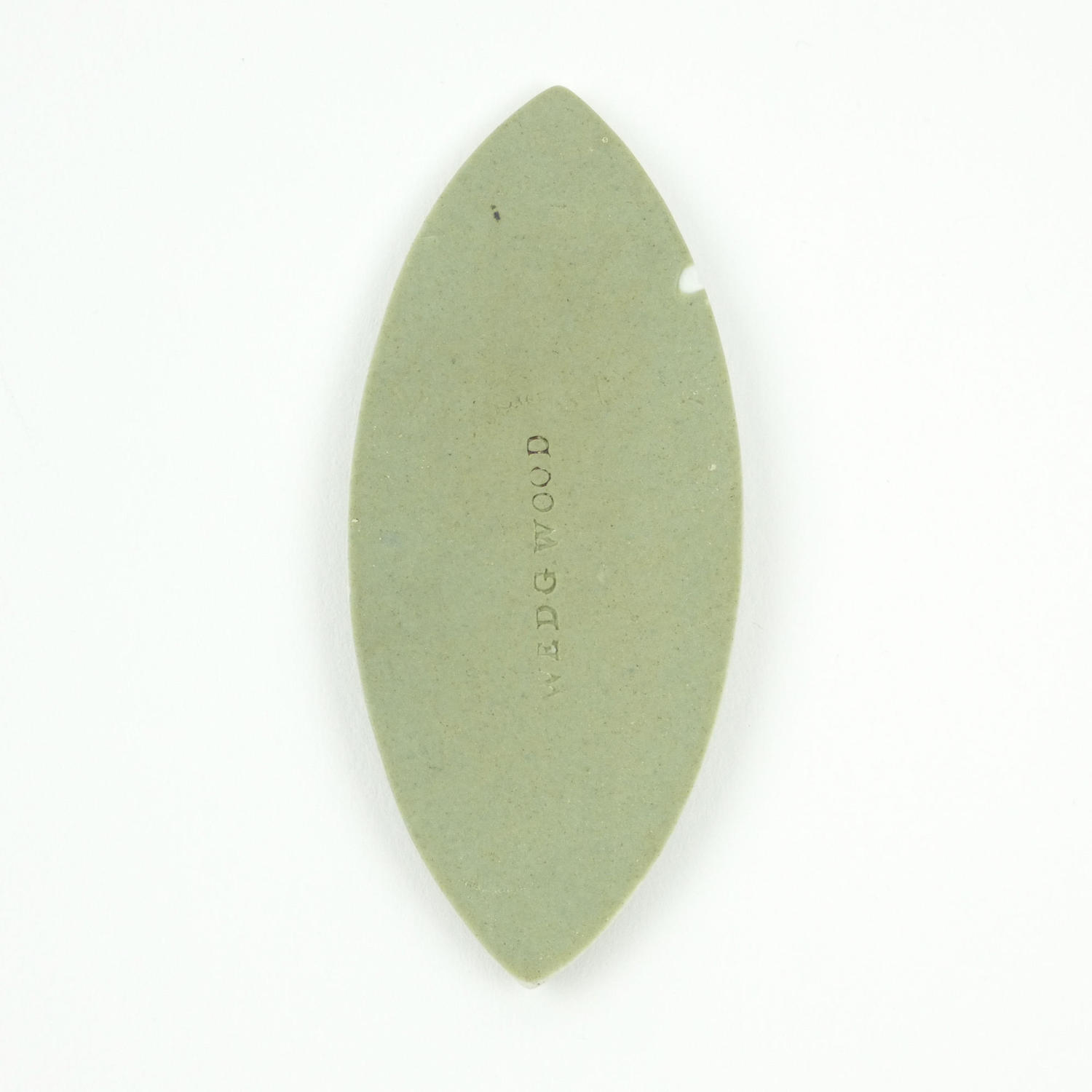