A large, and interestingly shaped, 19th century copper mould. This mould is French and it dates from c.1870. It is three tiered and the central tier, which is scalloped, is also quite angular, so it has very sharp lines. It is made from quite a heavy gauge of copper and would have been a cake mould. Cakes of this size were for baking, and can be thought of as very elaborate baking tins. The top of this mould is very slightly misshapen but other than this it is in very good condition. The tinning, to the interior, is worn so it could not be used. However, it is a very decorative example.
Price includes postage within the U.K. and  Western Europe. For shipping to the U.S.A. add £15 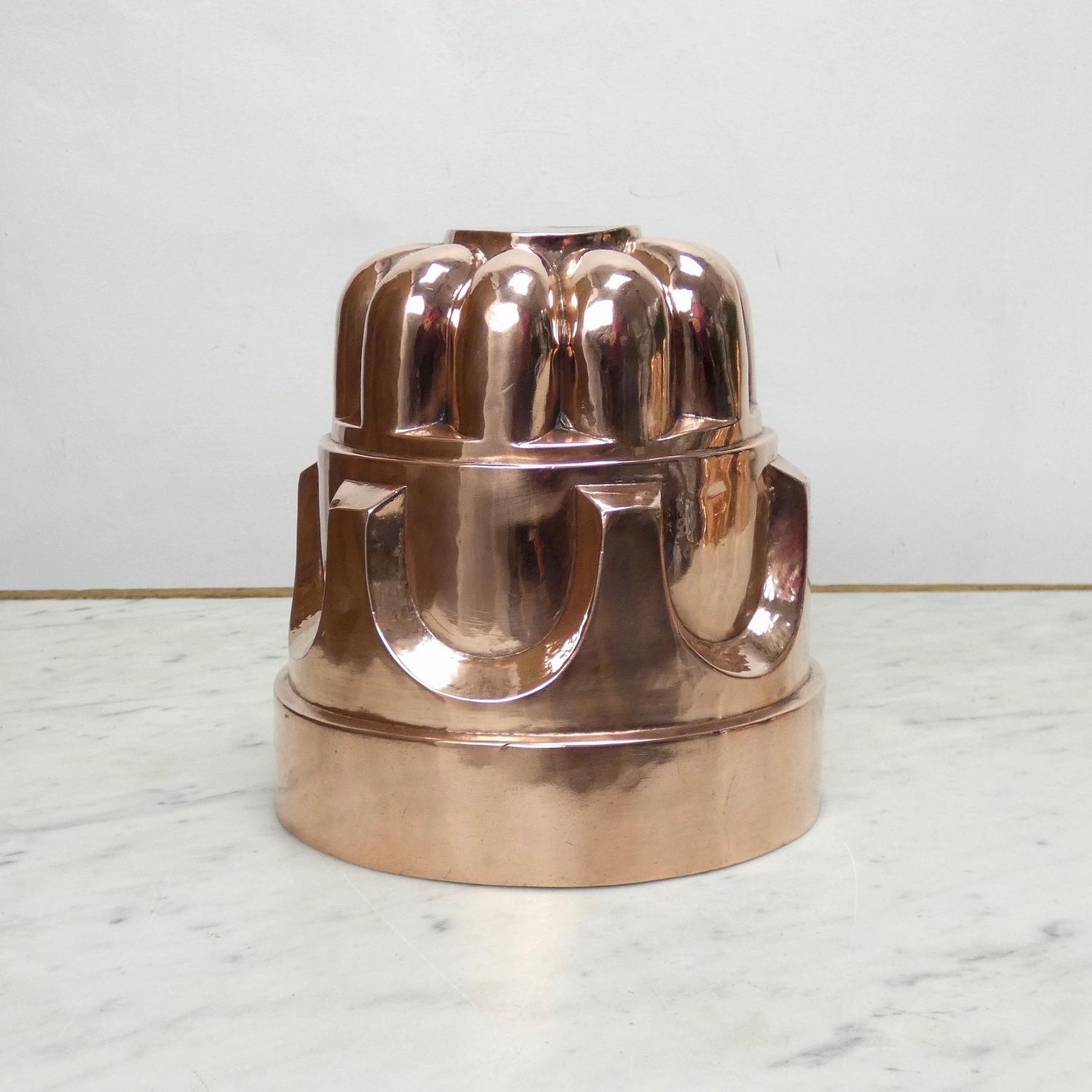 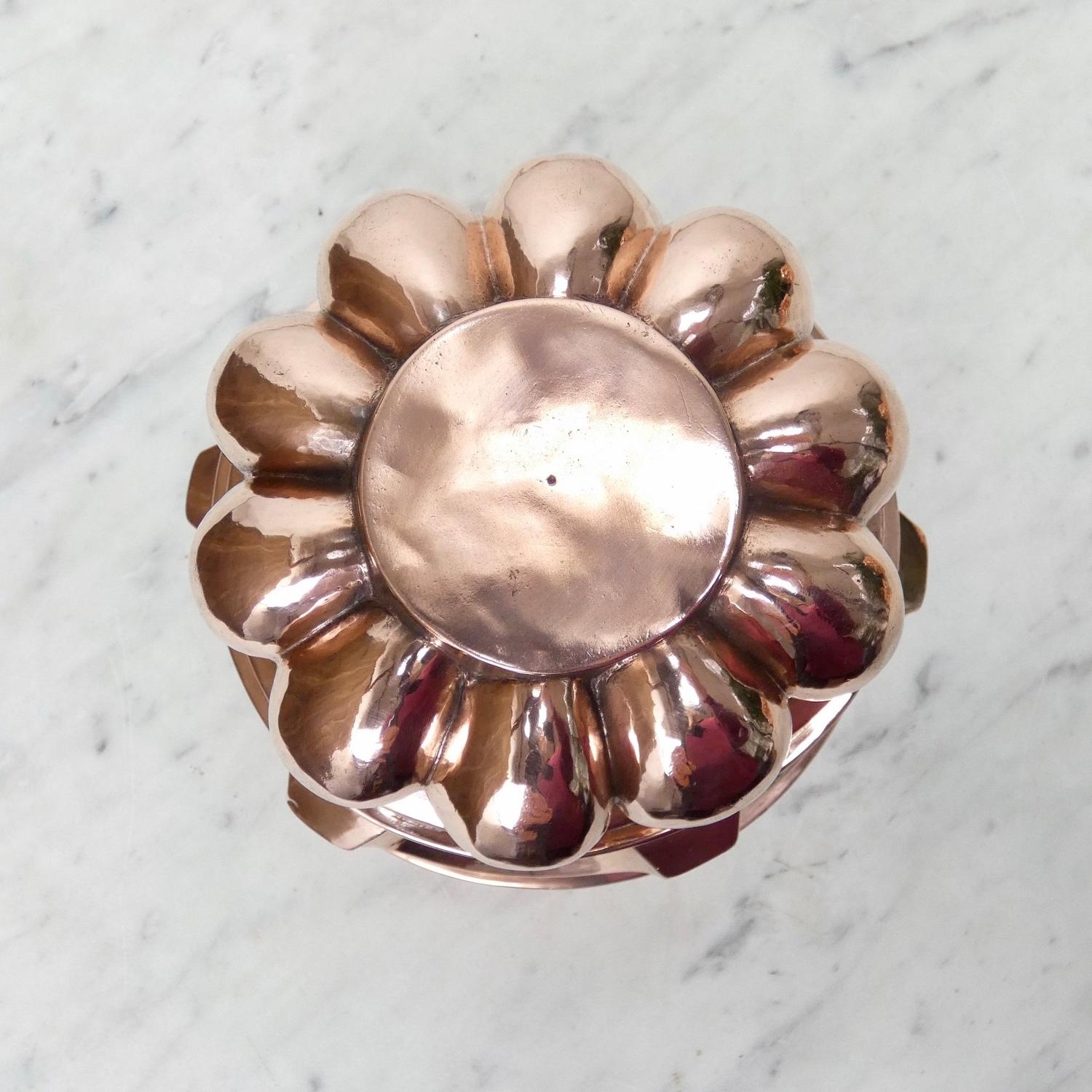