An unusual, shallow, pearlware mould with a pineapple to the base.This mould is made from quite a heavy pearlware, with a very rich blue glaze, and it dates from c.1790. It has three, simple peg feet to the base and these allow it to stand when it is being filled. The design is deeply moulded and it is very detailed. There is a fault to the rim on the face of the mould. It has been bumped, and there are two short cracks, but this has not resulted in a chip. There is also a further firing fault to the underside of the rim. These can be seen in the images.
Price includes postage within the U.K. Shipping to the U.S.A. add £25. Western Europe add £10. 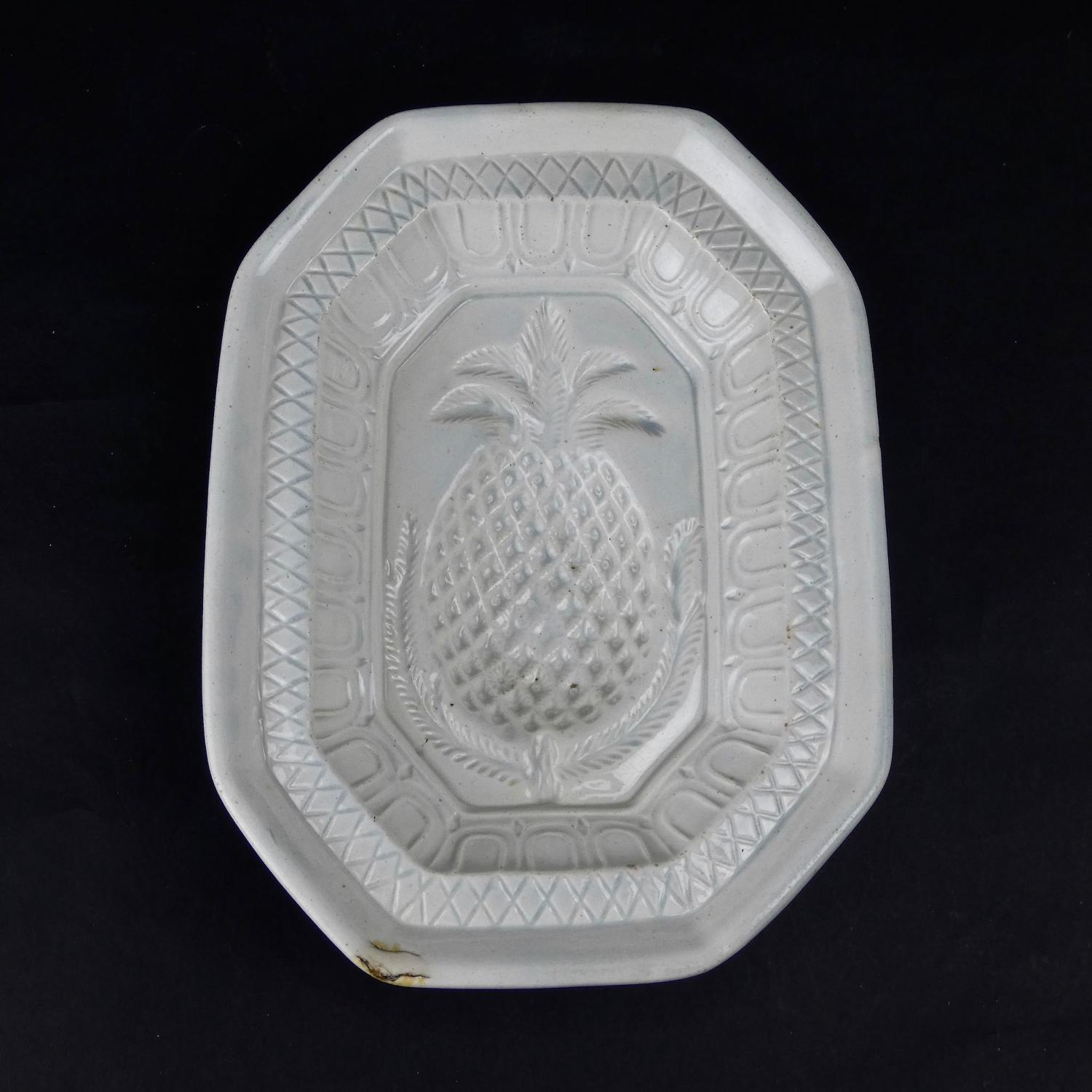 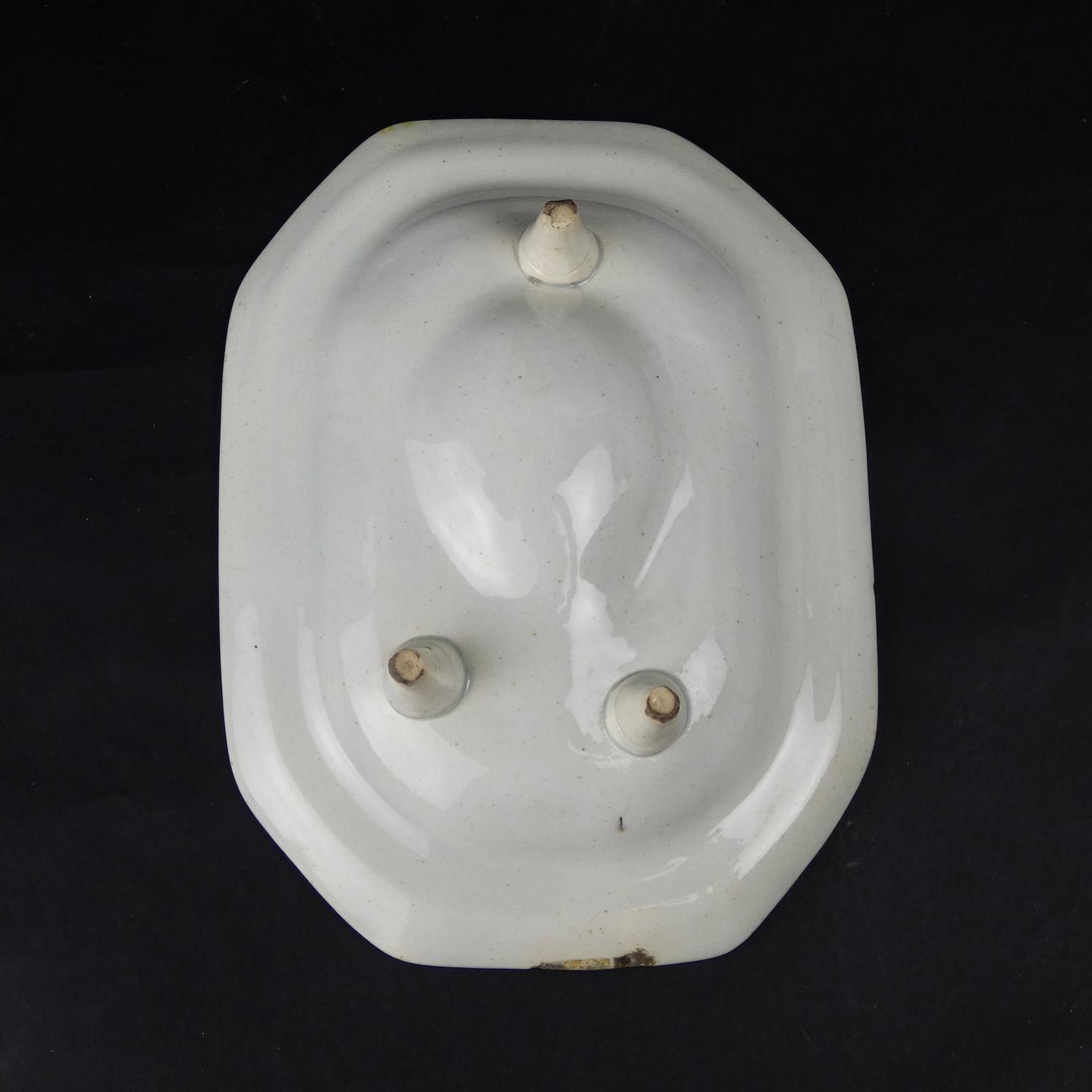 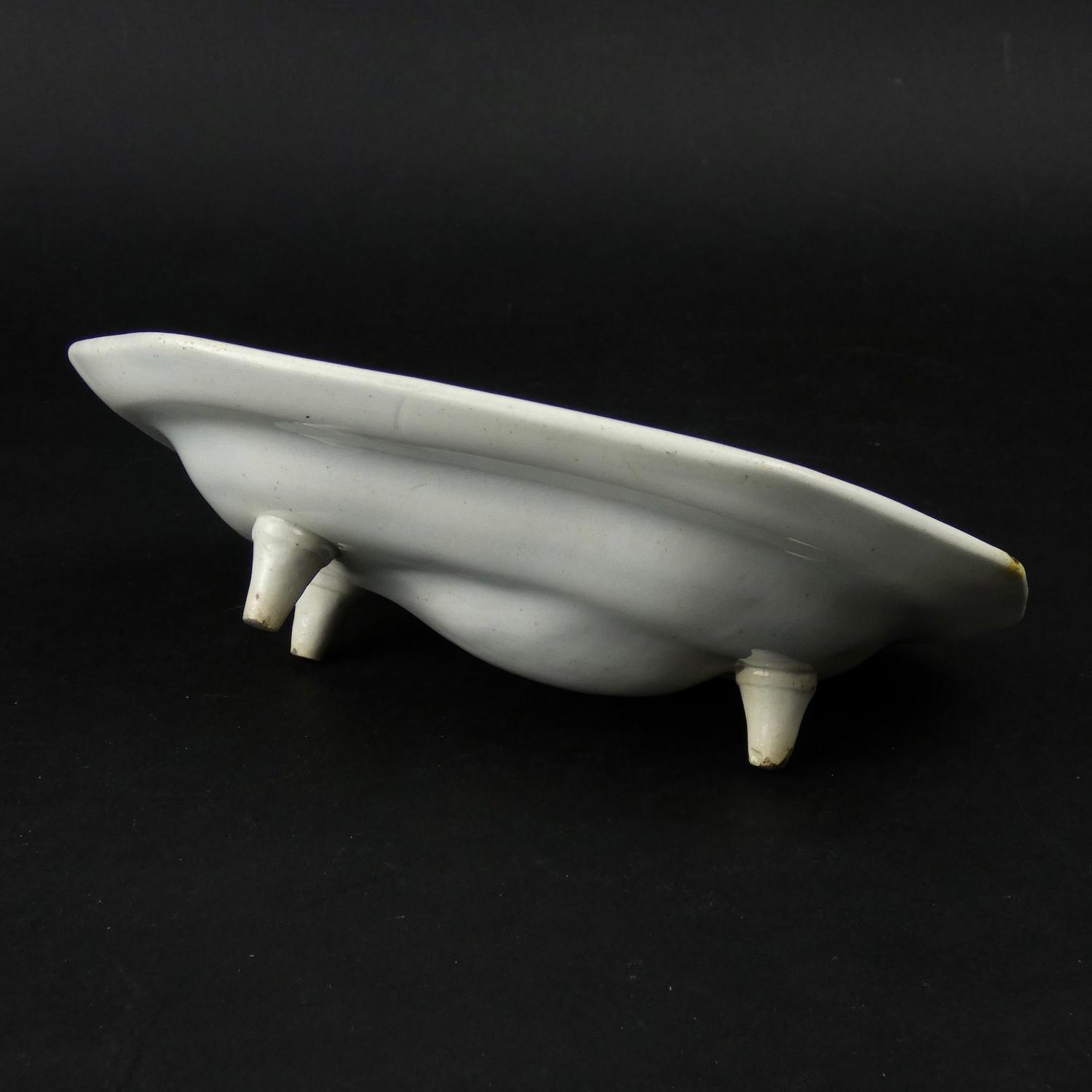