A large, early 19th century, boxwood, gesso mould carved with two laurel leaves. This type of mould was used for fancy gesso, or plasterwork which would have been applied to picture frames or as architectural details, such as ceilings and friezes, in a building. The smaller examples were also used for sugar work and the moulds for both purposes were often carved by the same craftsmen. The carving in this mould is quite deep and it is very well detailed. It dates from c.1820. Unfortunately the mould has split right down the middle. This has been repaired by adding another block of wood to the reverse to hold the mould together. It is still a very decorative object.
Price includes postage within the U.K. Shipping to the U.S.A. add £35. Western Europe add £15. 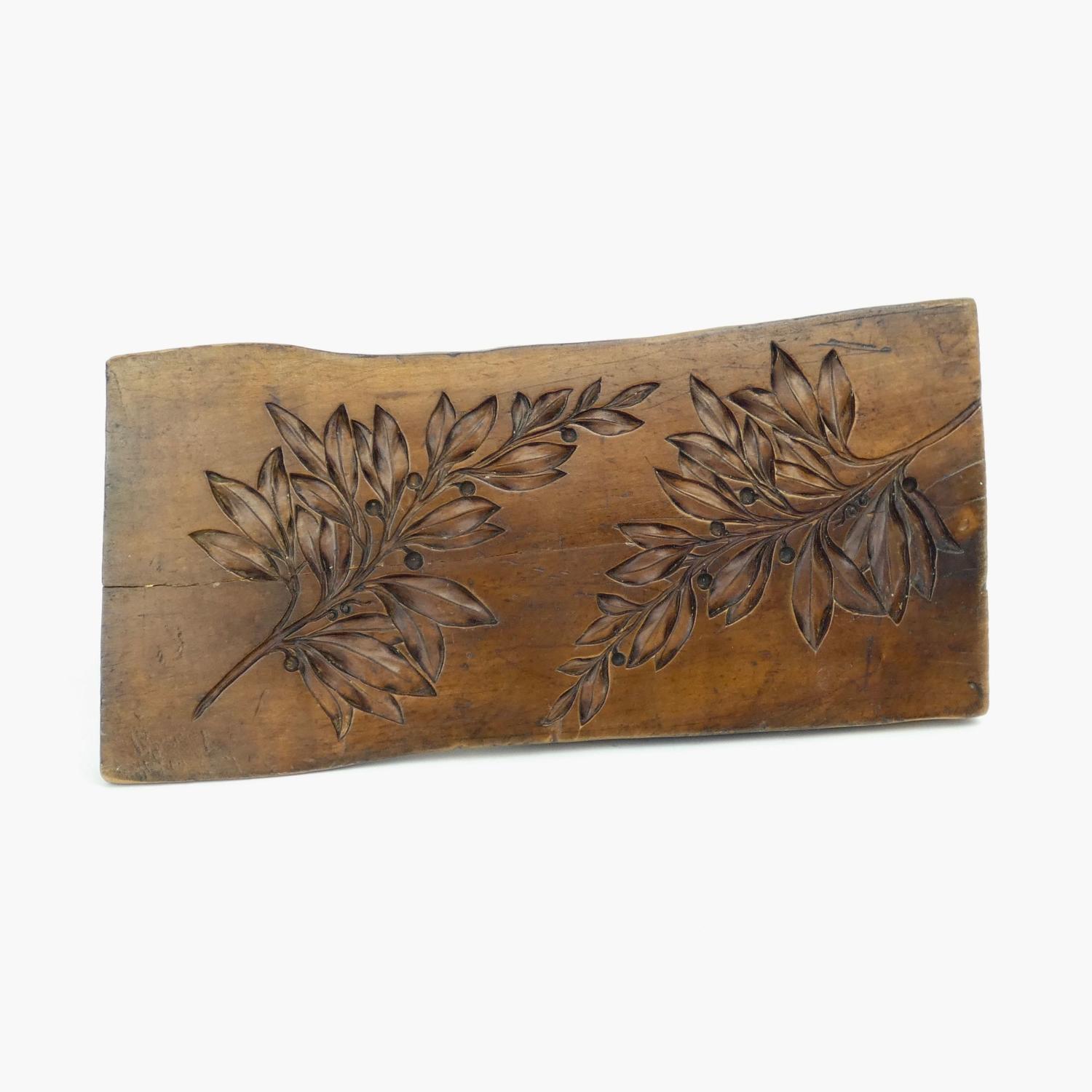 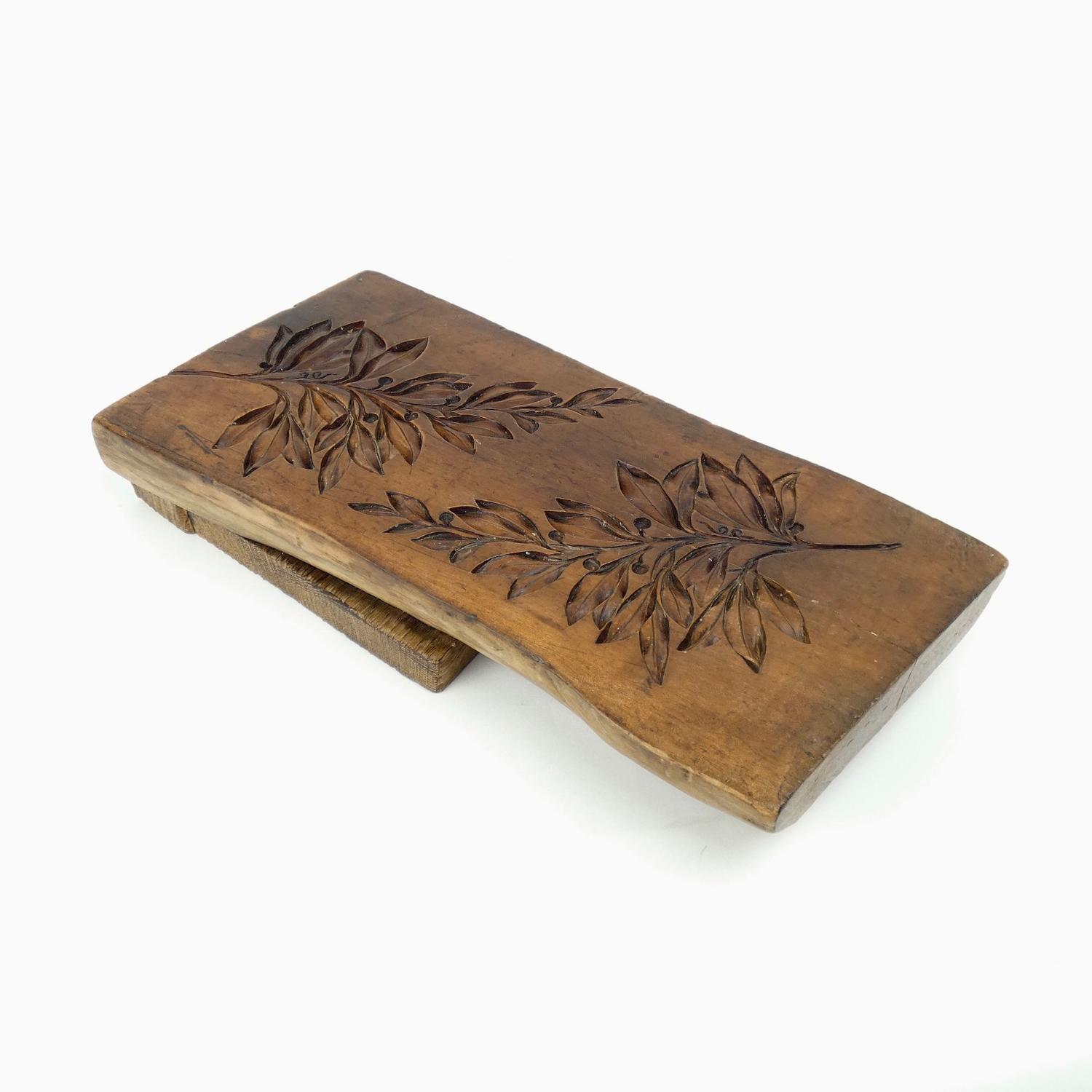 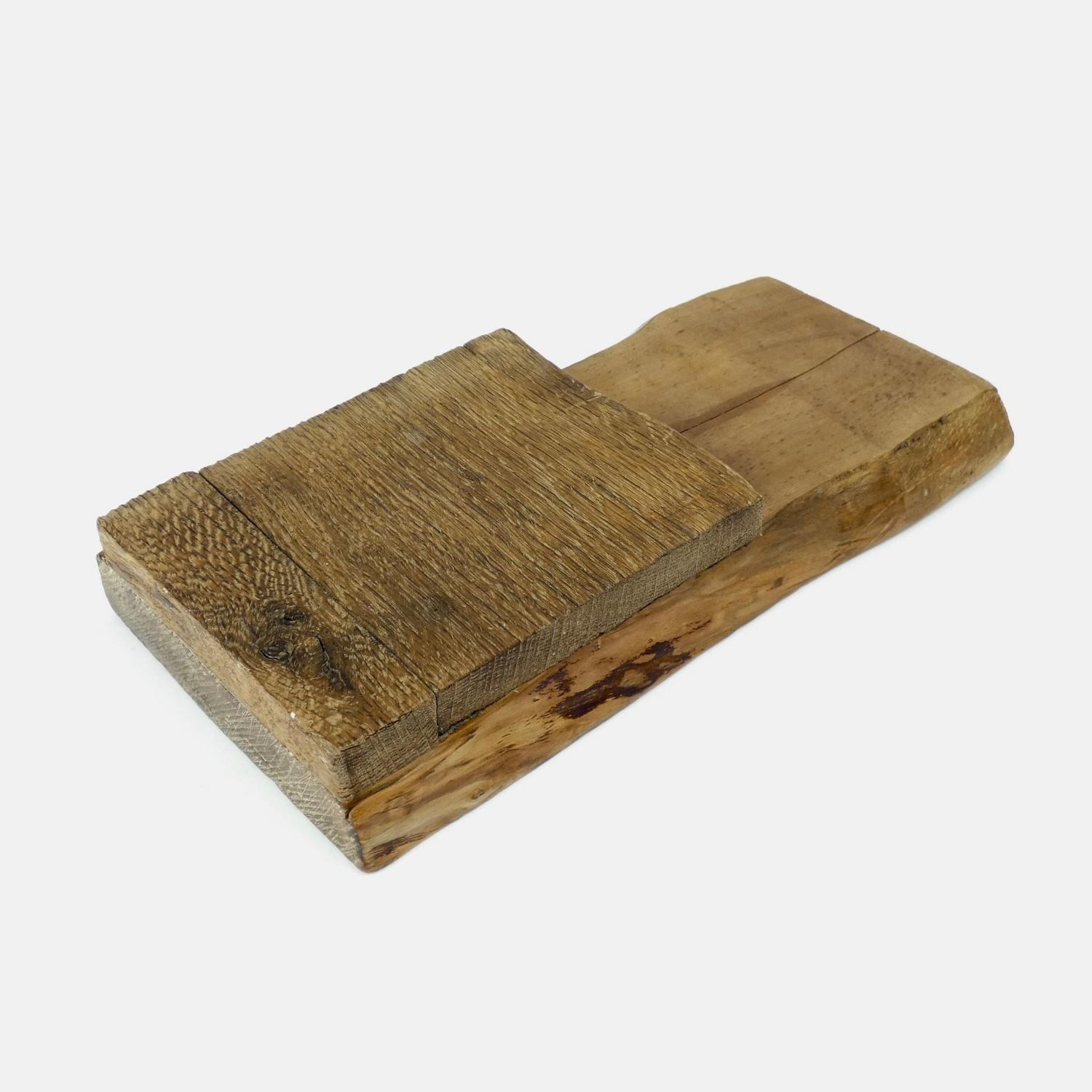