An  early 19th century, Wedgwood, dark blue jasper dip pyrophorous vase. 'Pyrophorus vases' were ancestors of the modern match box. Their name derived from the Greek, pur for 'fire' and phoros for 'bringing'. 'Instant light boxes' had been made in metal since 1810, and in 1812 Wedgwood began to manufacture them in a decorative ceramic version. The idea of making them in pottery came from the chemists Accum & Garden of Compton Street, Soho, London, who supplied Wedgwood with the matches, acid and acid bottles.
Wooden splints were held in the central hole. One end of the splints had been dipped in chlorate of potash and sugar. When dipped in sulphuric acid these produced a flame. Pyrophorus vases were initially popular, probably because of their novelty, but they were not made after about 1830. Soon after this date the first friction matches of the modern type were introduced. By the mid-19th century the original purpose of these vases had been forgotten, and for more than a century they were thought to have been inkwells.
This example is very finely potted and the decoration is very simple, with corinthian columns and a border of laurel leaves. It is marked 'WEDGWOOD' and there is also a workman's mark in the form of a large 'A'. It dates from c.1815 and it is in excellent condition. Originally it probably had a cover but this is now missing.
Price includes shipping within the U.K. , U.S.A. and Western Europe. 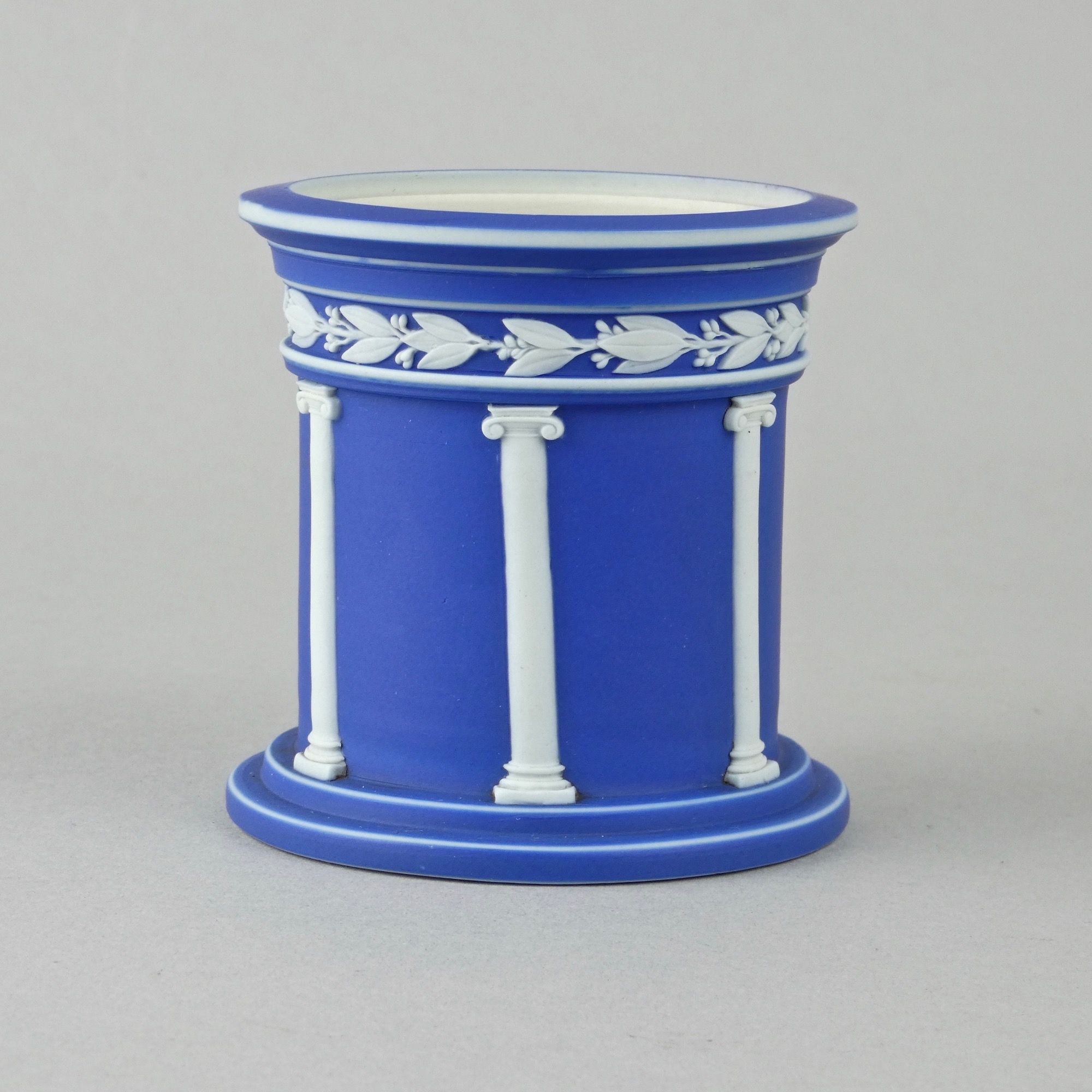 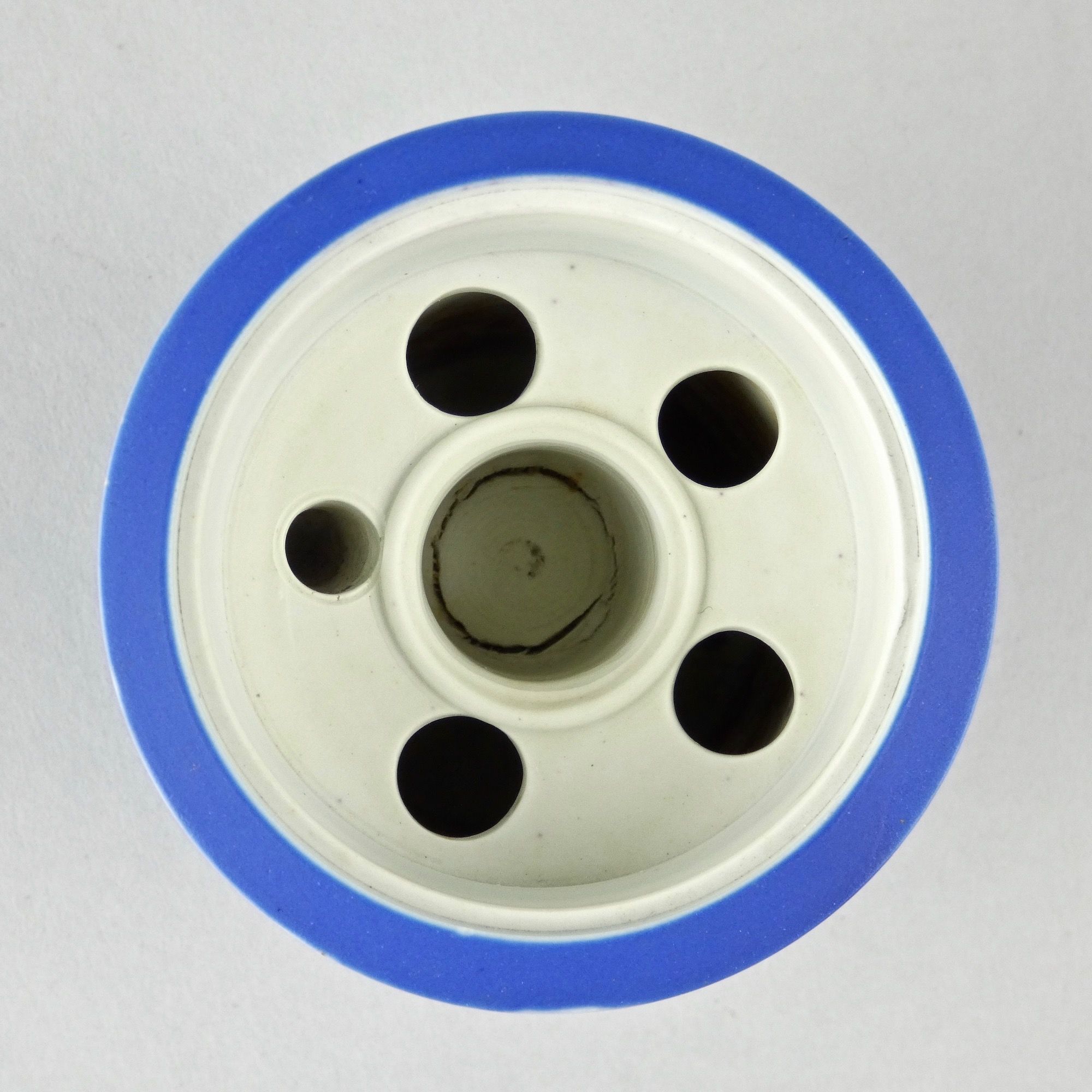 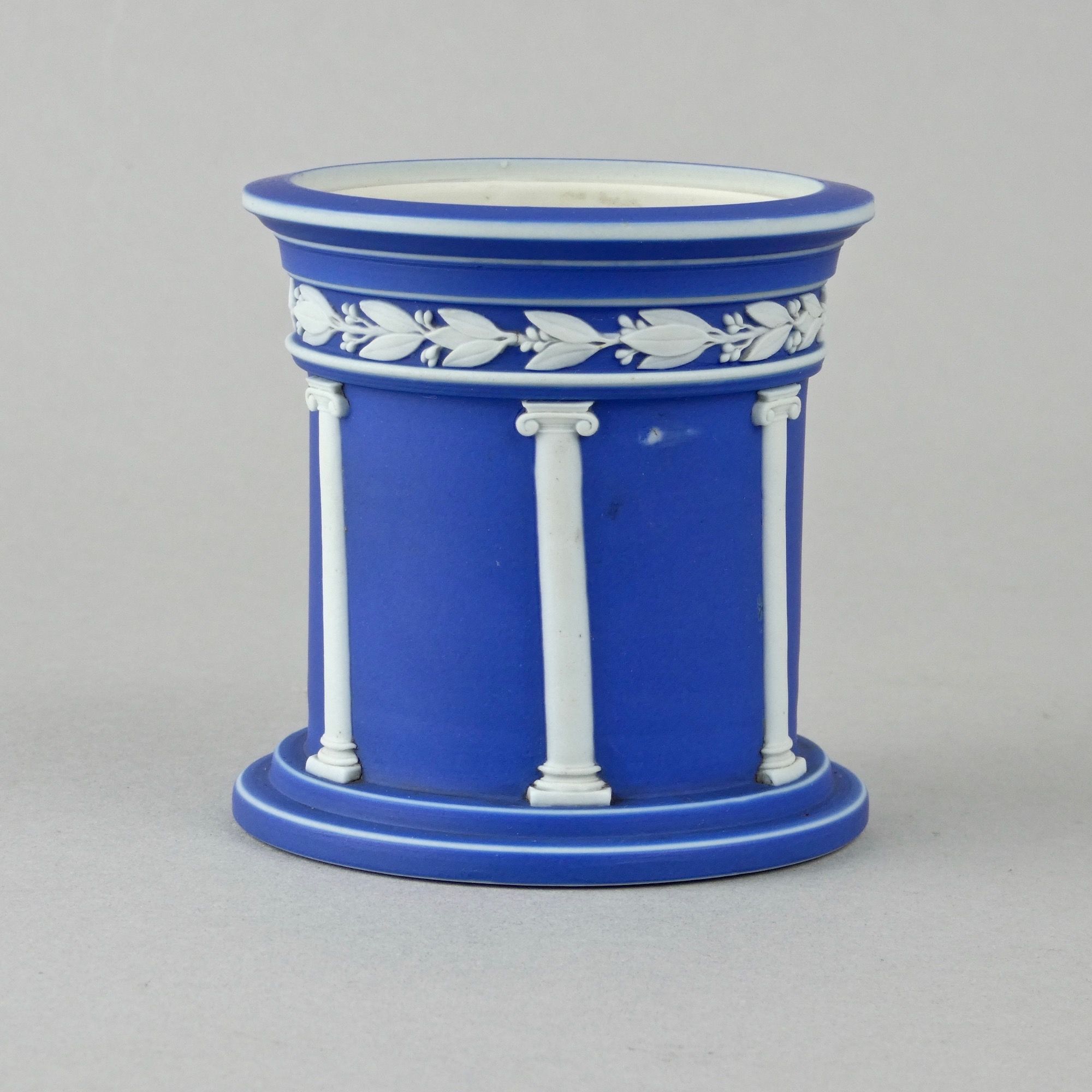 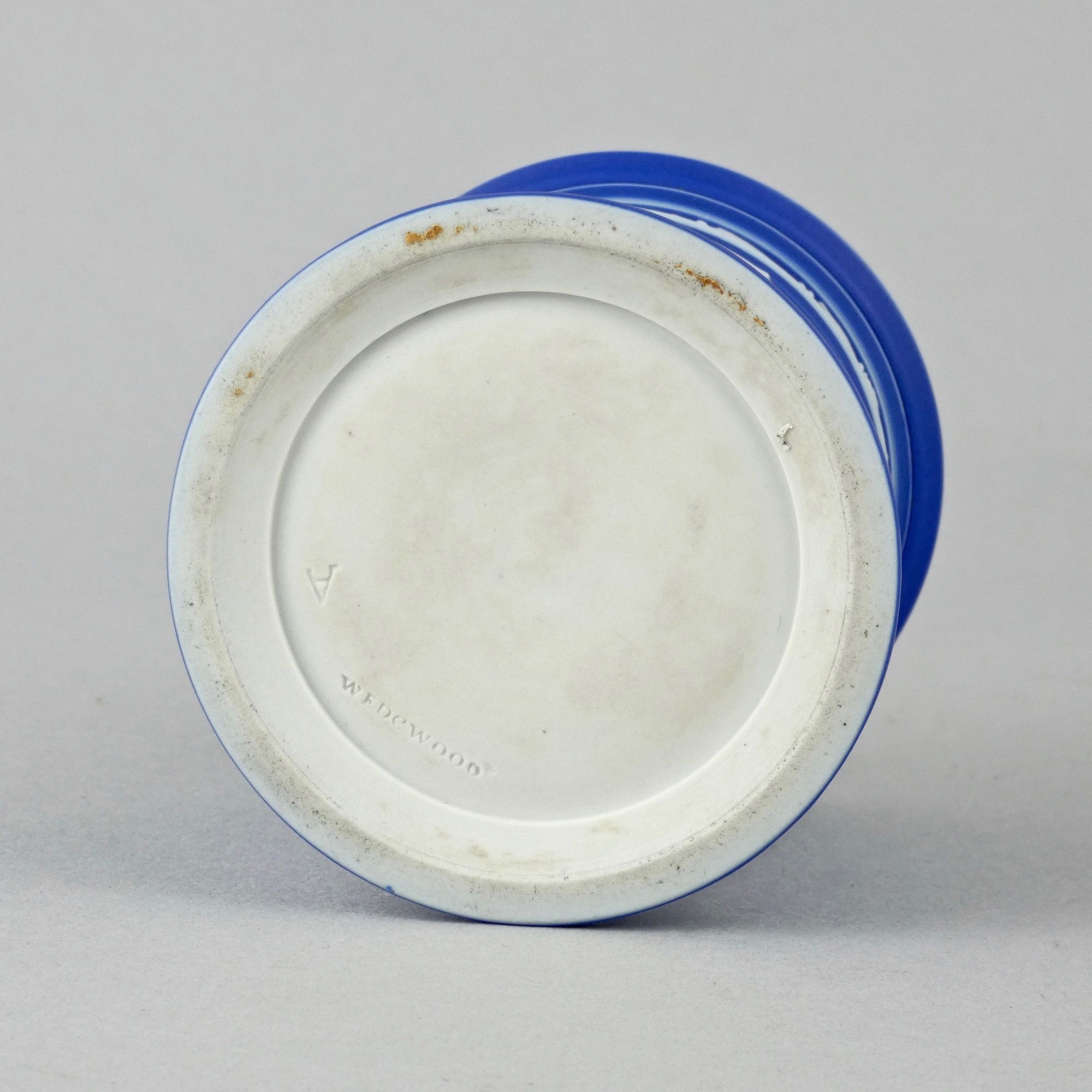