A Shelley, 'Cecil' pattern, porcelain jelly mould. This has a green printed mark ‘Shelley’ within a shield shape, with ‘ENGLAND’ beneath and it dates from c.1920. Shelley gave names to most of their patterns and a number of the moulds, including this one, were named after London hotels. The Cecil pattern was only made in two different sizes and this one is the smaller of the two. Most of the Shelley moulds are really good shapes which display well as the moulding is on the outside off the mould as well as the interior. There are three marks on the inside of this mould which can be seen in one of the images. These are firing marks, from the manufacture, and are not damage.
It is in good condition. 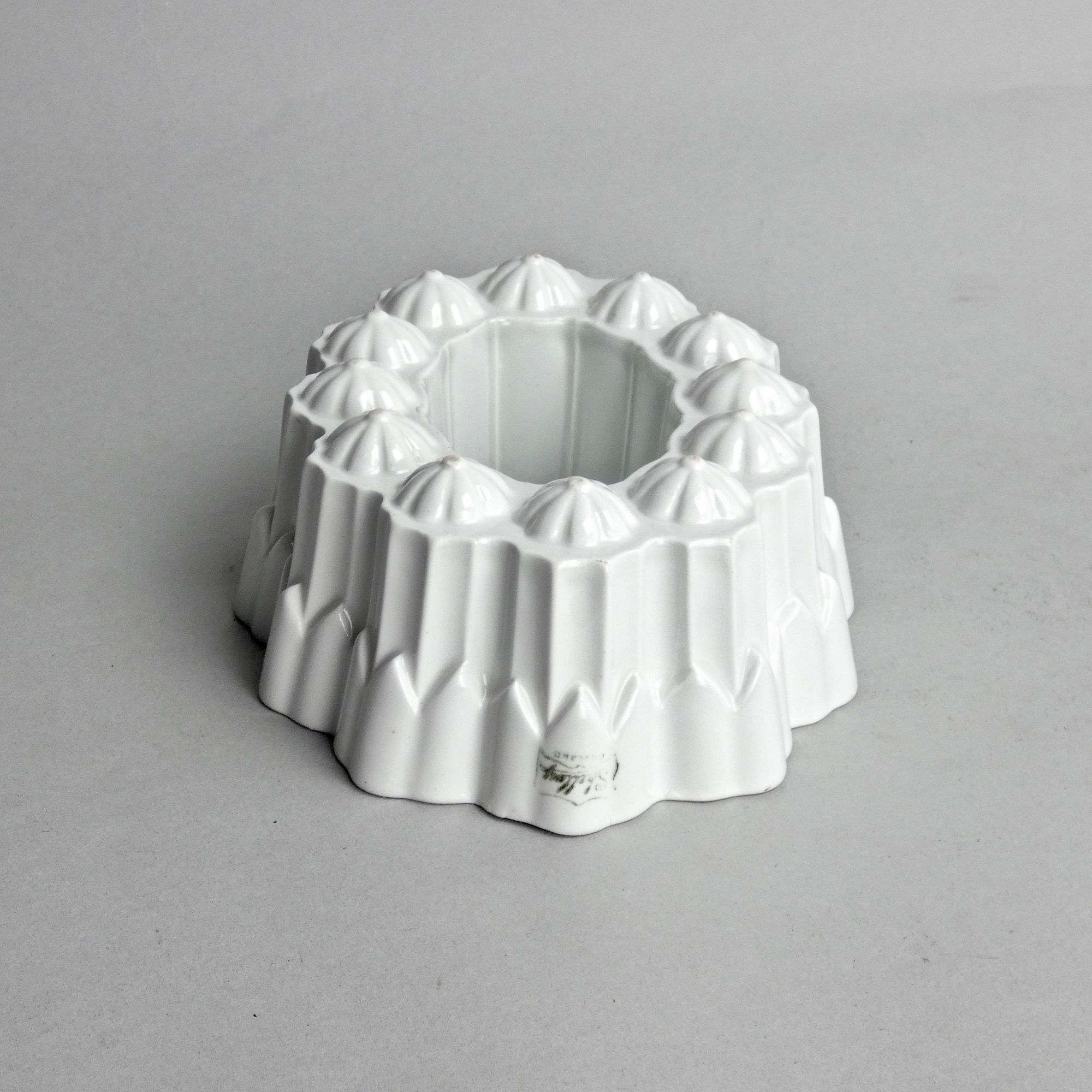 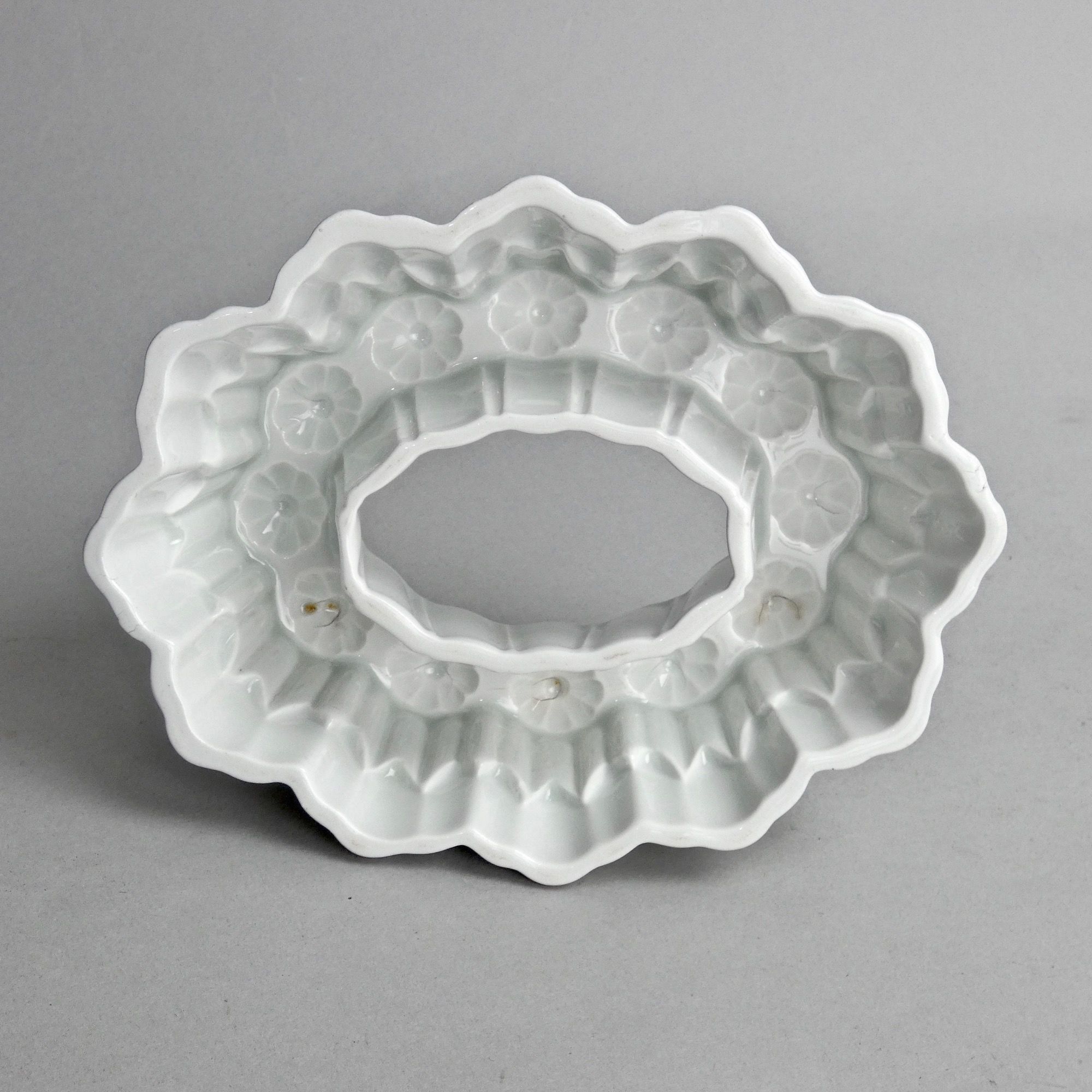