An interesting, large, 19th century copper mould. This does not bear a makers marks but it is French and it dates from c.1870. It has a stylised flower design to the centre which is surrounded by 16 fluted topped columns and there is a further border of columns to the sides. It is made from a heavy gauge of copper and it is in very good condition. The design is very pleasing from all angles. The mould has a large capacity and would probably hold about four pints but the tinning, to the interior, is worn so it could not be used. 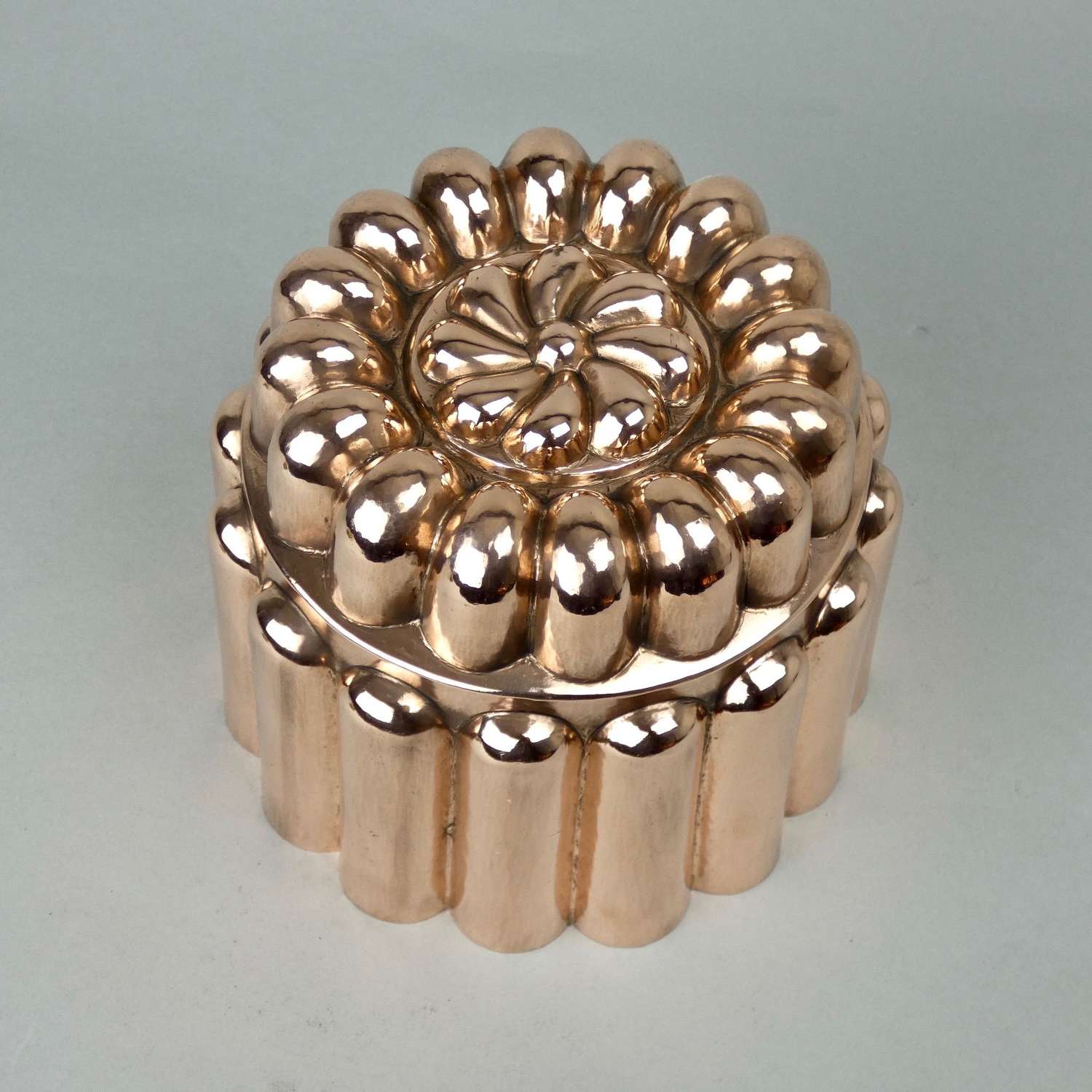 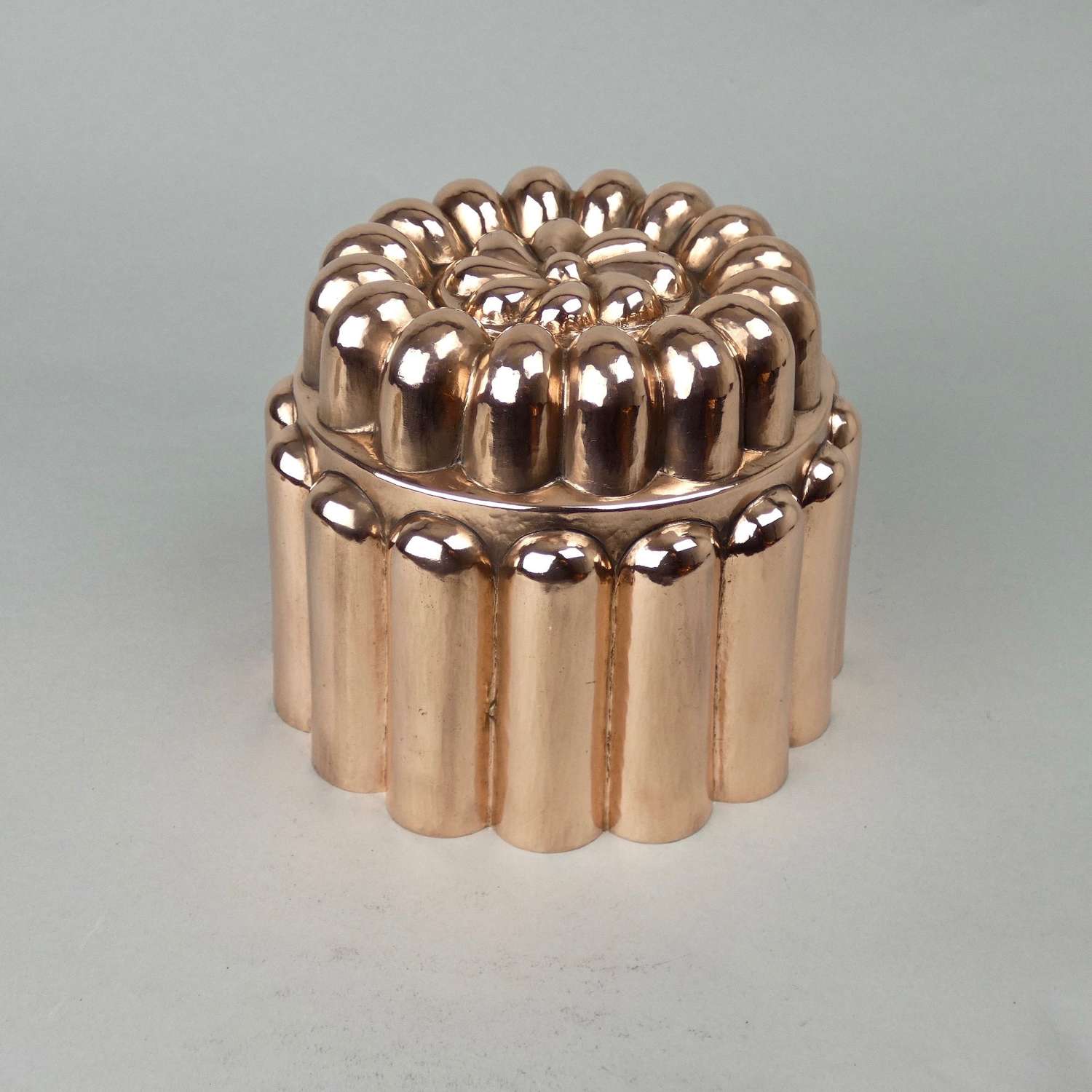 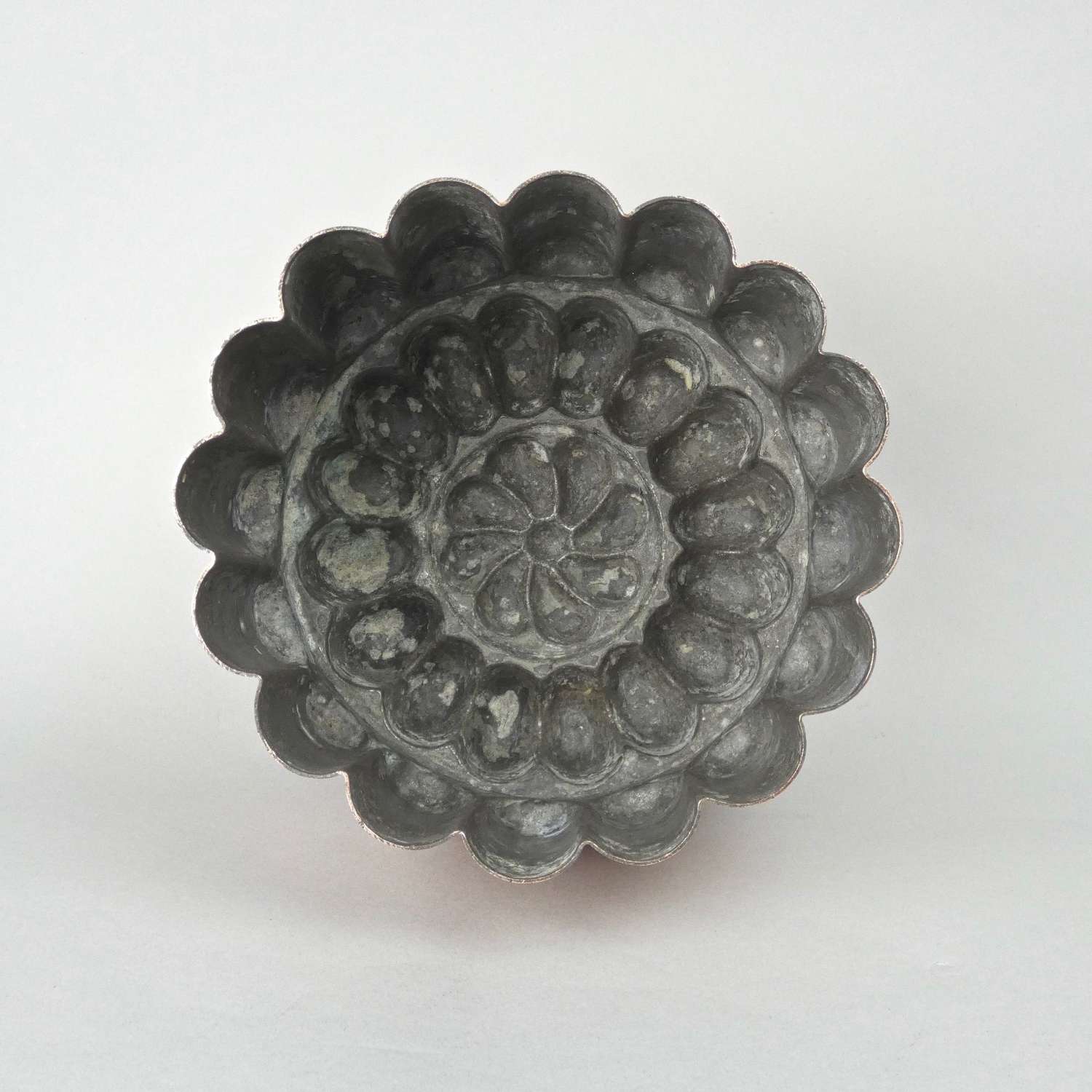