A nice quality, large, Victorian copper mould. This type of mould is known as a pipe mould, due to the central pipe which allows the contents of the mould to cook from the inside as well as the outside. This is ideal for baking cakes or cooking steam puddings. The mould is three tiered, with a plain base and a central band of twelve, stylised stiff leaves surrounding twelve rounded topped columns. It is made from a heavy gauge of copper, dates from c.1870, and is in excellent condition. The tinning, to the interior, is worn so it could not be used. 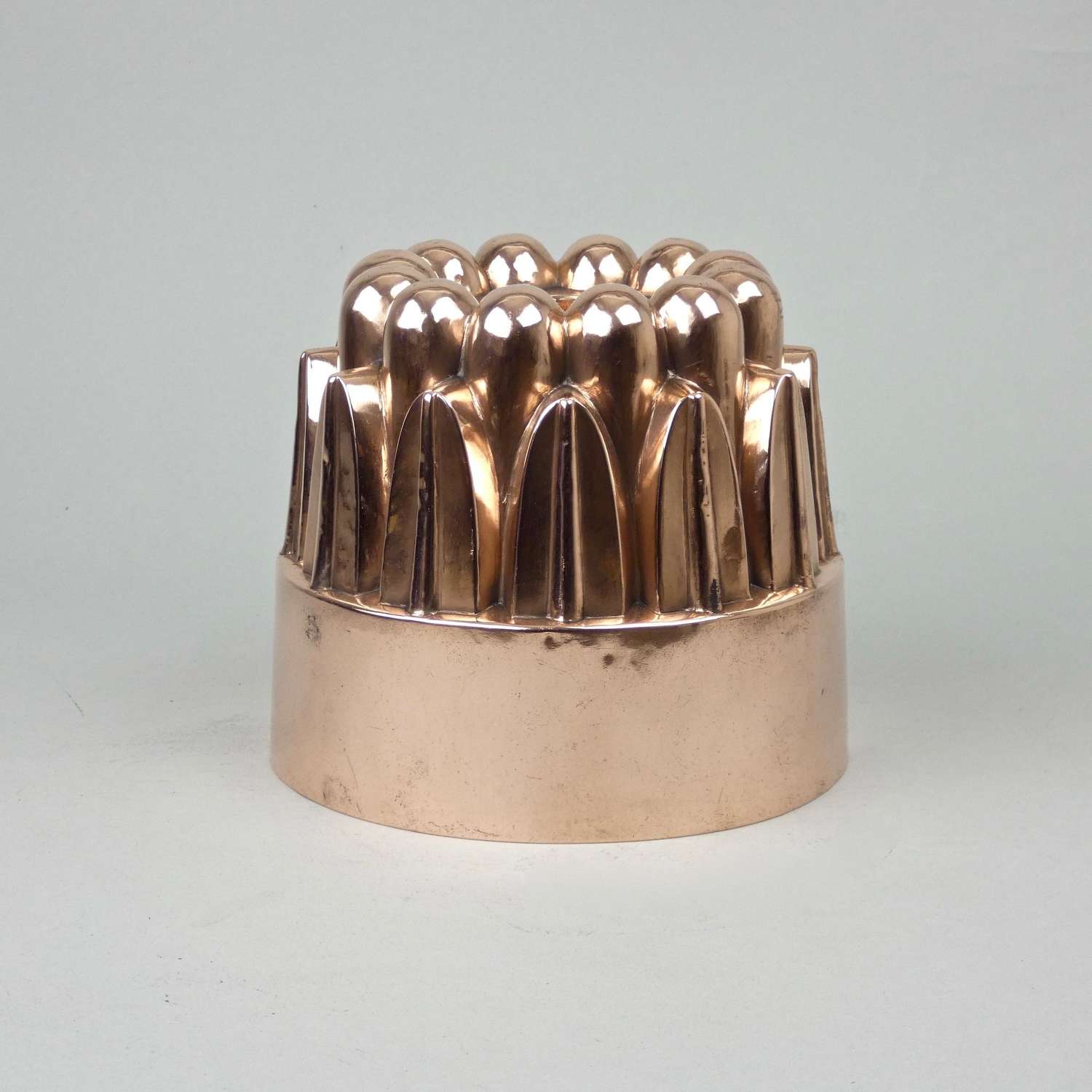 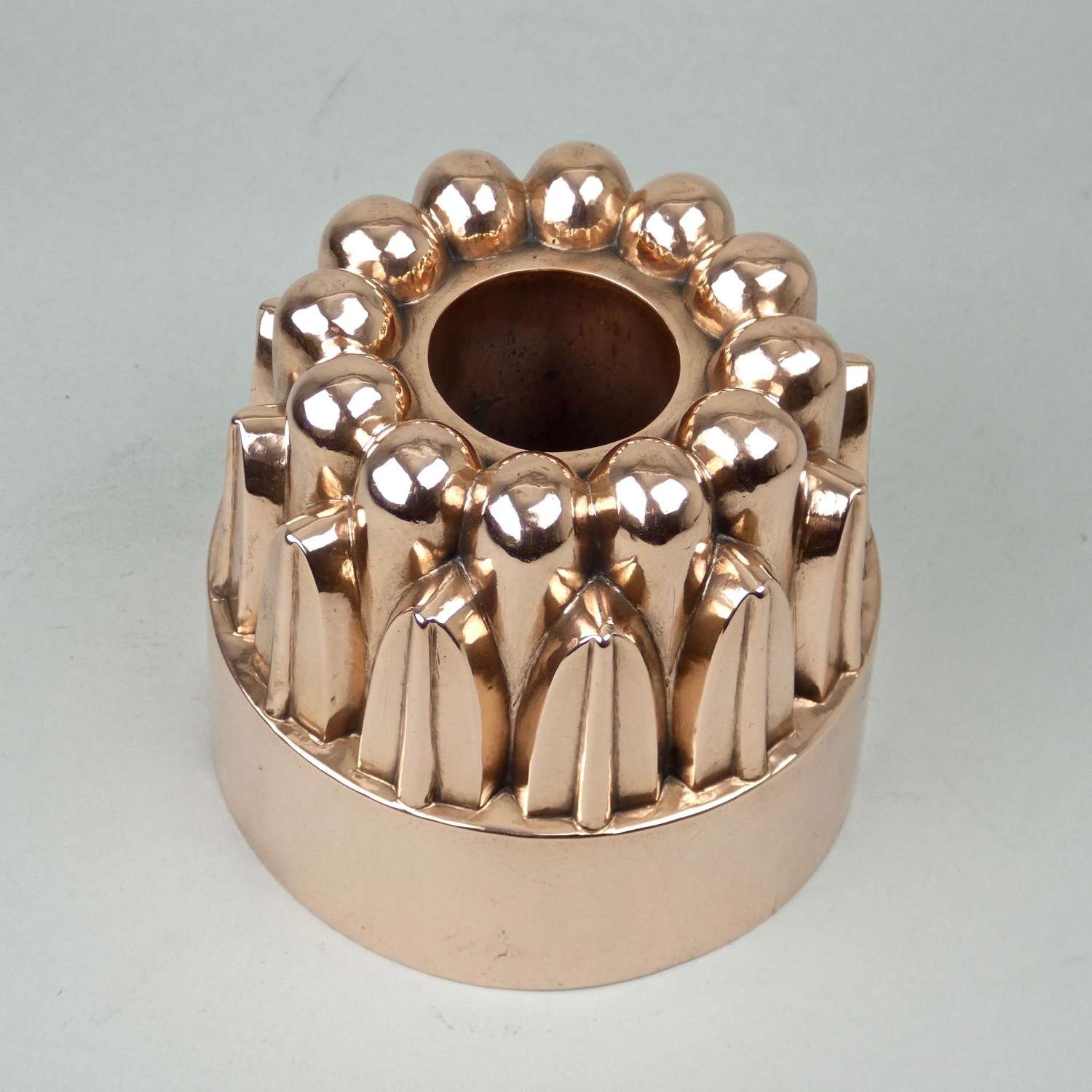 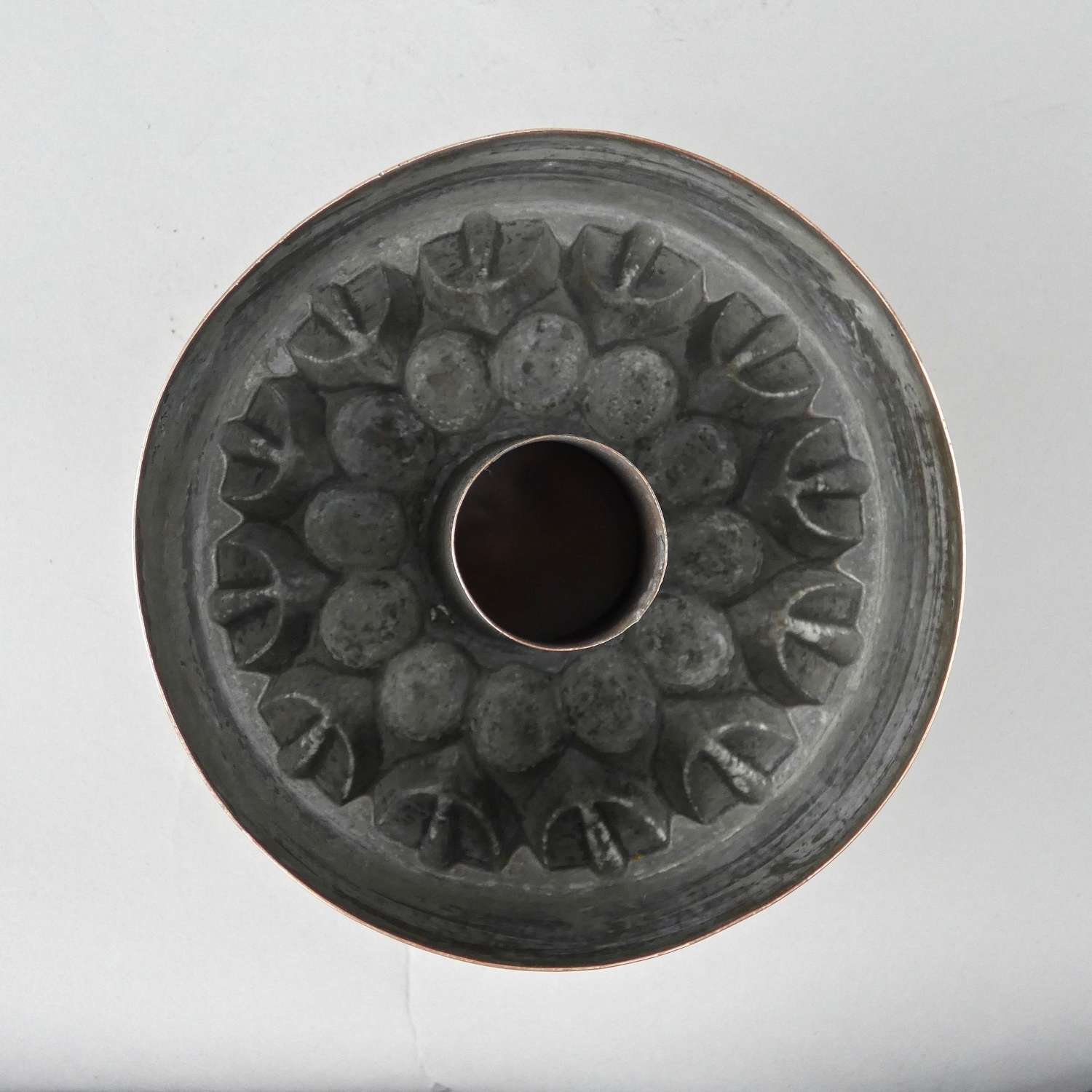