An earthenware mould with a crayfish design to the sides. It is marked, in brown print, ‘THE FOLEY’ above a monogram of C and W, with ‘SEMI-PORCELAIN ENGLAND Rd43020’. This was the mark of Wileman & Co., which was taken over by Percy Shelley and later changed its name to Shelley. It dates from c.1900. The mould has an interesting design of crayfish and shells around the sides with a narrow band of shells near the top. The design is the same as was used later, when the firm became known as Shelley, but the potting during this earlier period was much heavier. This mould is in excellent condition. 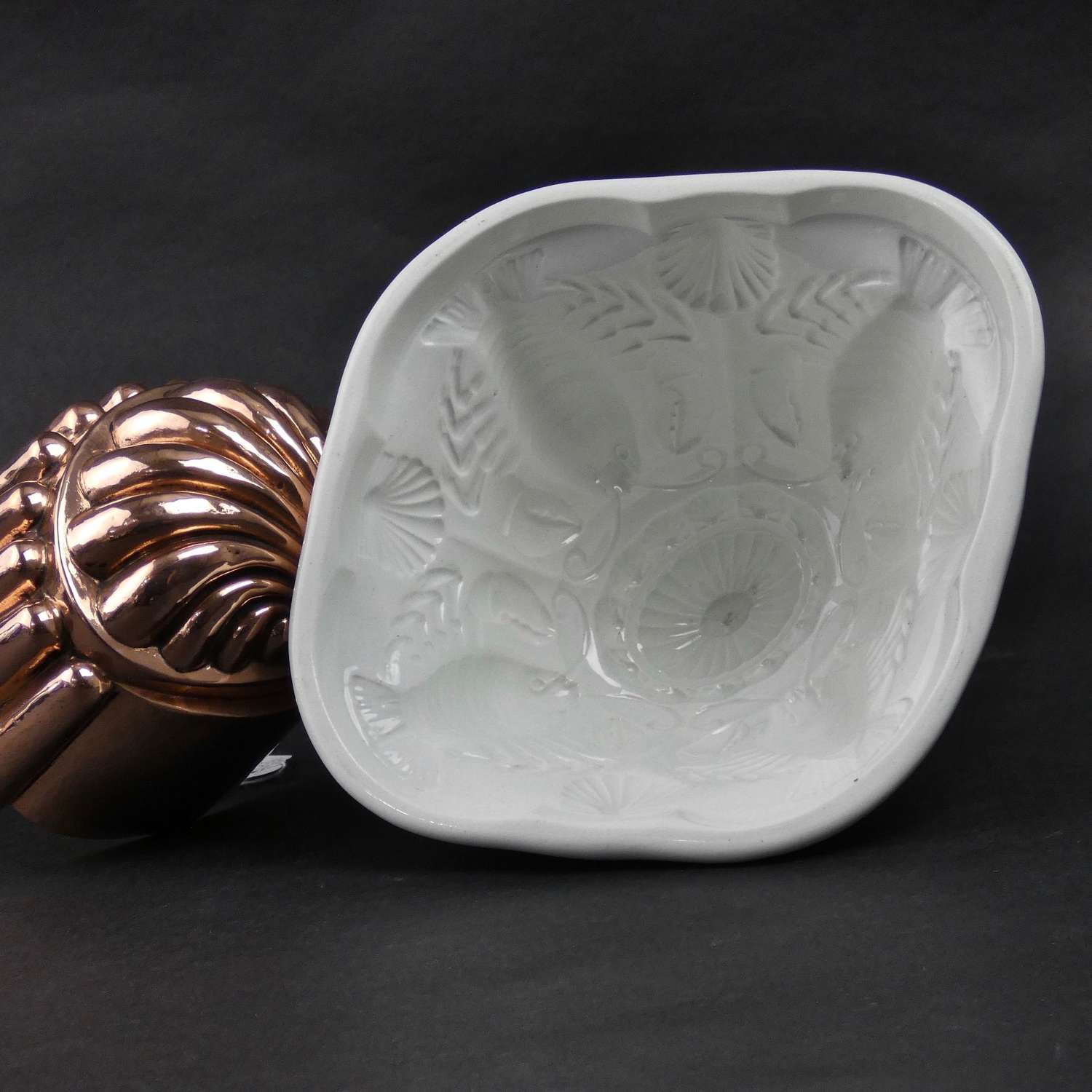 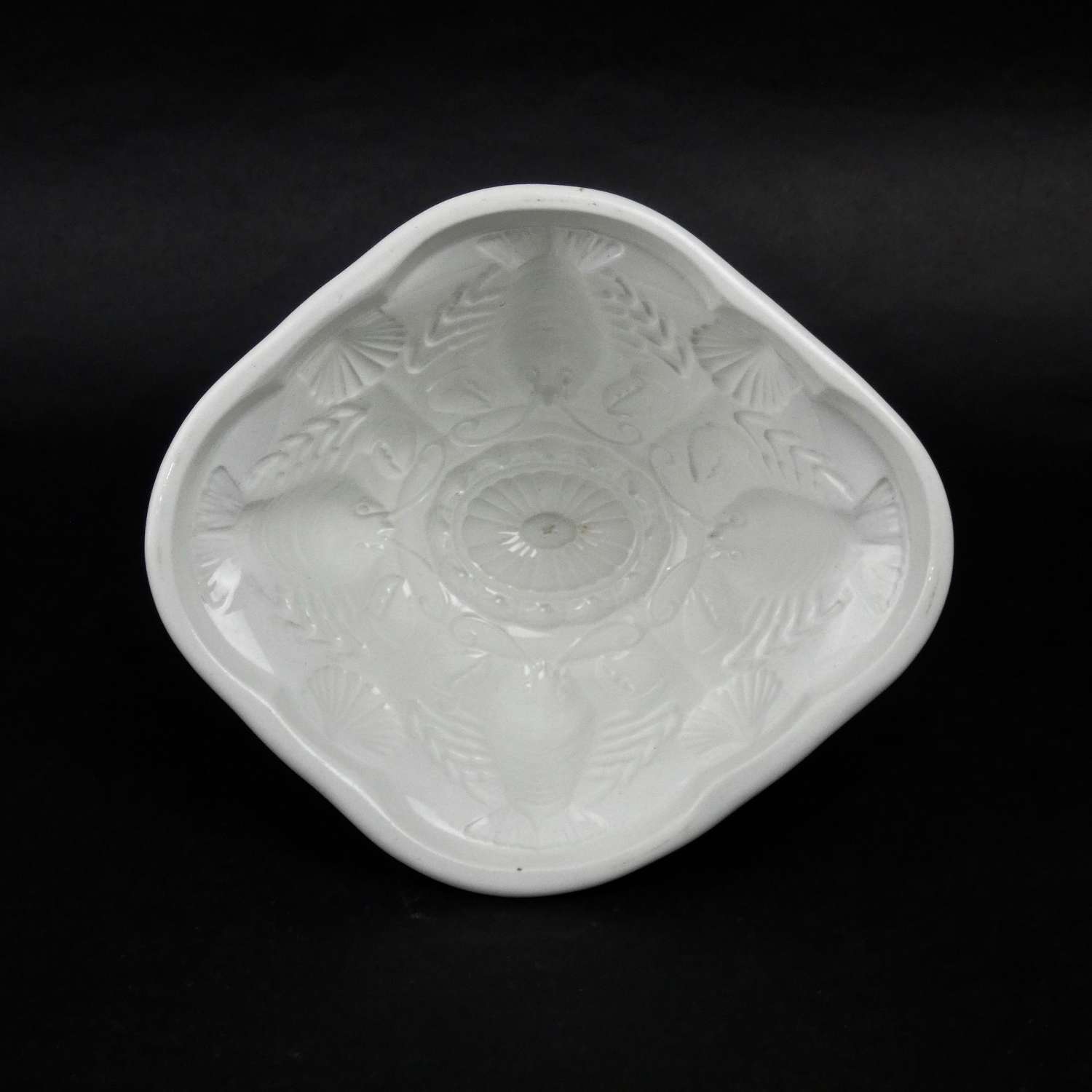 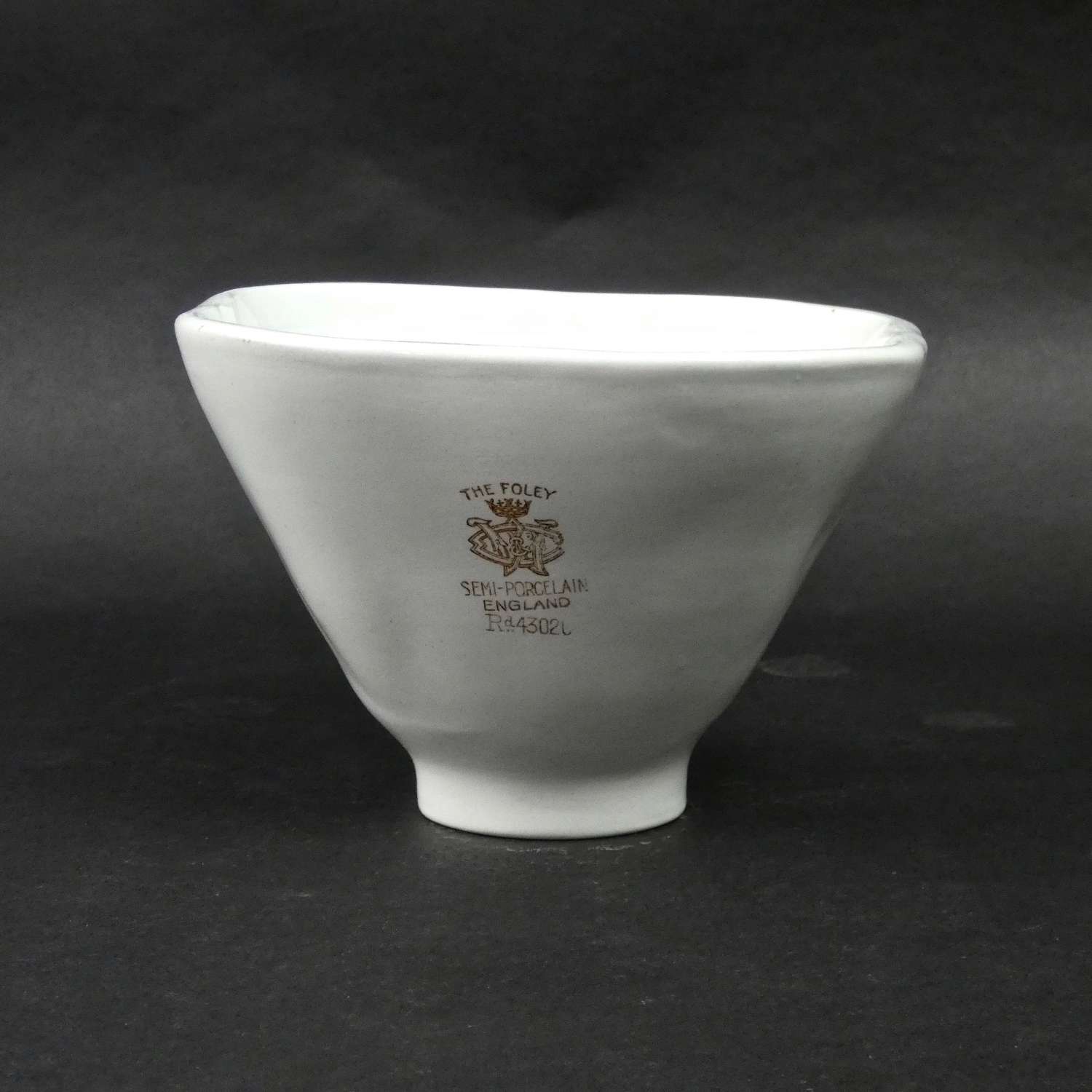 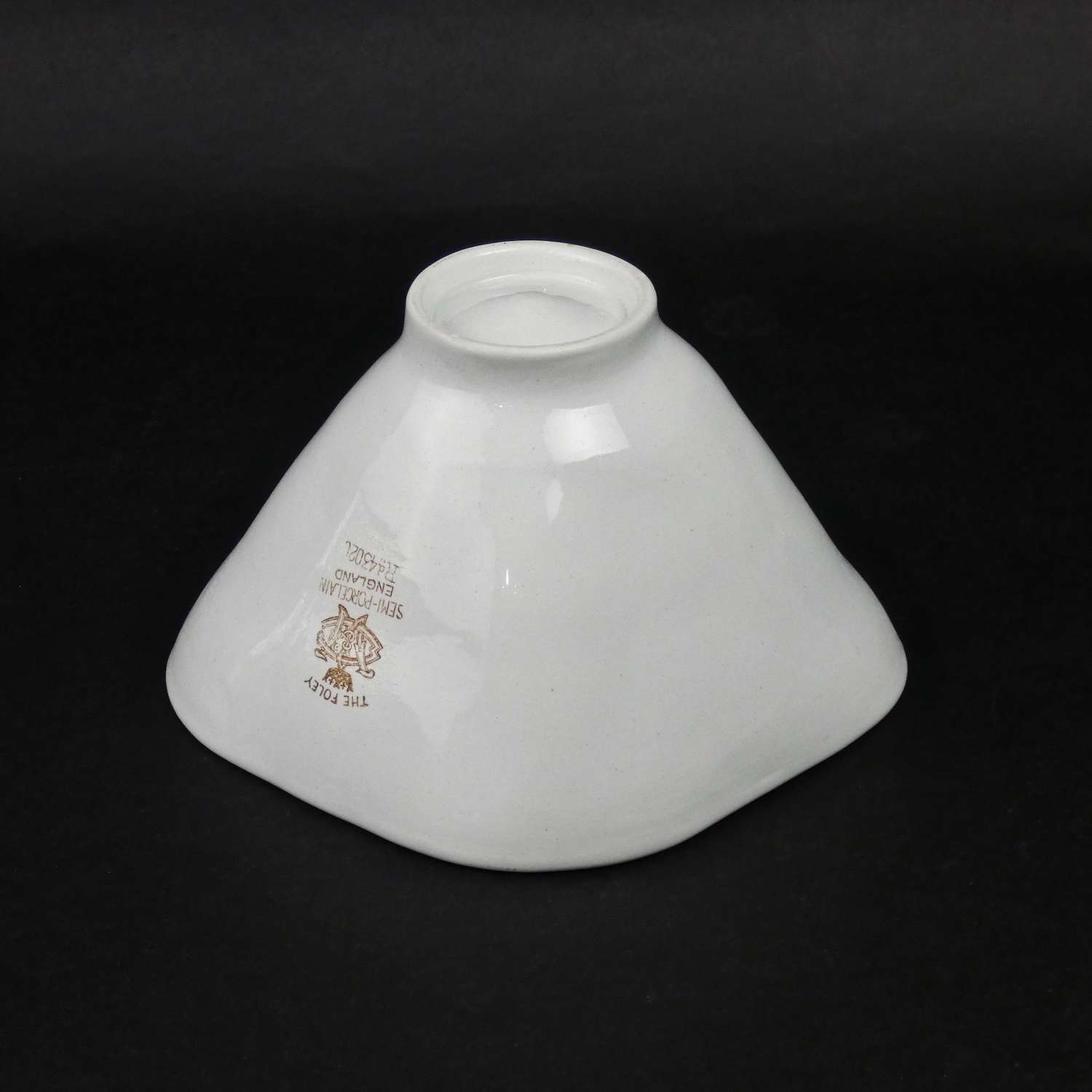