A Shelley, ‘Queens’ pattern jelly mould. This is marked, in green print, ‘SHELLEY’ in a shield, above ‘ENGLAND’ and it dates from c.1920. Some of the Shelley moulds, from the first quarter of the 20th century, were named after London hotels, this being one of them. This design was made in four different sizes, as well as a miniature. There is a tiny amount of kiln grit in the glaze on the rim of the mould but otherwise it is in excellent condition. 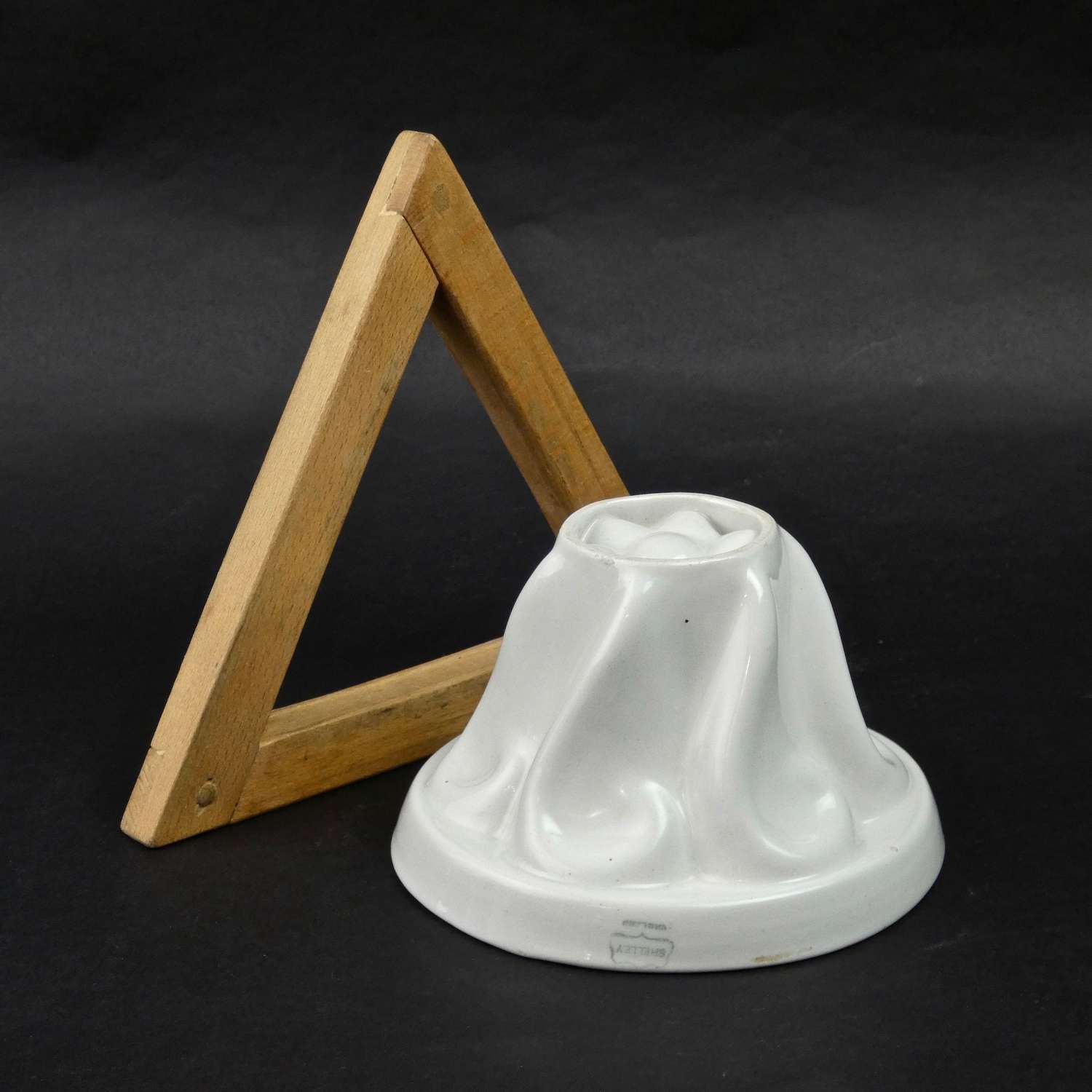 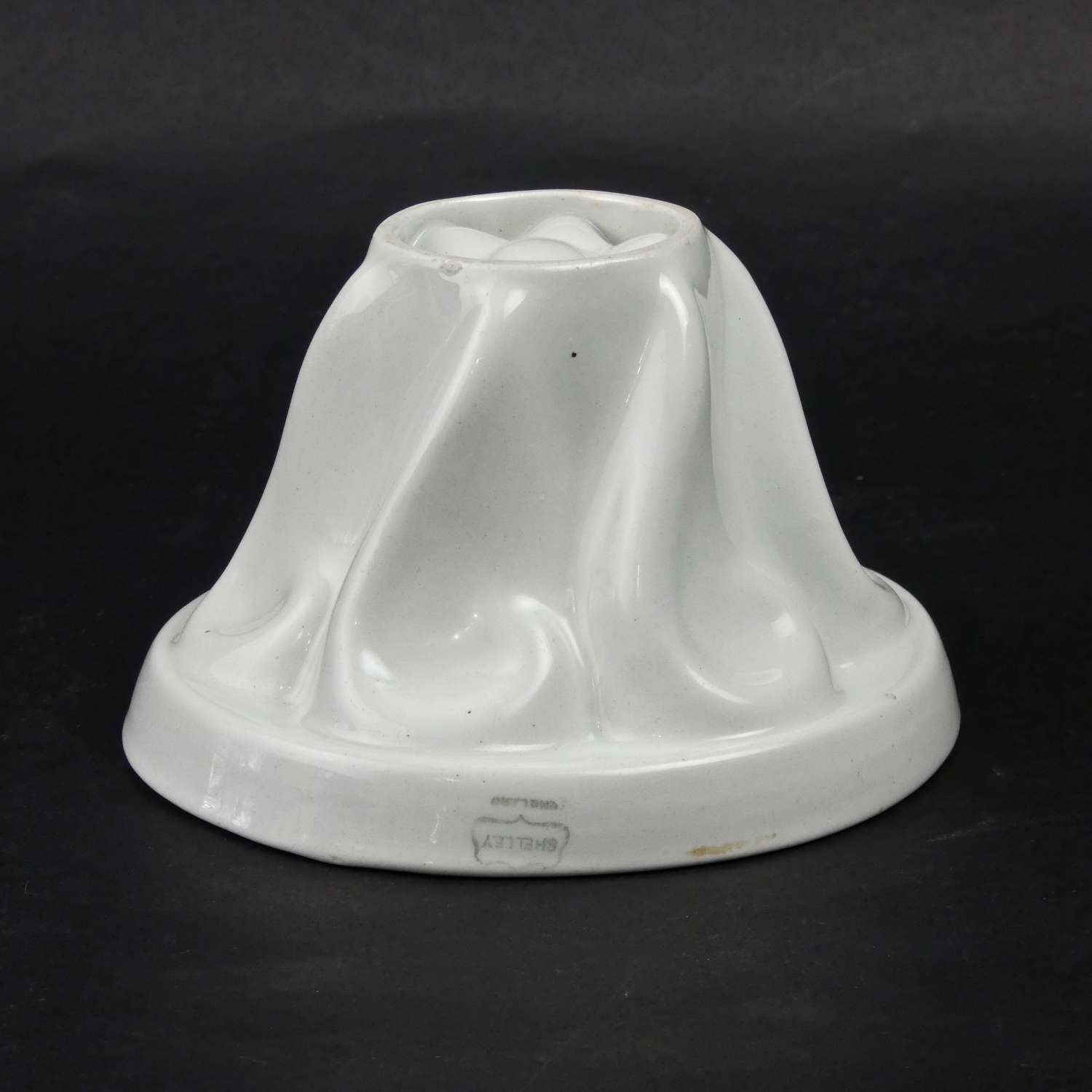 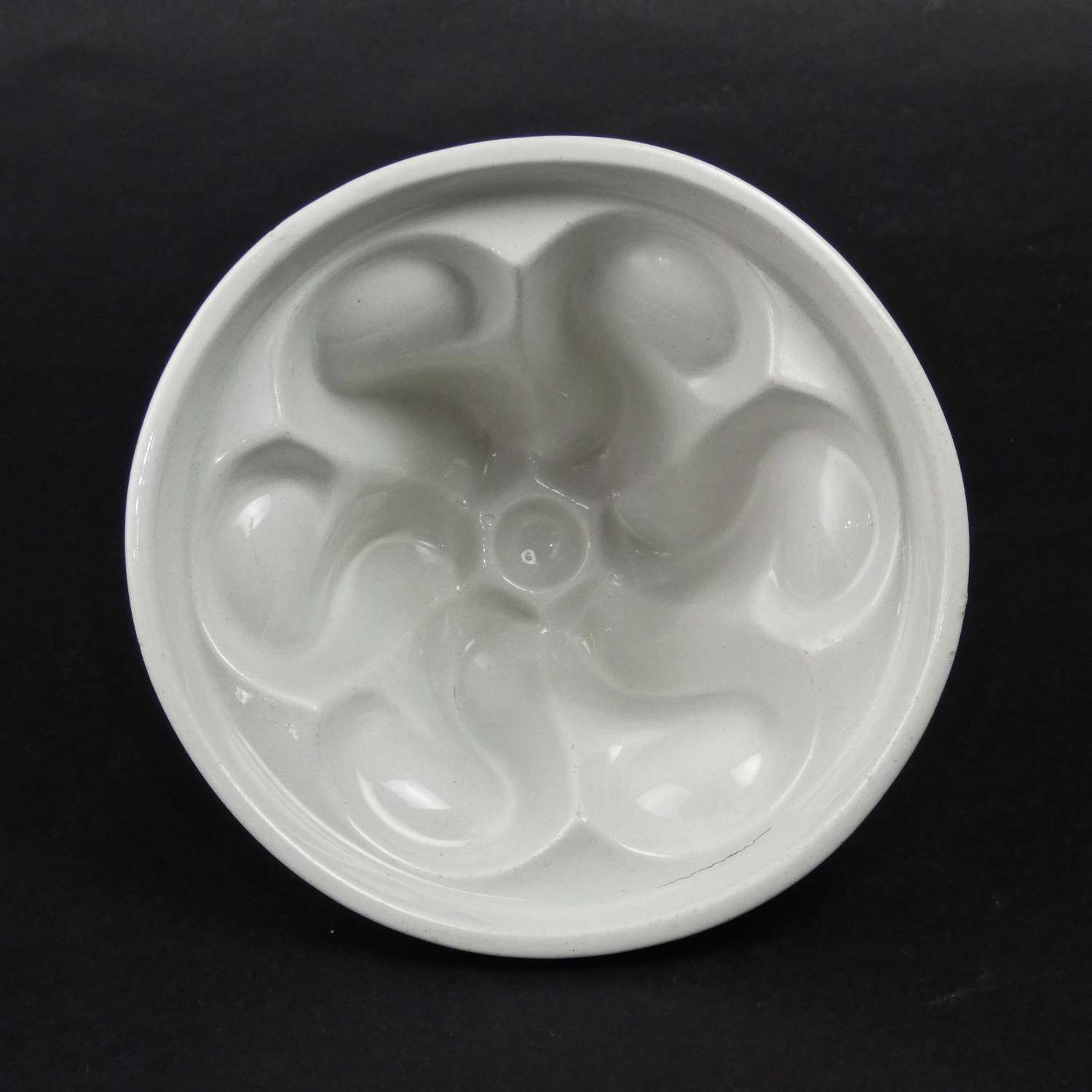