A Benhams, Alexandra cross design copper mould. This is marked with the orb and cross symbol used by Benhams and it dates from c.1870. It is also stamped "REGISTERED APRIL 30 186" The final number in the year is missing. This was the year the design was registered. There is also a workman's mark in the shape of a cross in a square. The design was named after Princess Alexandra of Denmark, wife of Prince Edward who later became Edward the Seventh, as the cross was taken from the Danish flag. There is very minor denting to the corners of the cross and a small hole has been pierced in the rim of the mould. Other than this it is in very good condition. The tinning is worn. 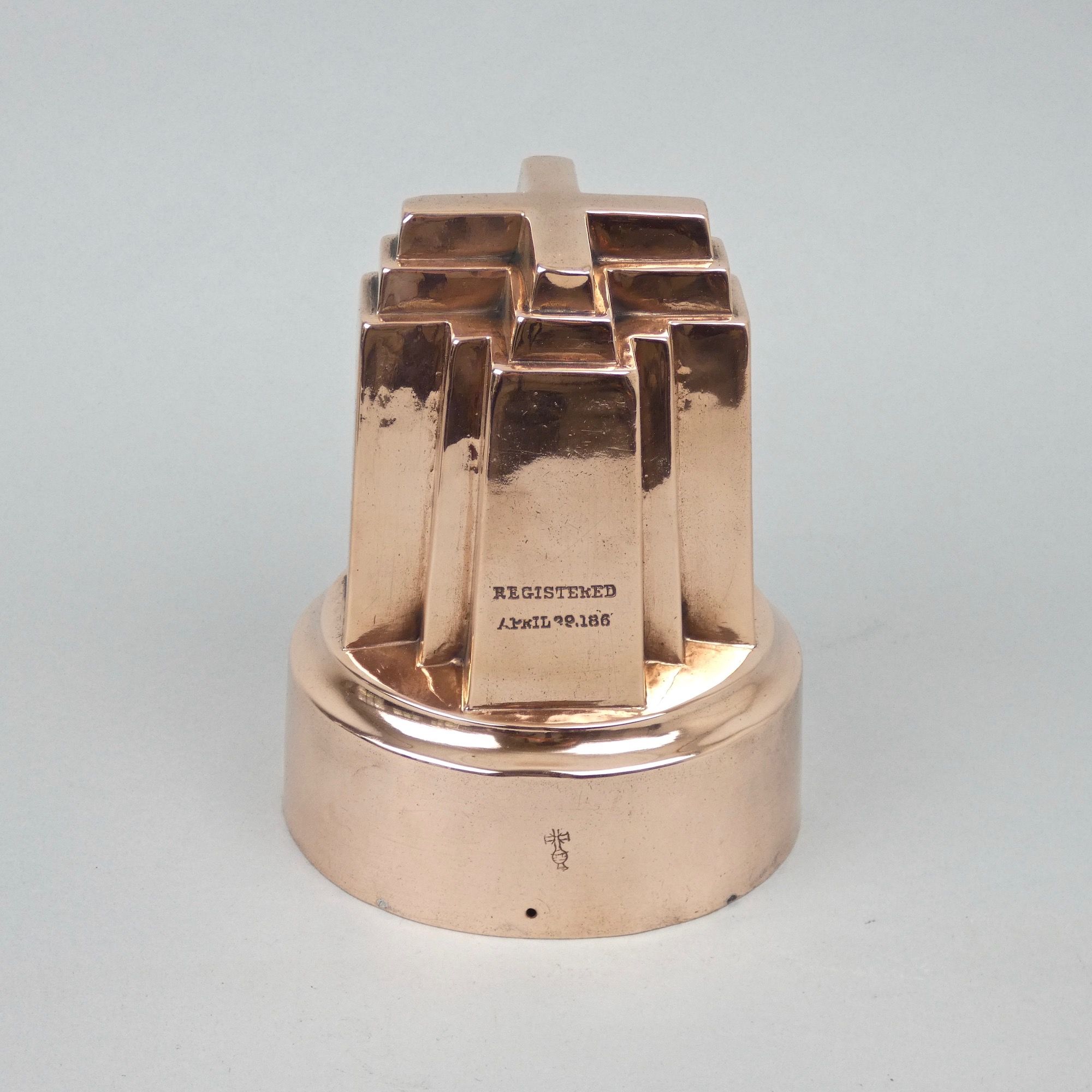 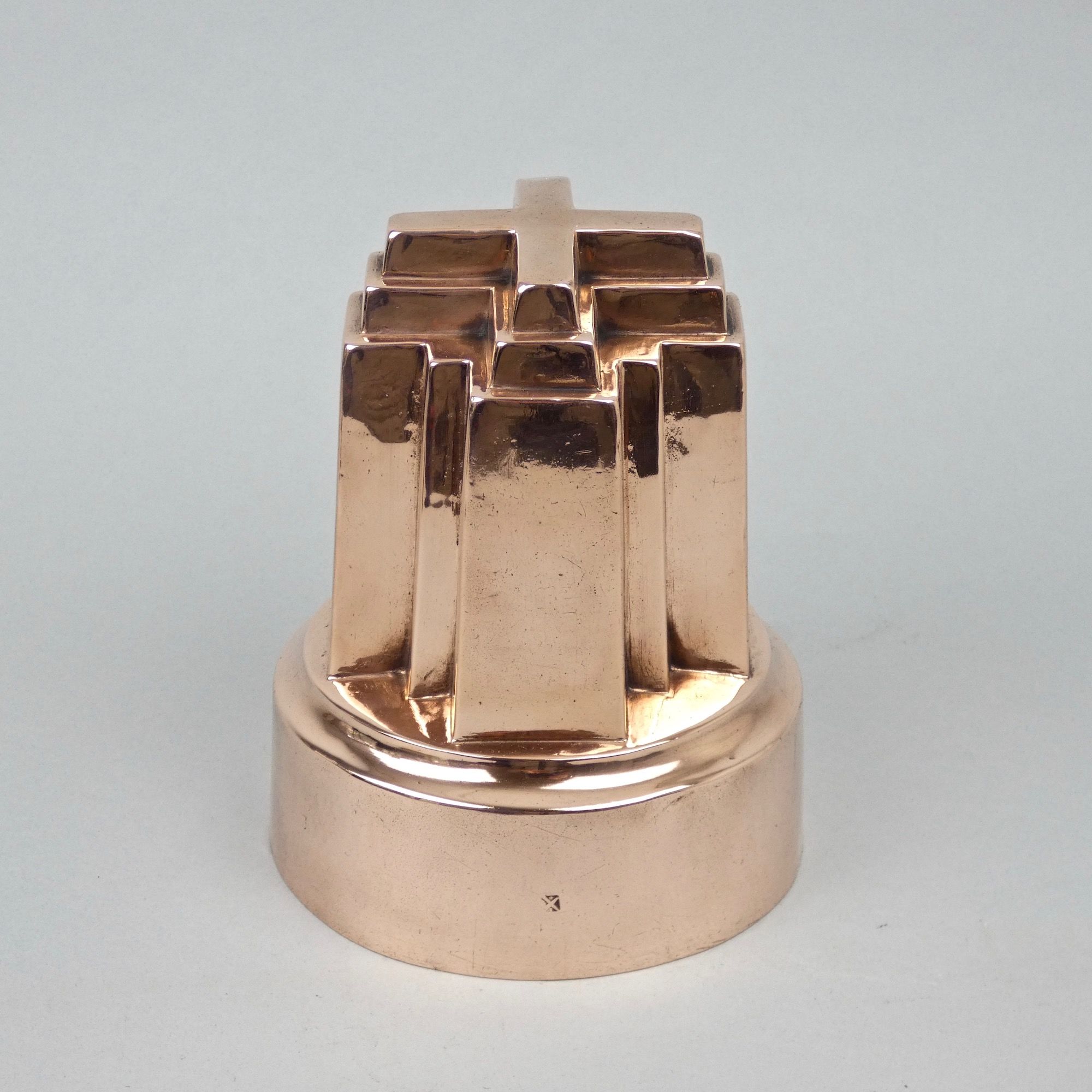 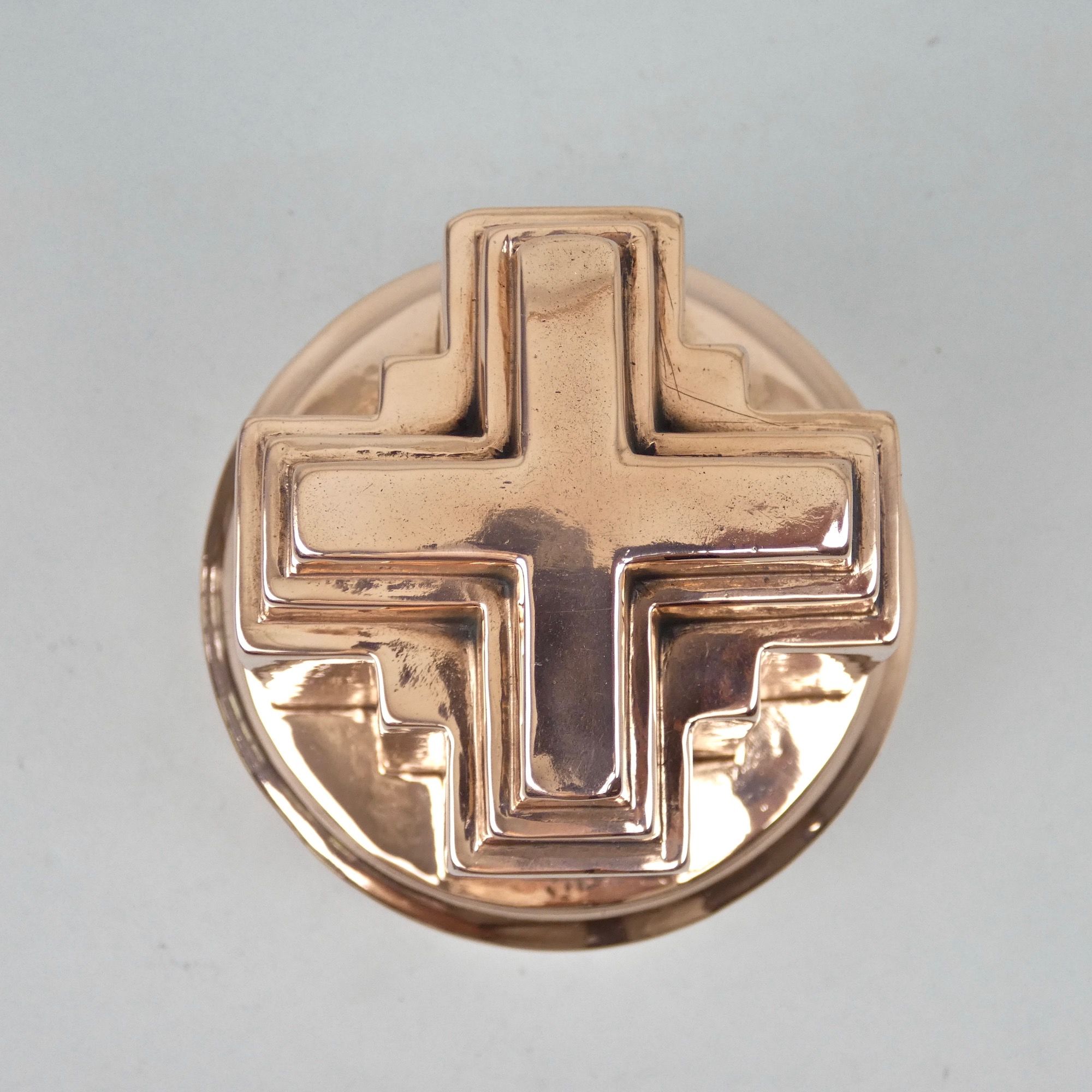 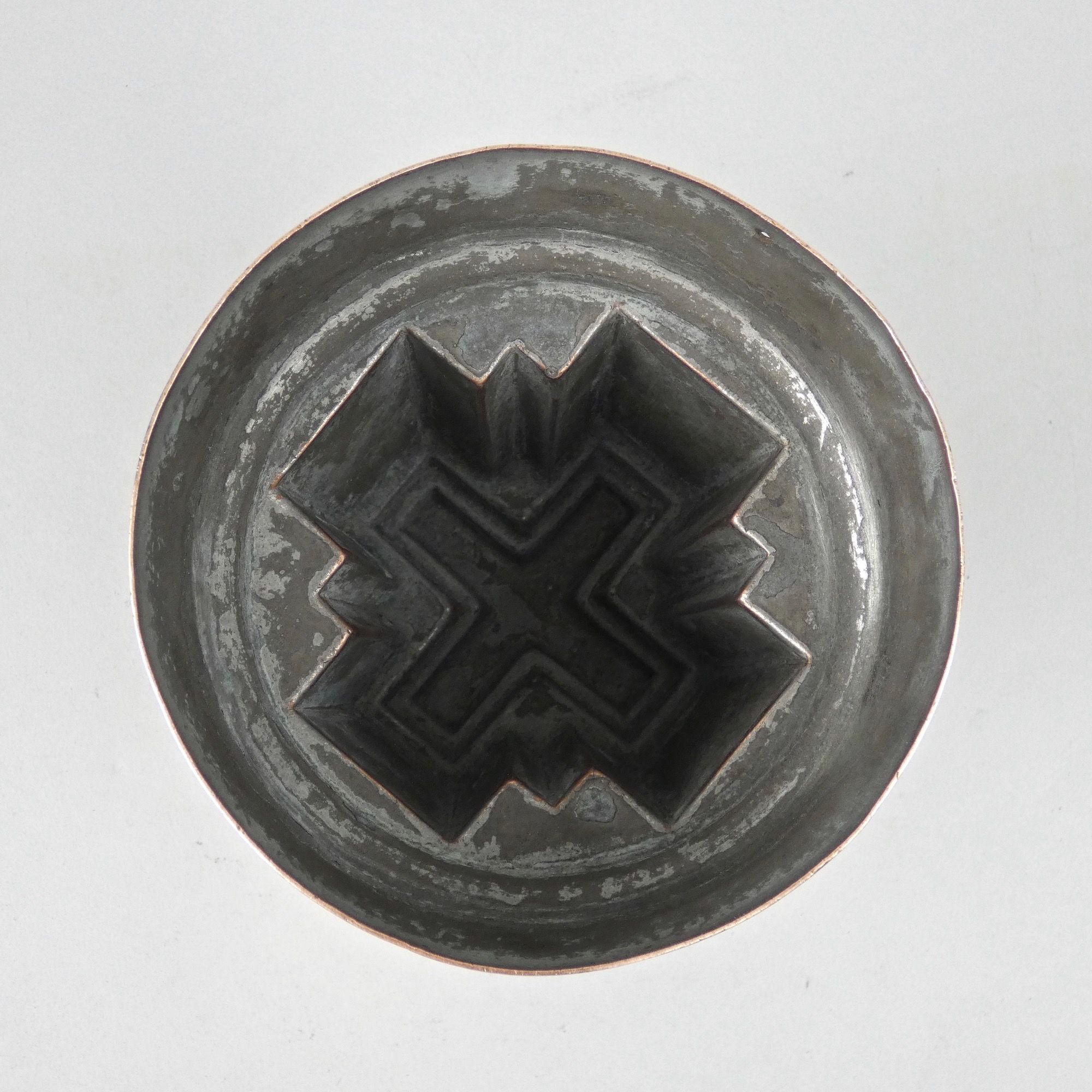