An eighteenth century creamware mould on three peg feet. This mould has a very well detailed wheatsheaf to the base which is surrounded by two borders. The inner one is a simple beaded border and the outer border is the design which is known as either the loop and pin or the egg and dart. This outer border was used on many moulds of the period and also on printed or painted creamware dinner services of the time. The mould is finely potted and it dates from c.1790.

Condition: Two small chips to the rim and a small chip to two of the peg feet. Slight staining. 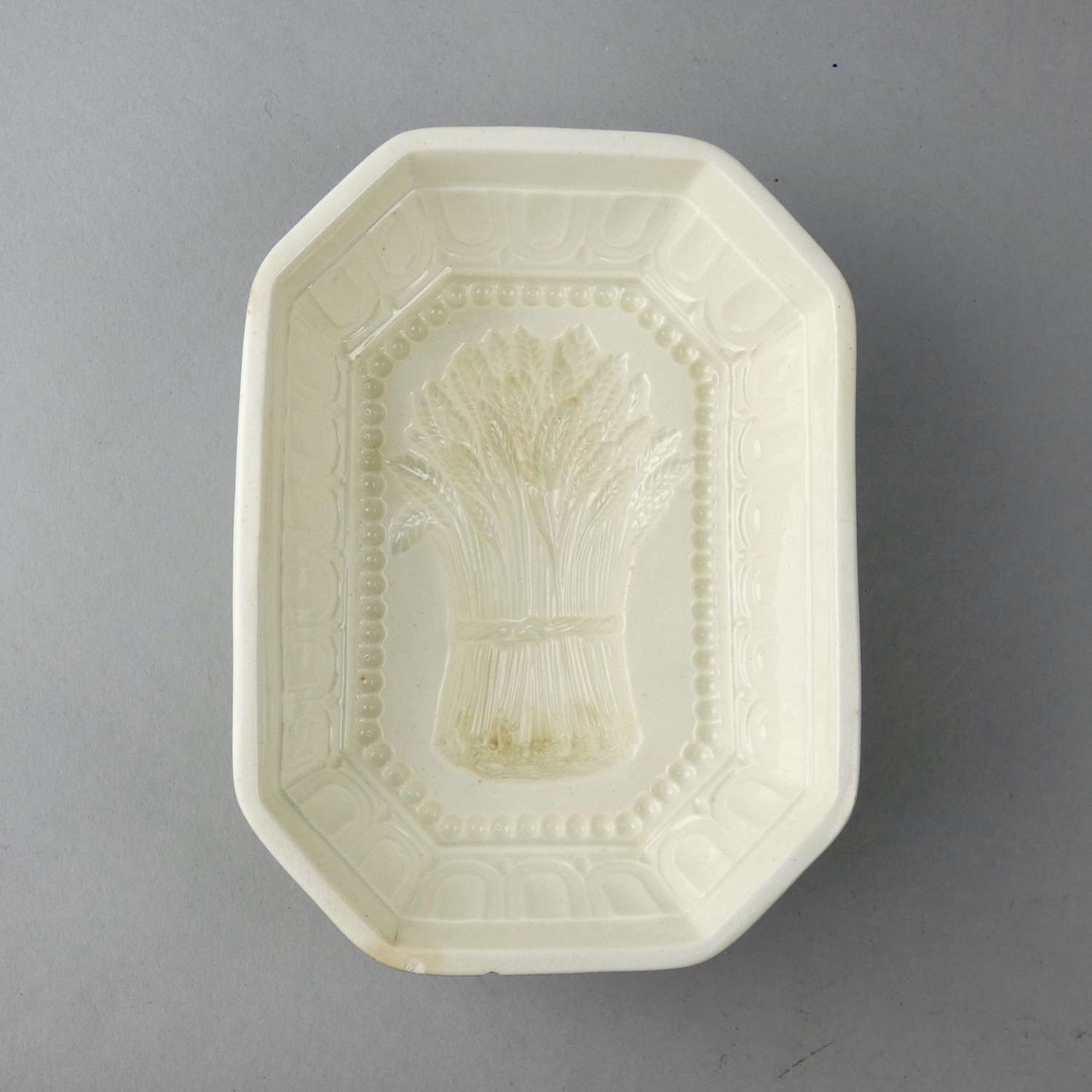 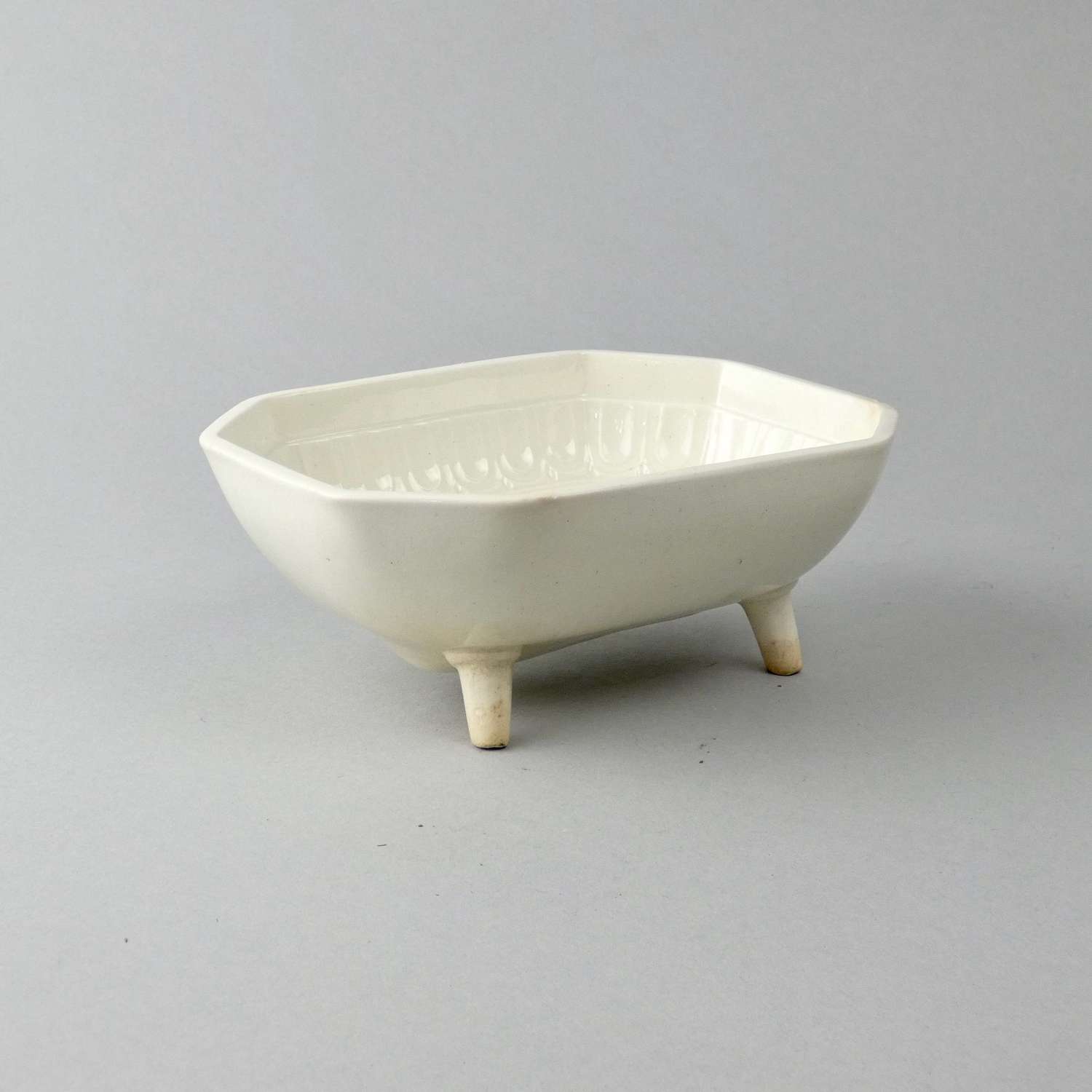 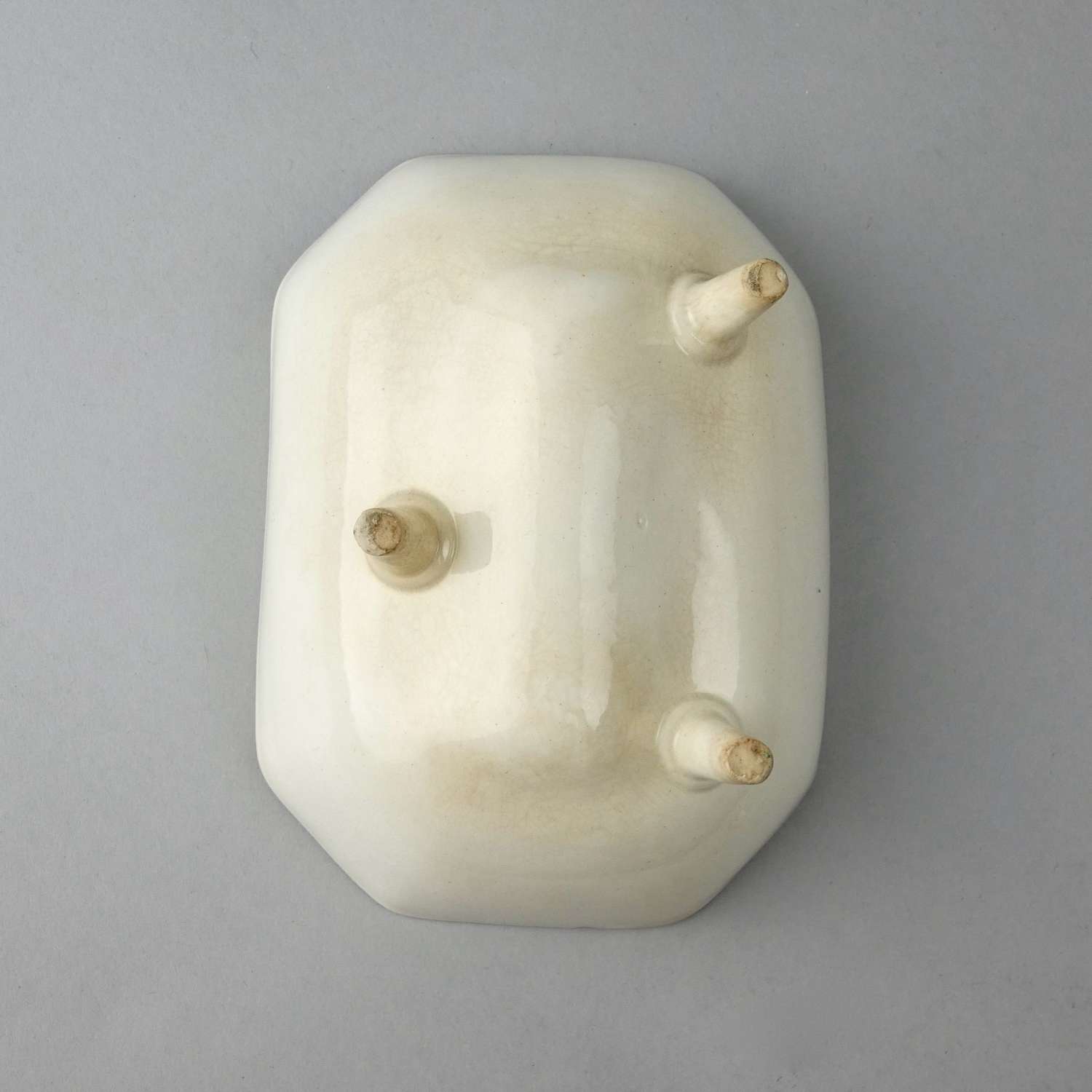