A 19th century, pewter, ice cream banquet mould with a group of fruits to the top. This is marked, in the base, with a registered design Kite Mark which dates the registration of the design of this mould to the 22nd of July 1868. It is also stamped with “NO 15” which would be the pattern number and “PINT & 1/2” which refers to the capacity. This type of mould was made in three sections, which allowed for a much easier release of the ice cream, and it turns out a fluted pillar with the group of fruits on the top. The base of the mould is slightly mis-shapen, but this is very minor. Other than this the mould is in very good condition and the interior is still in very good, bright, usable condition. The exterior has a dark patina. 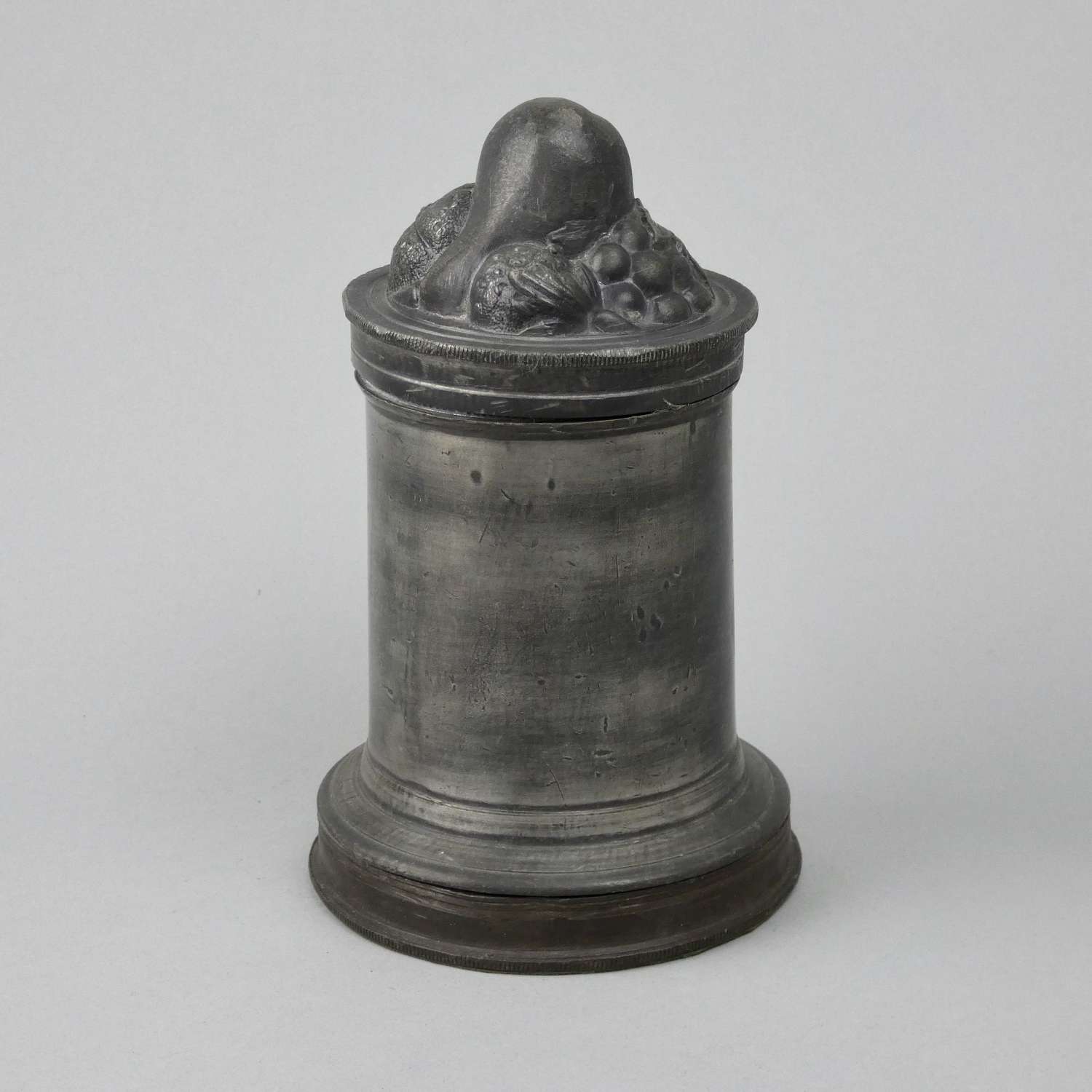 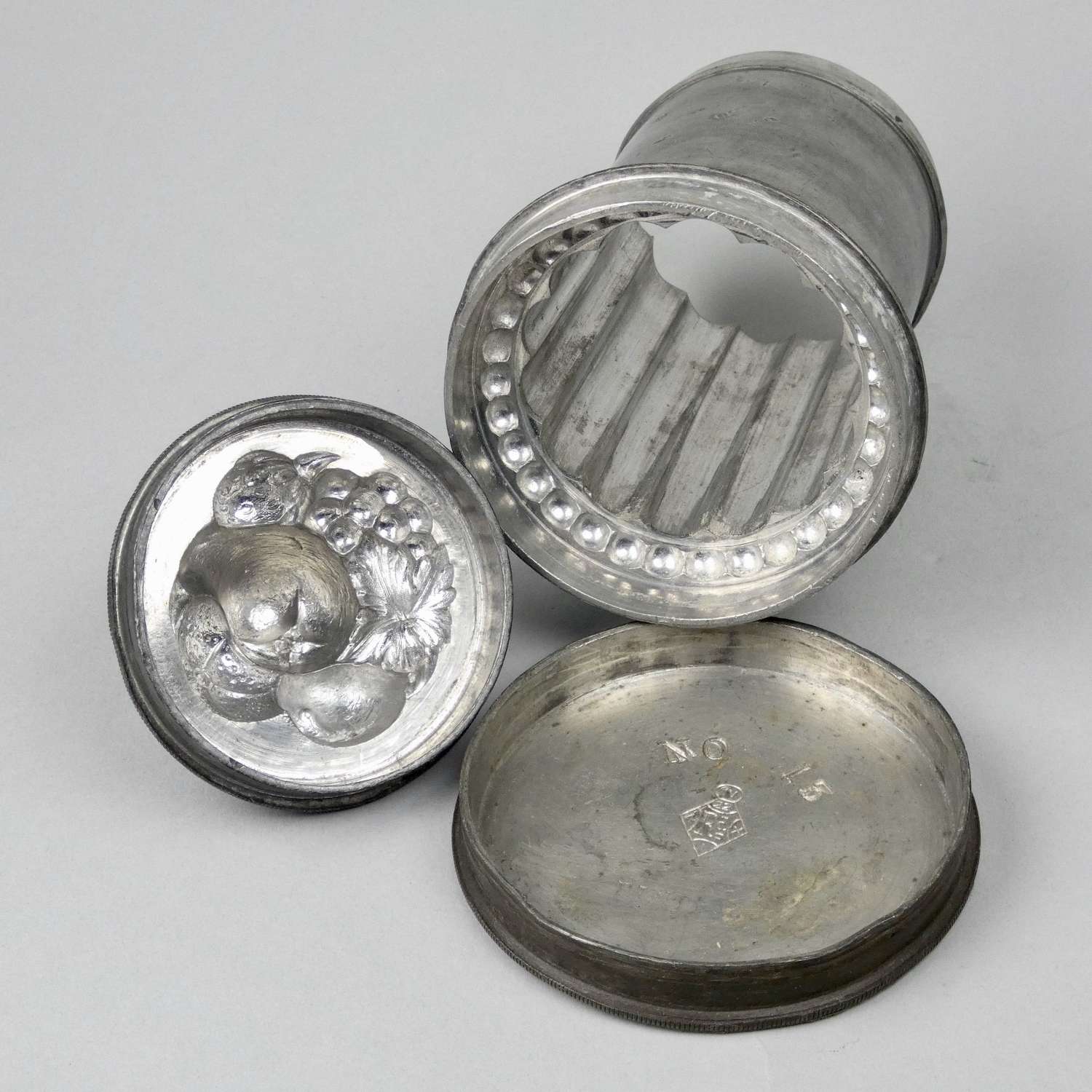