An early 19th century, cast iron boot scraper. At the start of the 19th century, cast iron door furniture, including knobs, knockers and scrapers, became very popular and was made by numerous foundries including Kenrick and Coalbrookdale. This is a super quality example, which could easily have been made by Coalbrookdale, and it would have been set in to the ground by the side of the door. It is very ornate, with the scrapper in the shape of a lyre.

The surface shows signs of pitting, due to weather exposure over the years, but it is in good condition for its’ age. 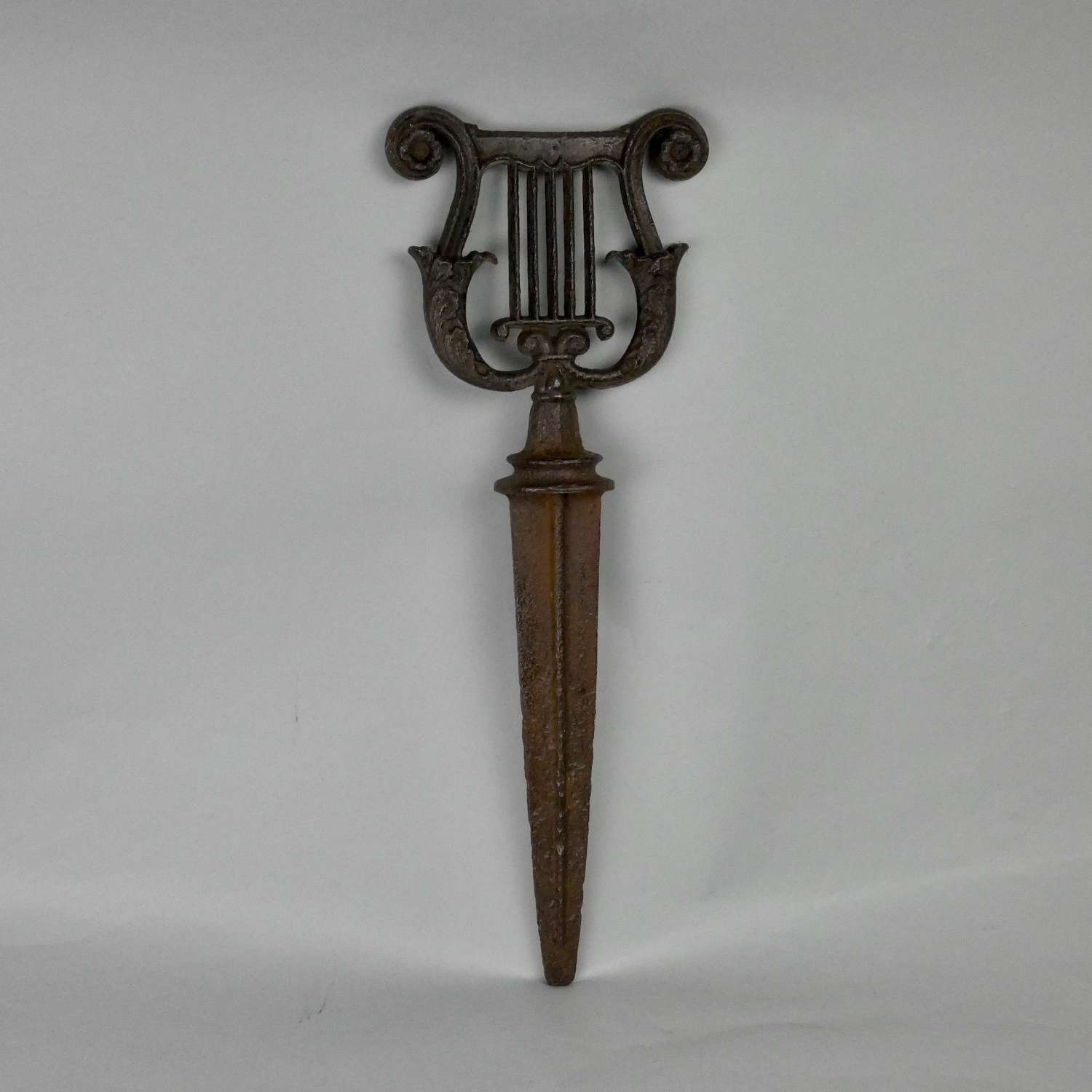 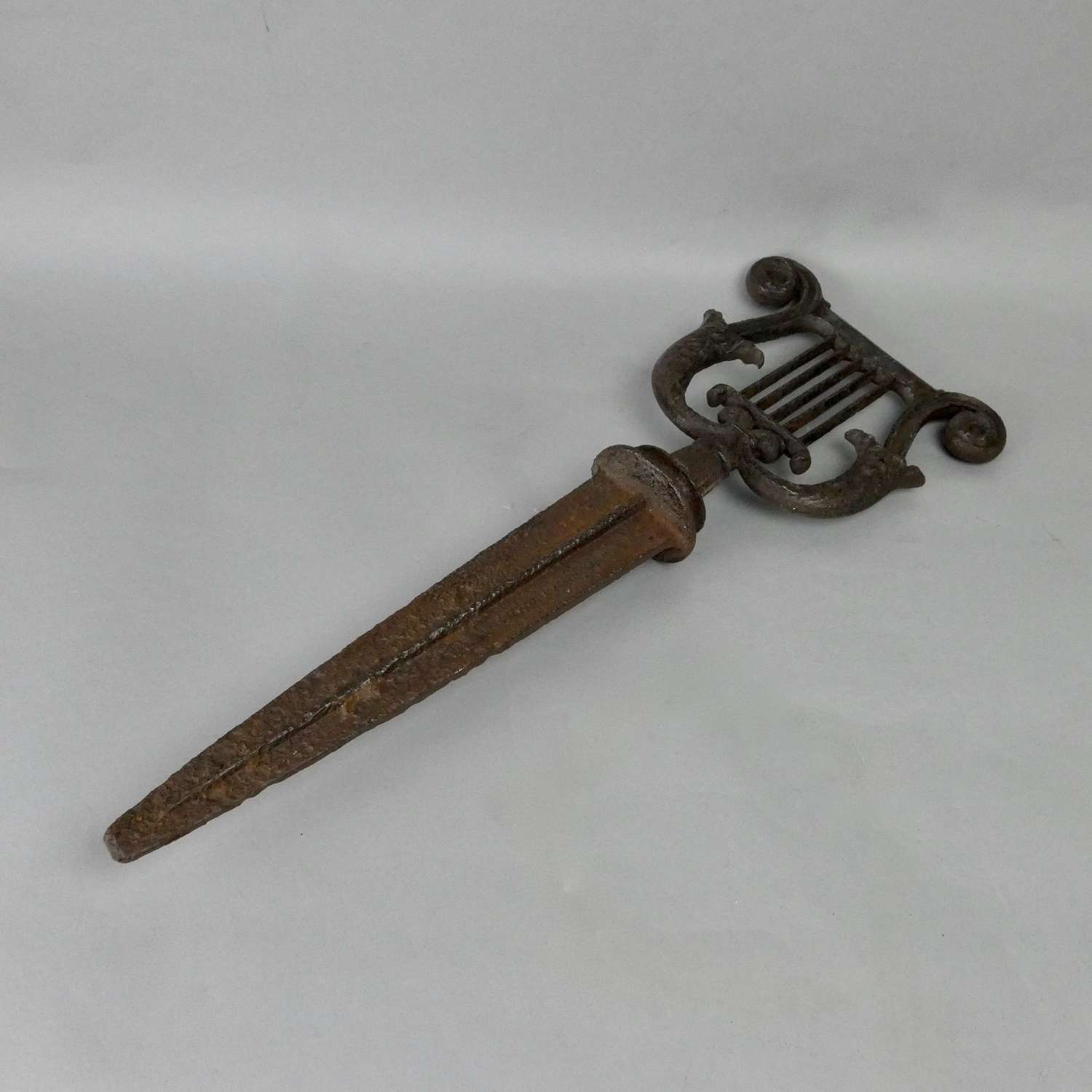