A copper and tin mould with a crown to the top. The copper top of this mould is well modelled, in the form of a crown, and the fluted sides are made from tin. The tin section is stamped “H2”. This form of mould became popular in the early 20th century and this dates from c.1910. It was probably made to commemorate the coronation of George V in 1910.

It is in very good condition but could not be used as there is slight rust to the tin on the interior. 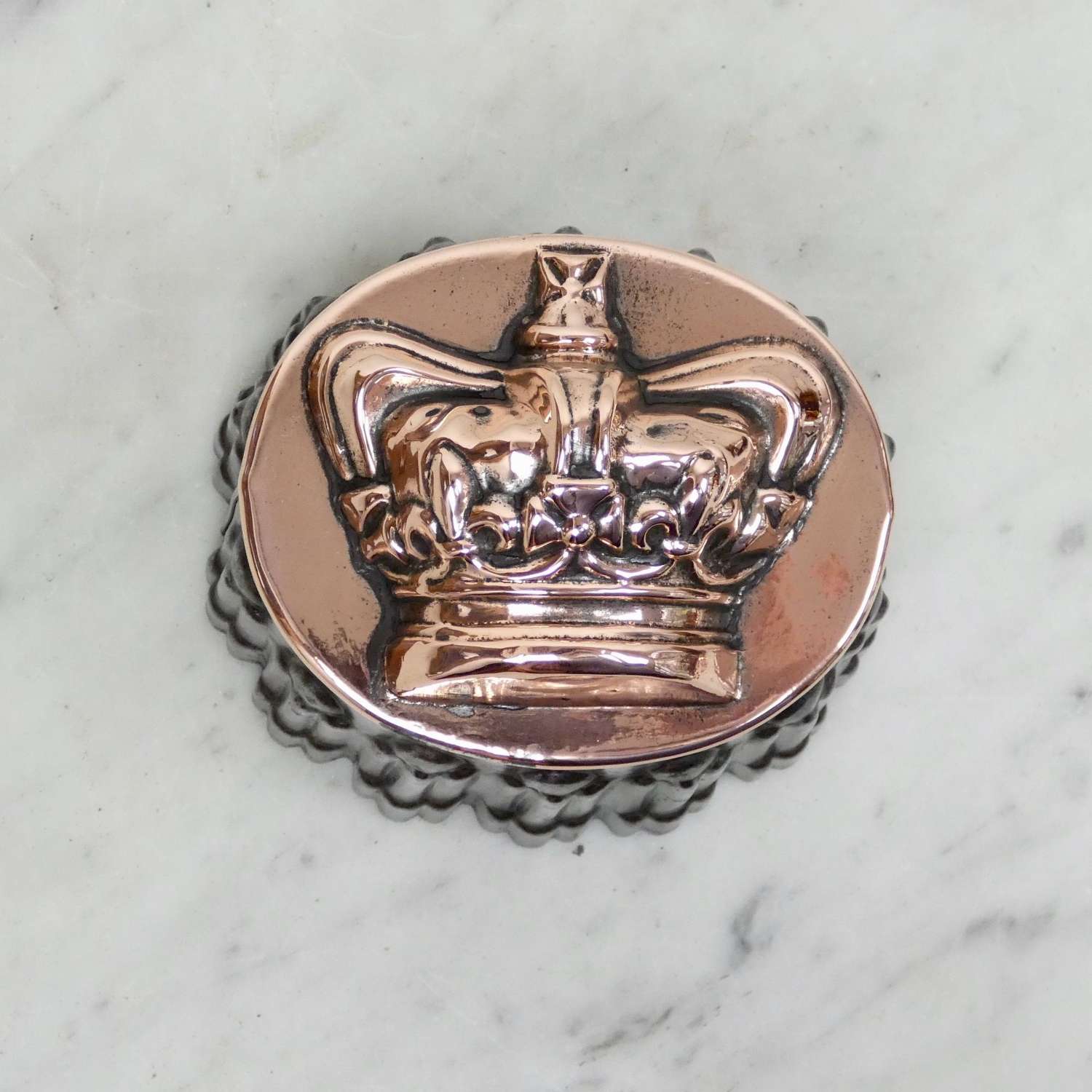 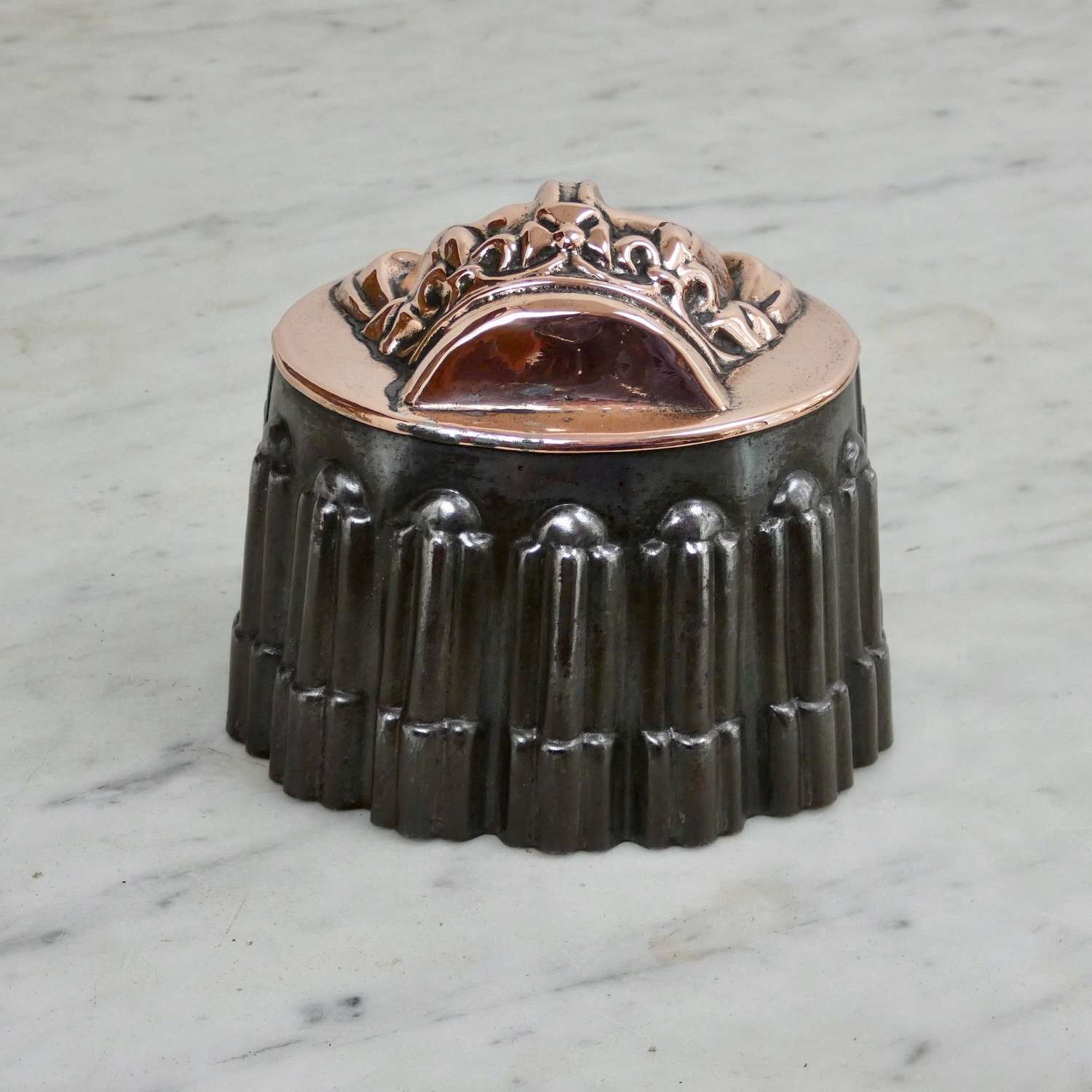 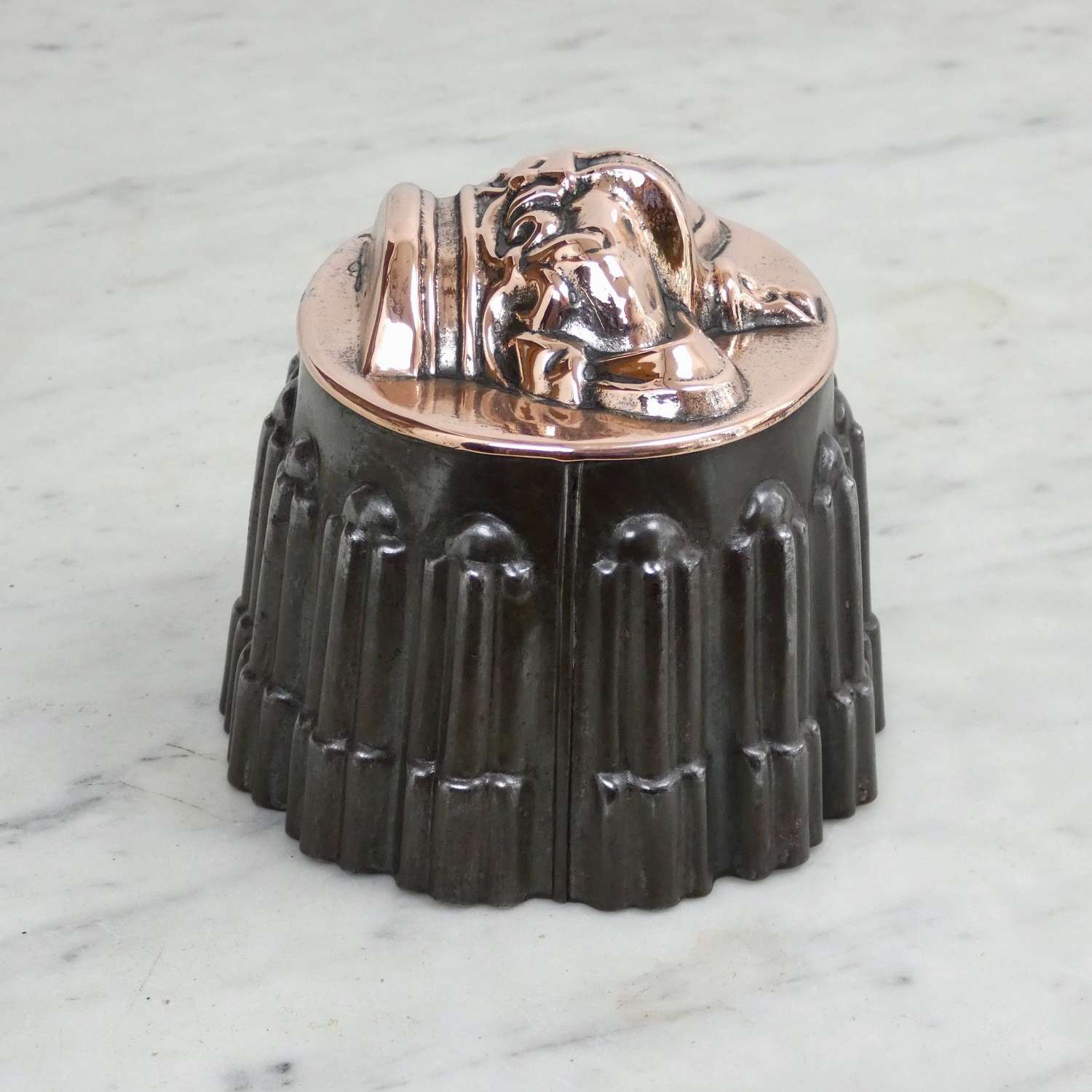 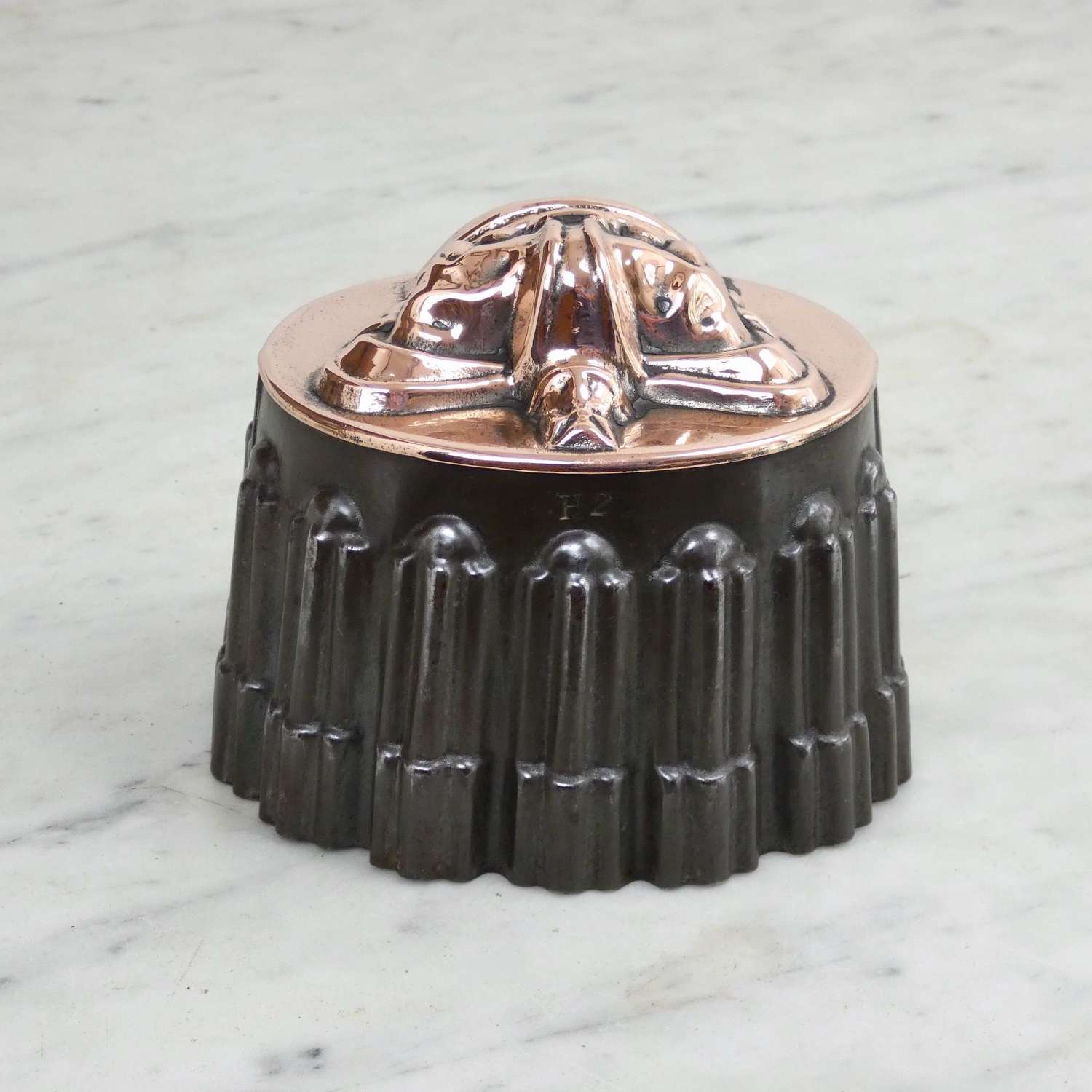 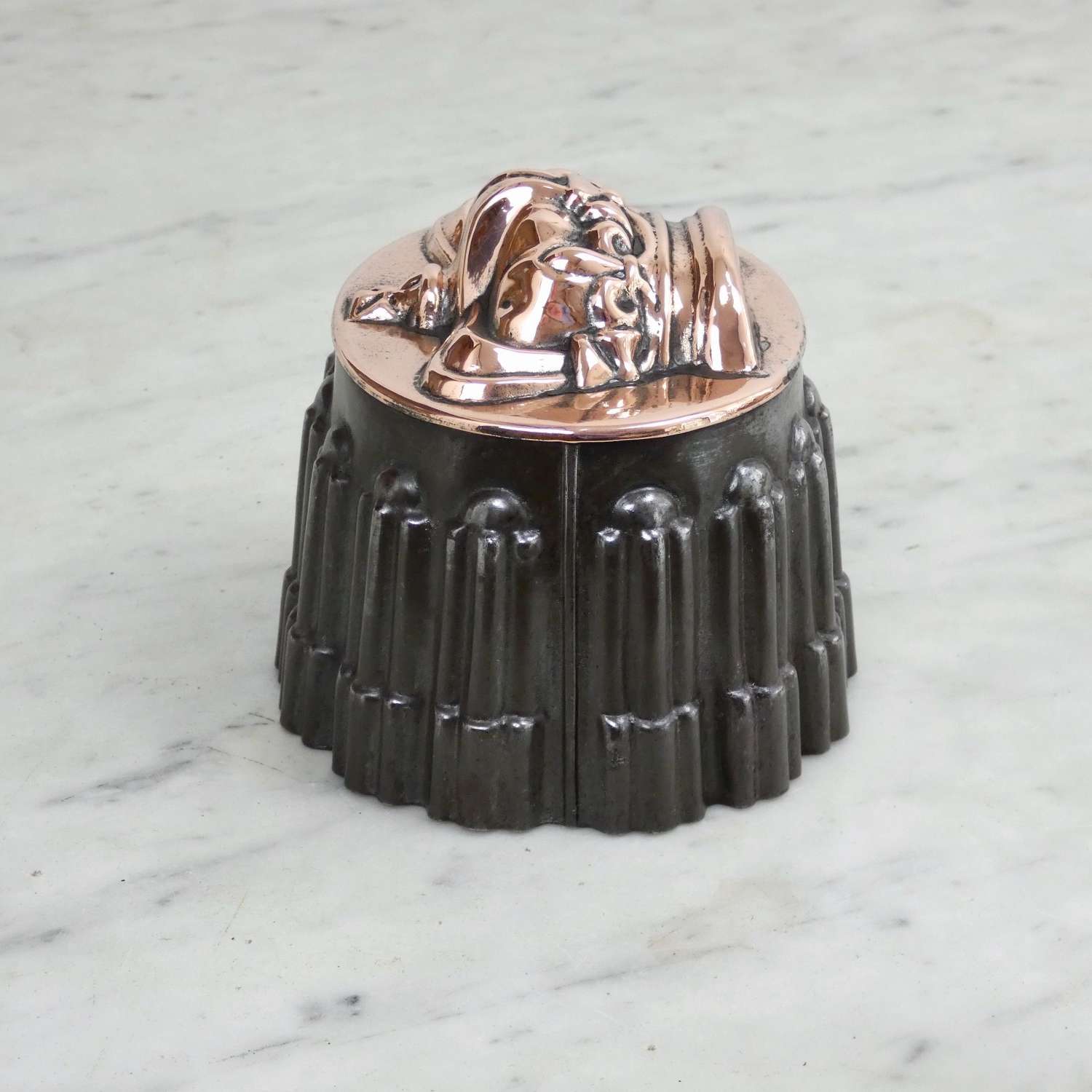 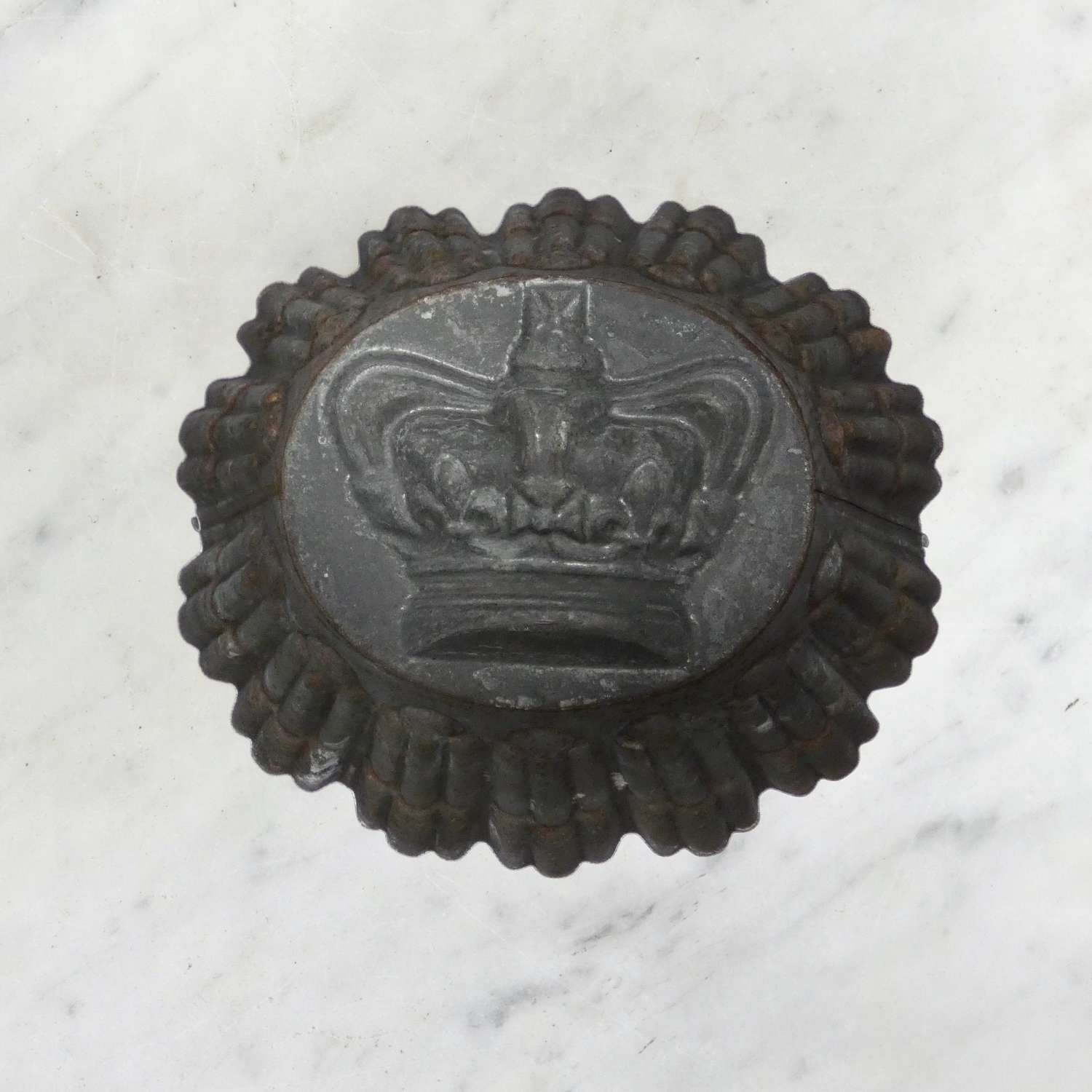