A 19th century, Benham’s copper, Belgrave mould. This mould has numerous marks. It is stamped, on the rim, with the orb and cross symbol used by Benham’s.To the opposite side is a workman’s mark in the shape of a radiating sun and it is also stamped “BENHAM & SONS WIGMORE ST. LONDON” within a buckled belt shape. To the top of the mould is a number ’11’ and this would have born some relevance to the kitchen from which it came.

The design was known as the Belgrave. Sometimes this design was supplied with a pewter insert, with spirals which went into each of the six columns, and this was placed into the jelly. This was then removed when the jelly had set and a different coloured jelly would have been poured into the centres to give an amazing, two coloured effect with the internal spirals. The inserts are now incredibly hard to find.

Condition: Three of the sides of the tops have been pushed in very slightly and the tinning is very worn. Otherwise it is in good condition. 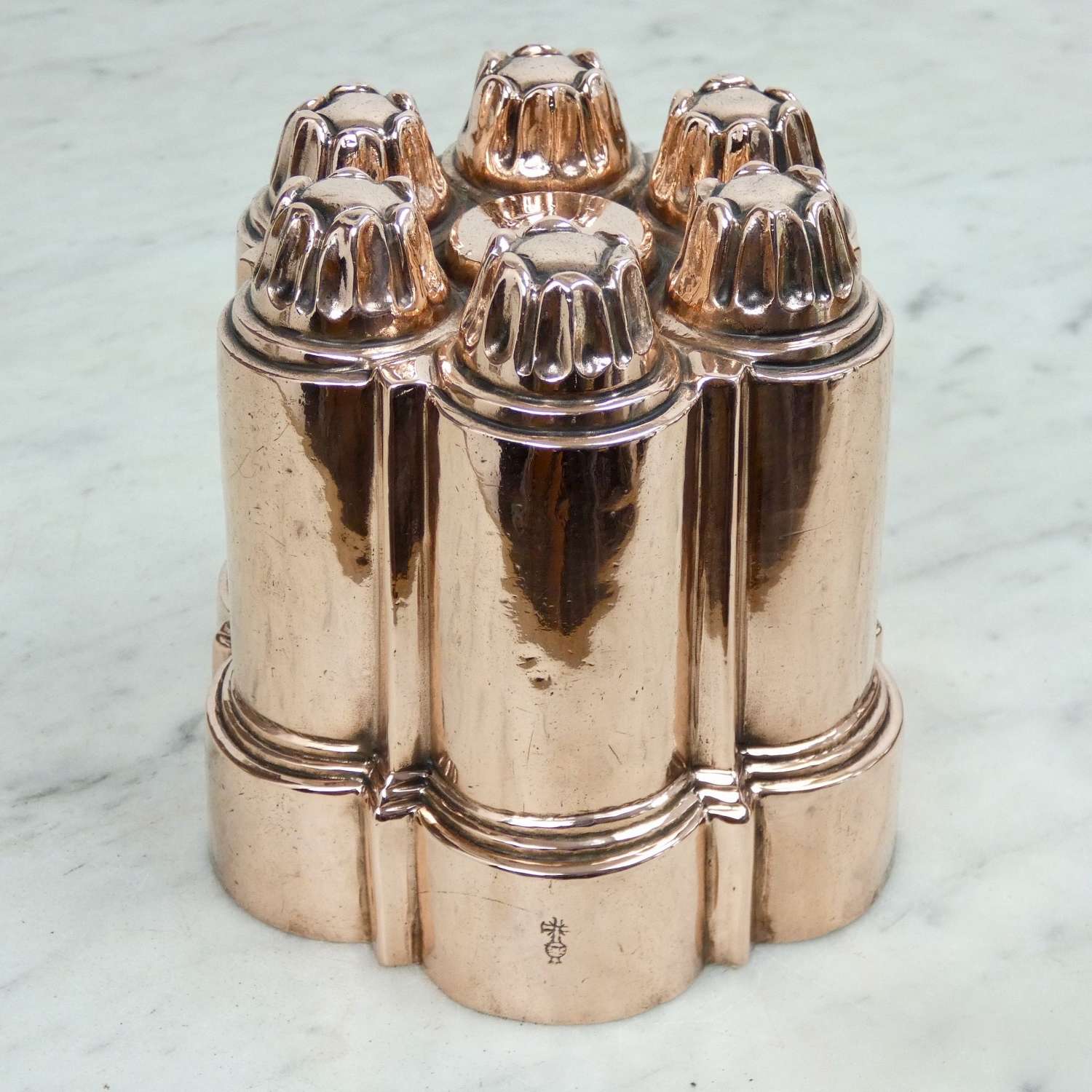 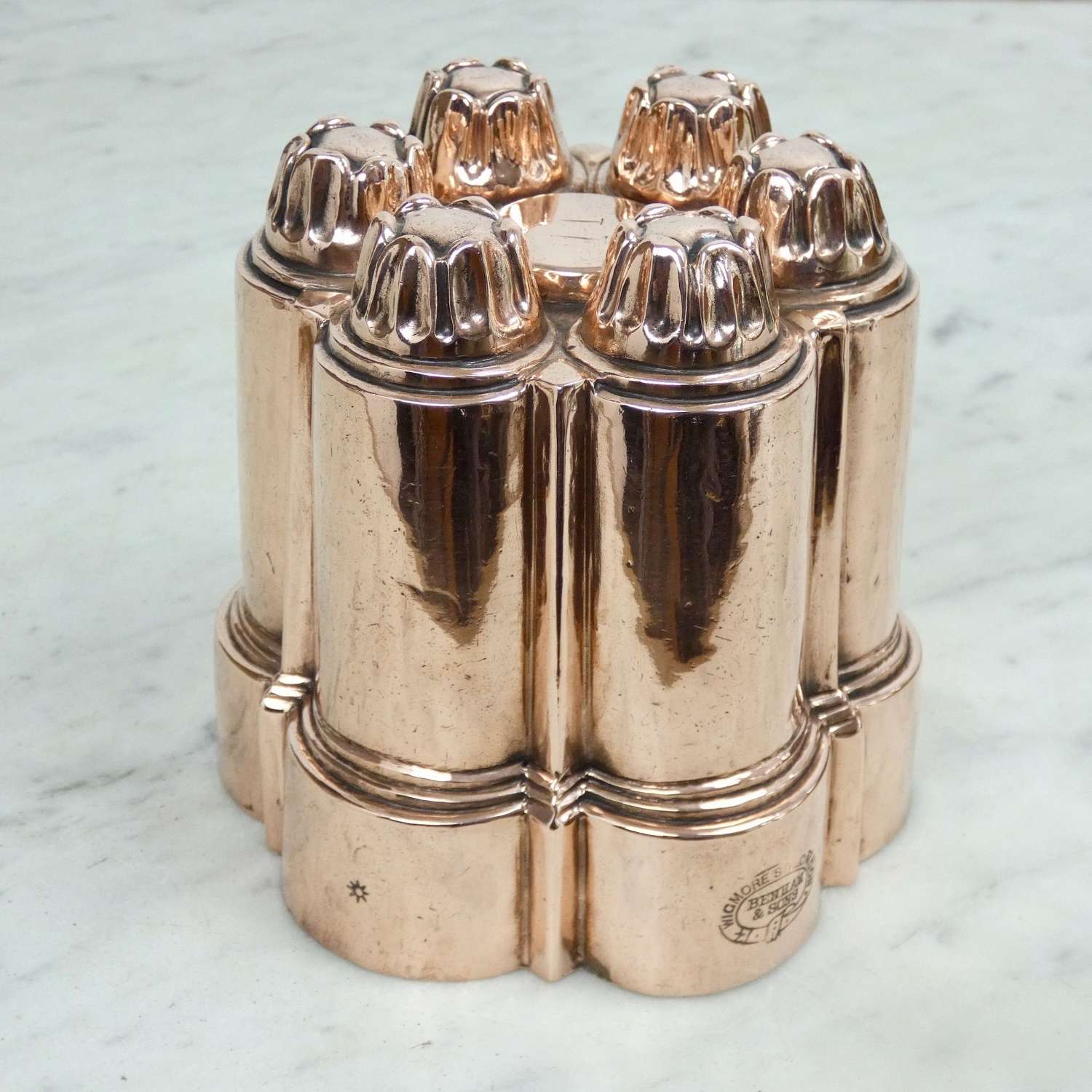 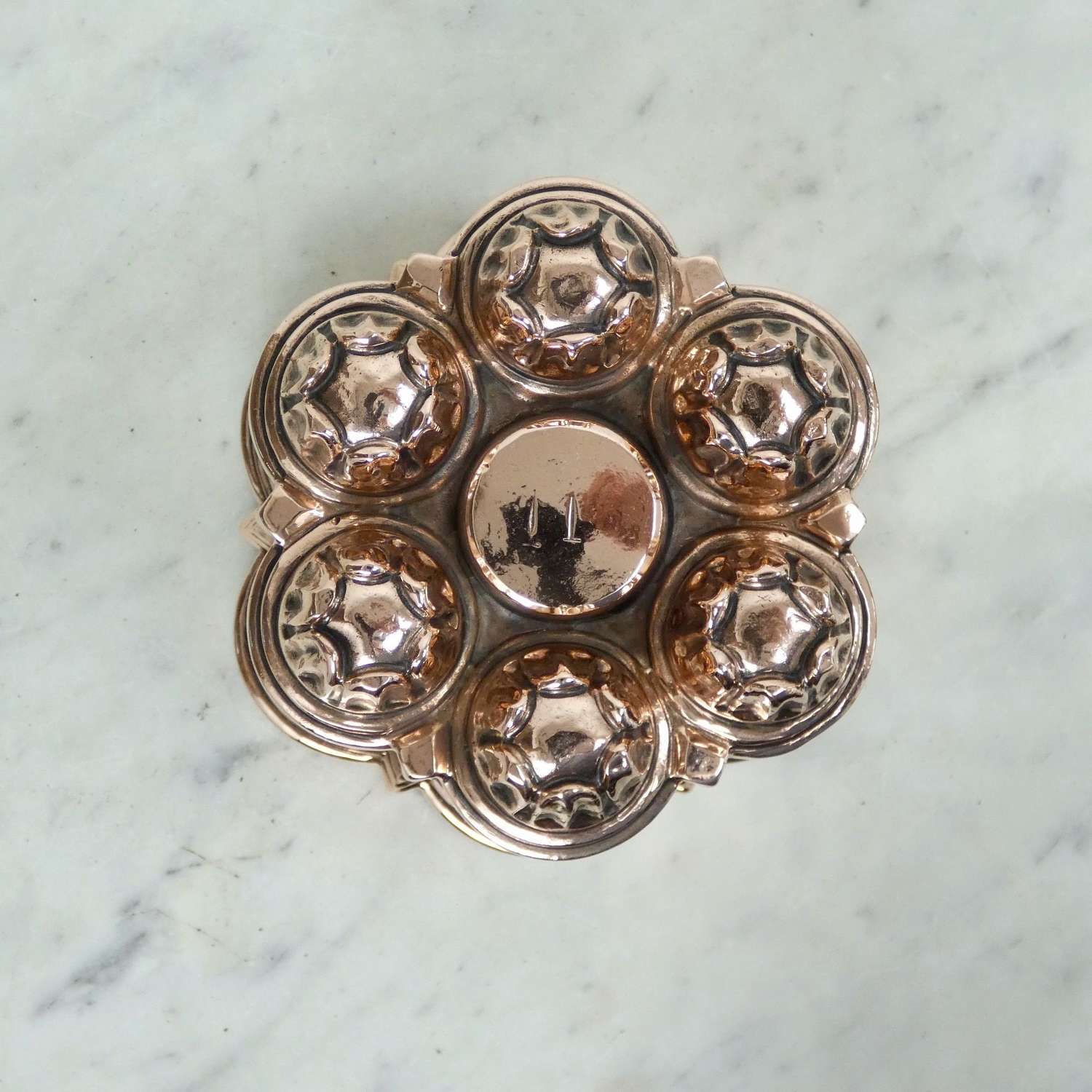 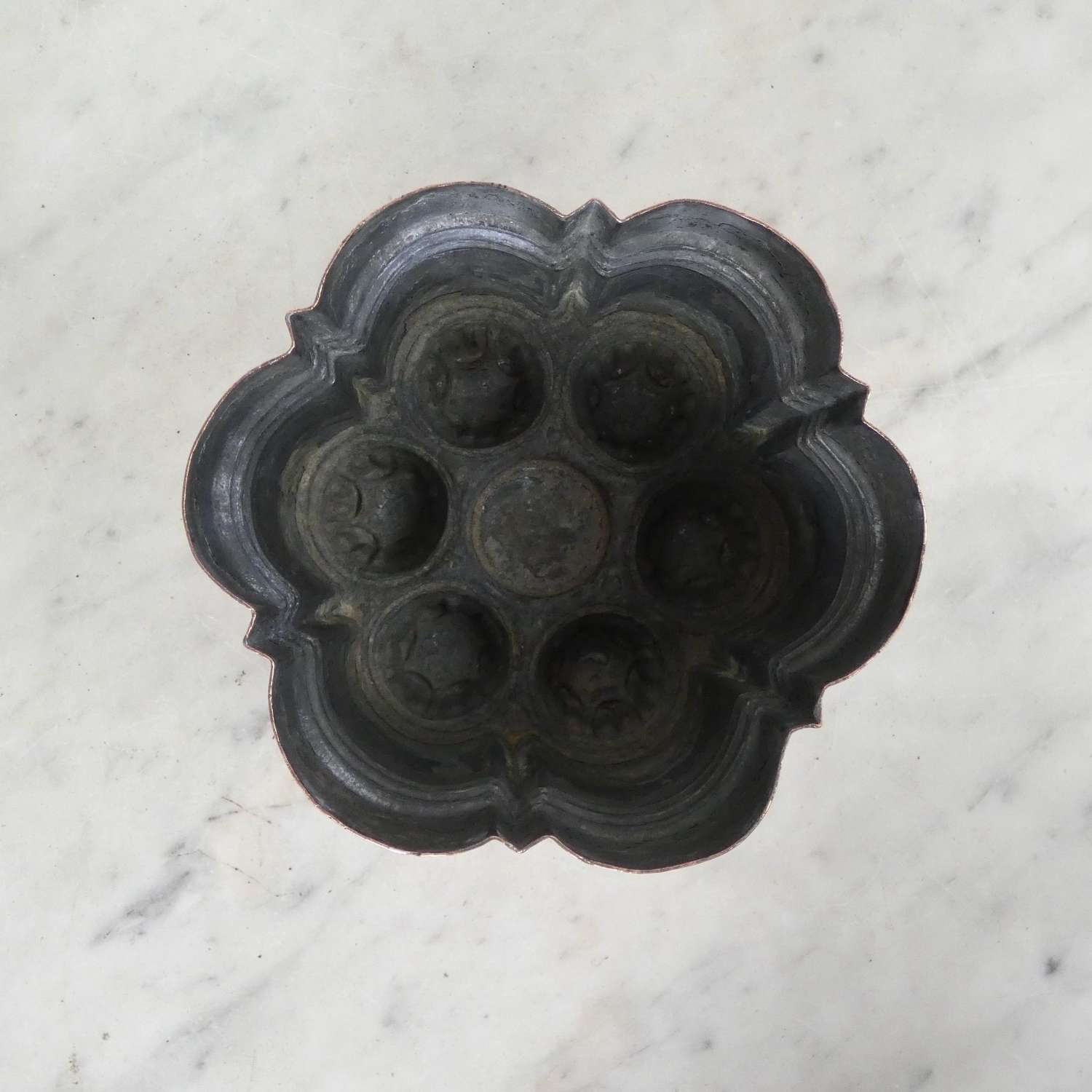