Copper Mould from the kitchens of Prince Leopold

A Victorian copper, fancy border mould. This mould is English and it dates from c.1880. It is stamped with a pattern number “346” but, much more interestingly, it is engraved with an ornate crown above a letter “L”.  The crown is that of a Prince and, from this period, the L is probably for Prince Leopold. He was the youngest son of Queen Victoria and he died in 1884 after a brief marriage to Princess Helen of Waldeck and Pyrmont. Due to the shallow nature of this type of mould they work  very well in a hanging display. This example is made from a heavy gauge of copper and the design consists of fourteen very angular columns. There is very slight denting to four of the columns  and the tinning, to the interior, is worn but otherwise it is in good condition. 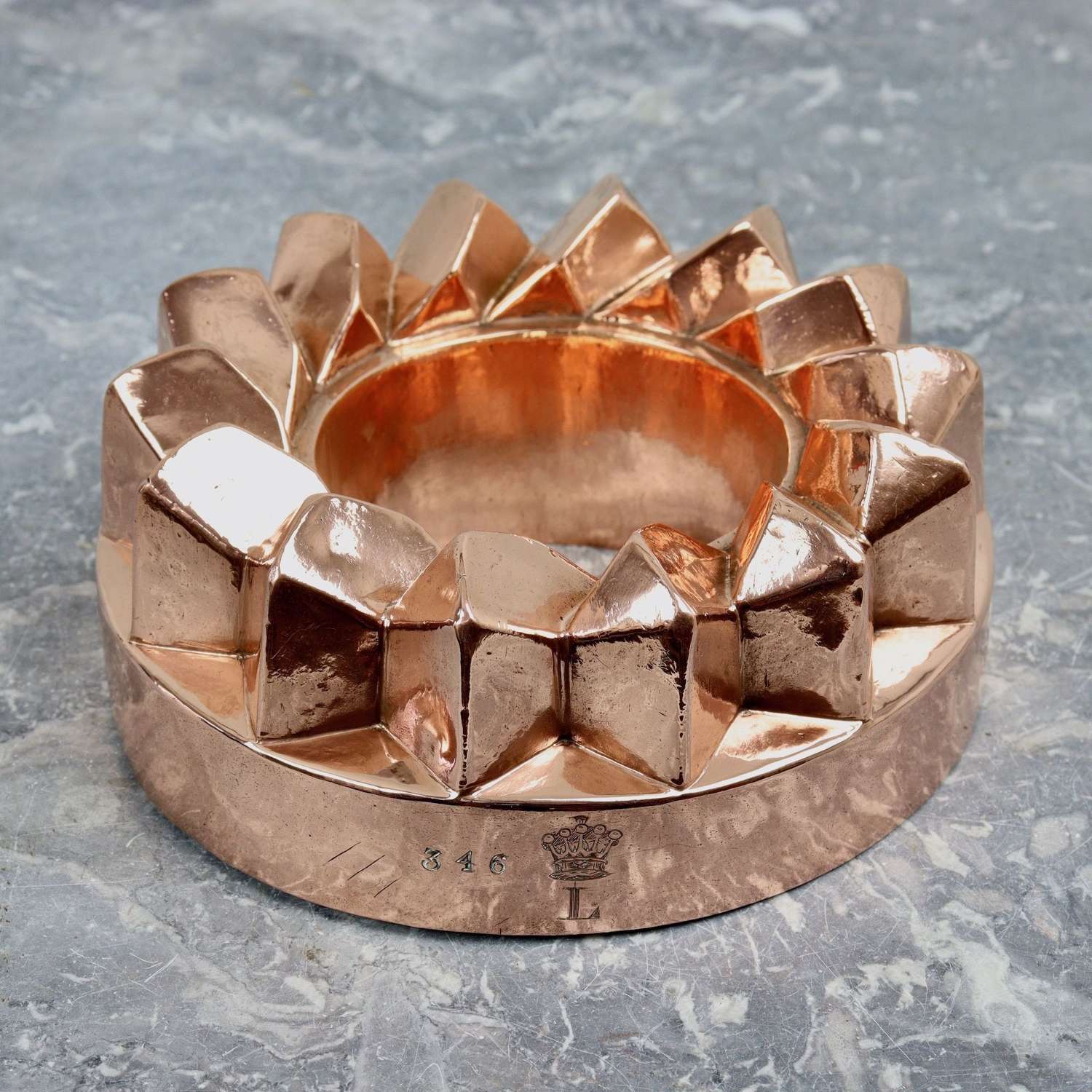 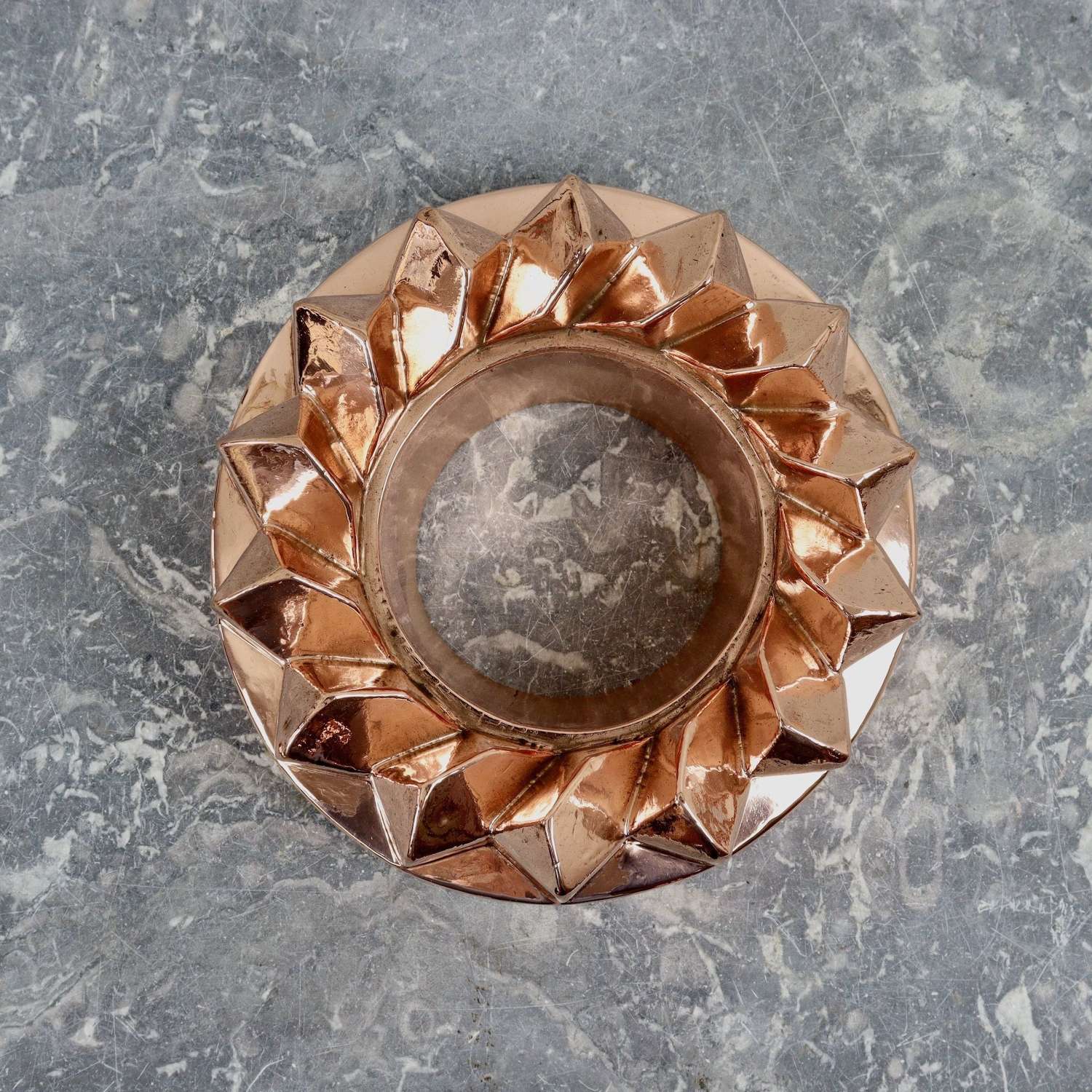 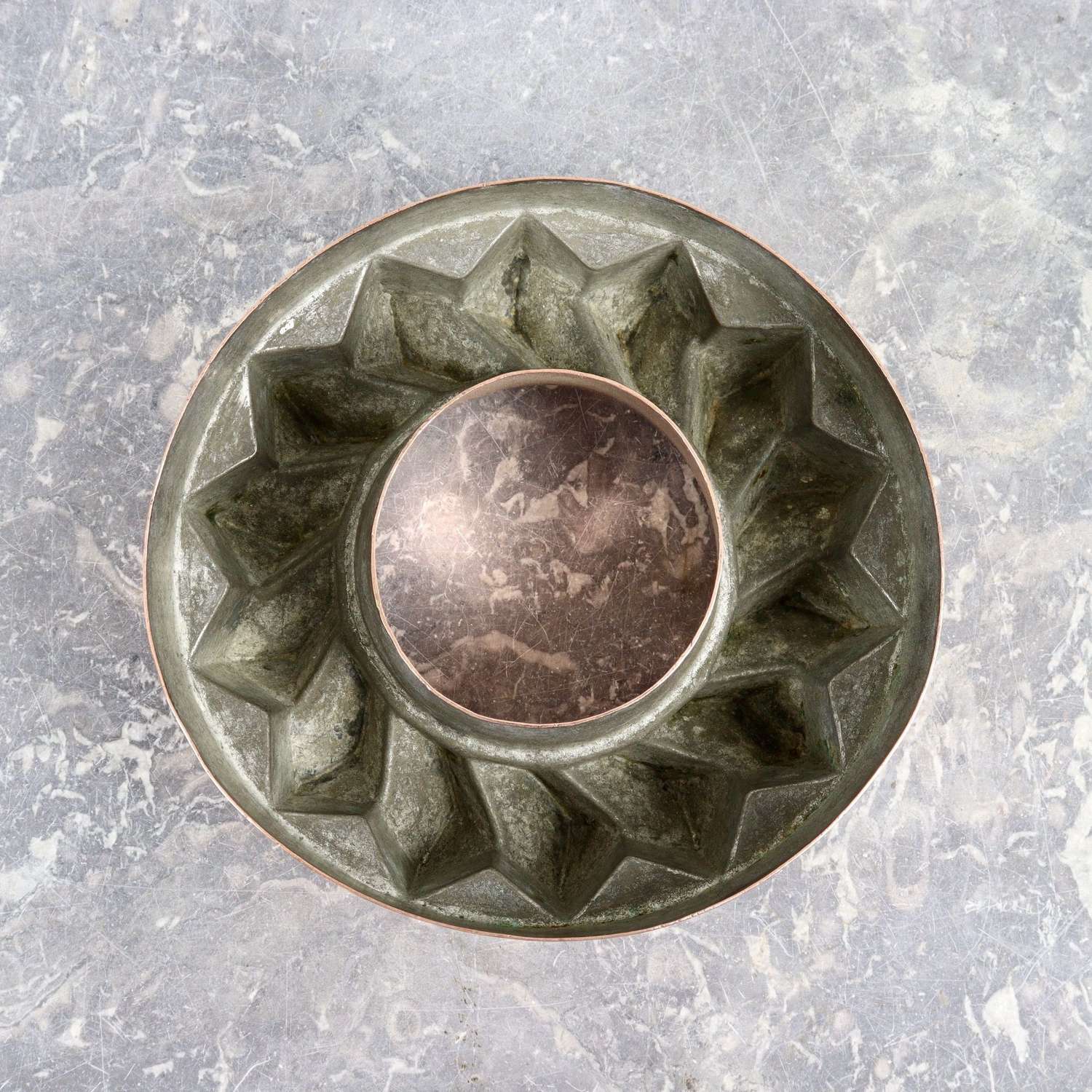