A fabulous, late 17th/early 18th century marble mortar with a fruitwood pestle. Difficult to date more accurately, as it could have been carved anytime between about 1670 and 1730, the design and colour of the marble both suggest German origin. It is a delightful shape, with extra carving beneath the four lobes, and the marble has a lovely buff coloured hue with grey veining. The pestle is equally as charming, being well turned, and there is considerably wear to the end which would be held, which gives it character.

Both the mortar and pestle are in very good condition. There is slight chipping to the lobes  but there are no splits to either the mortar or pestle.

Price includes postage within the U.K. Shipping to the U.S.A. add £25. Most of Western Europe add £10. 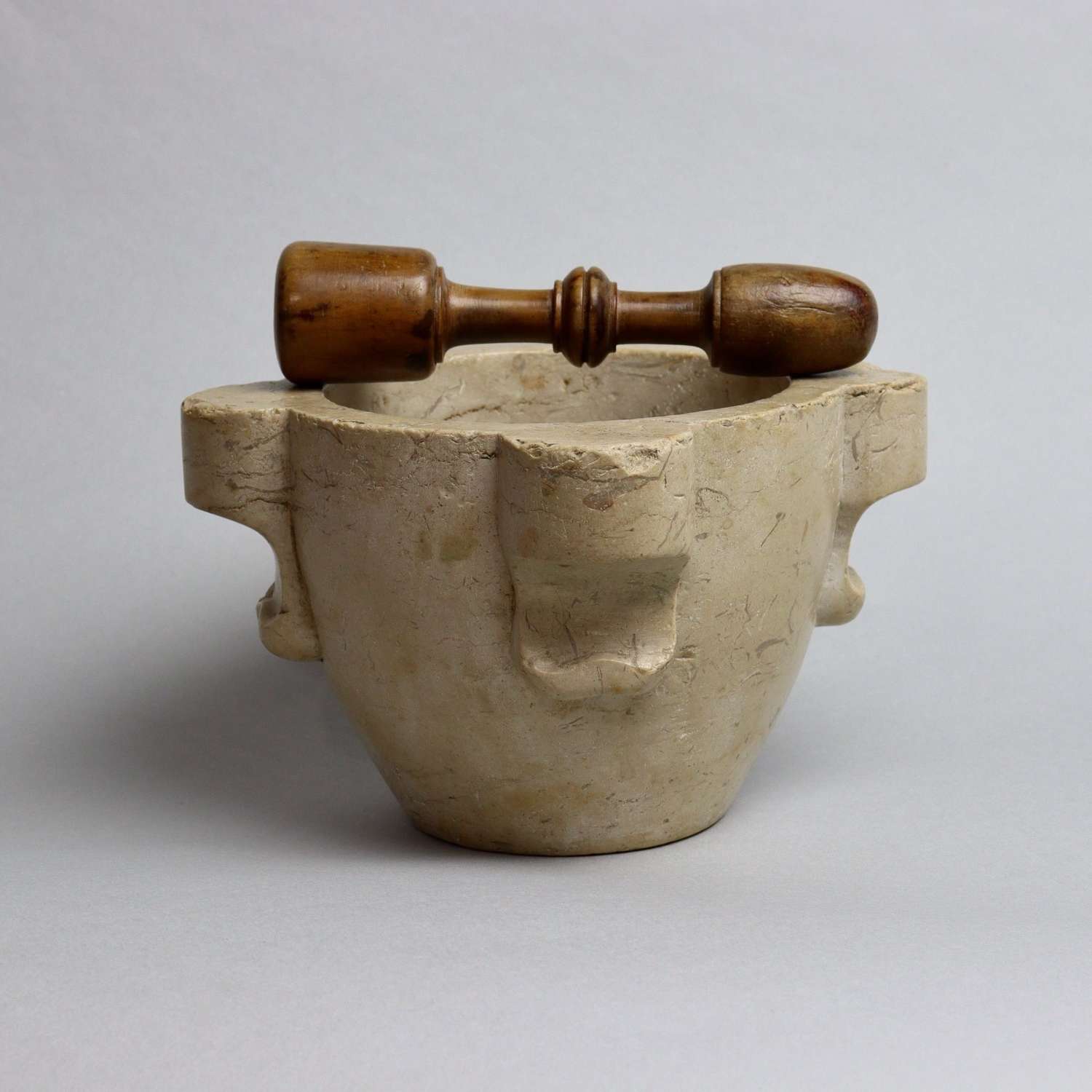 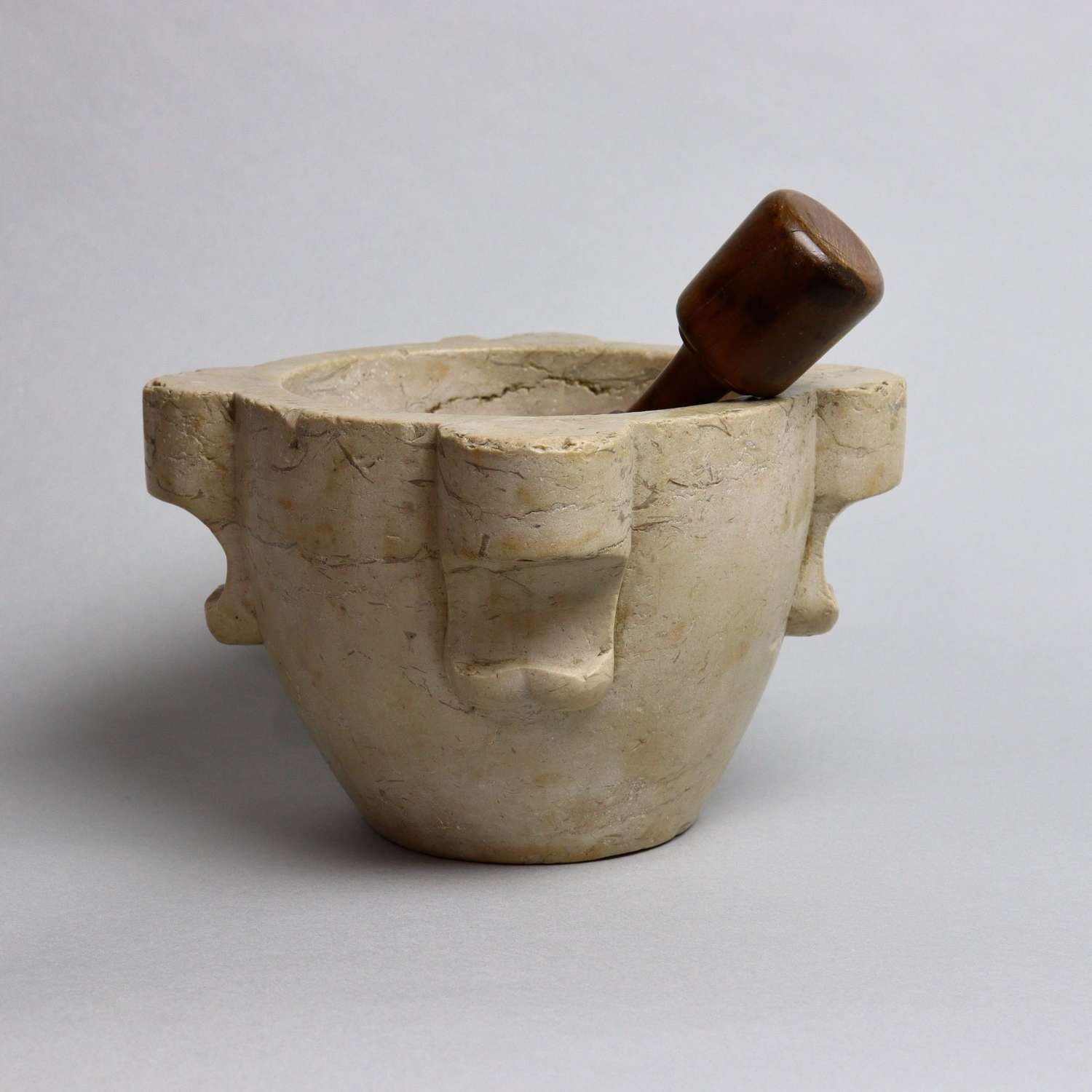 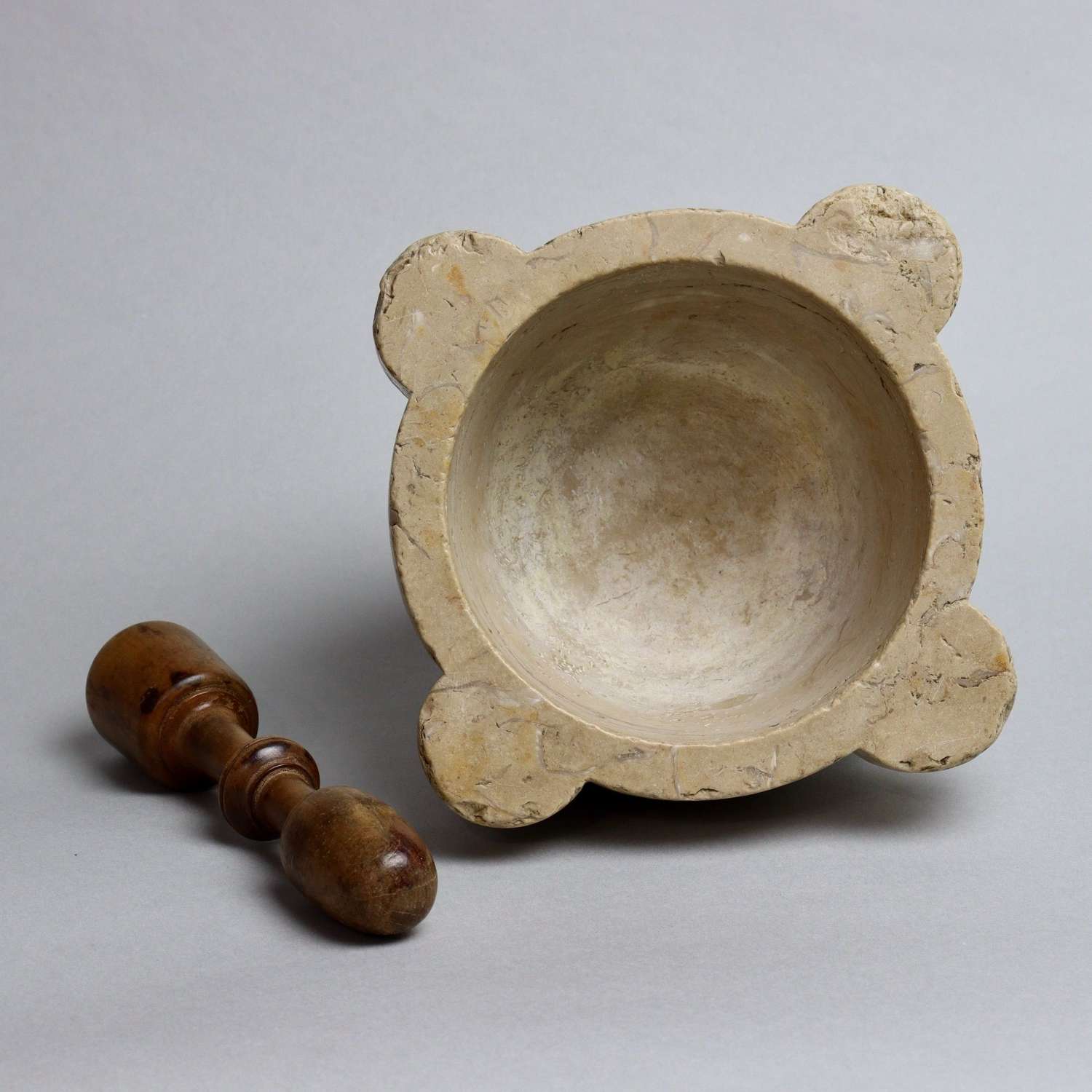 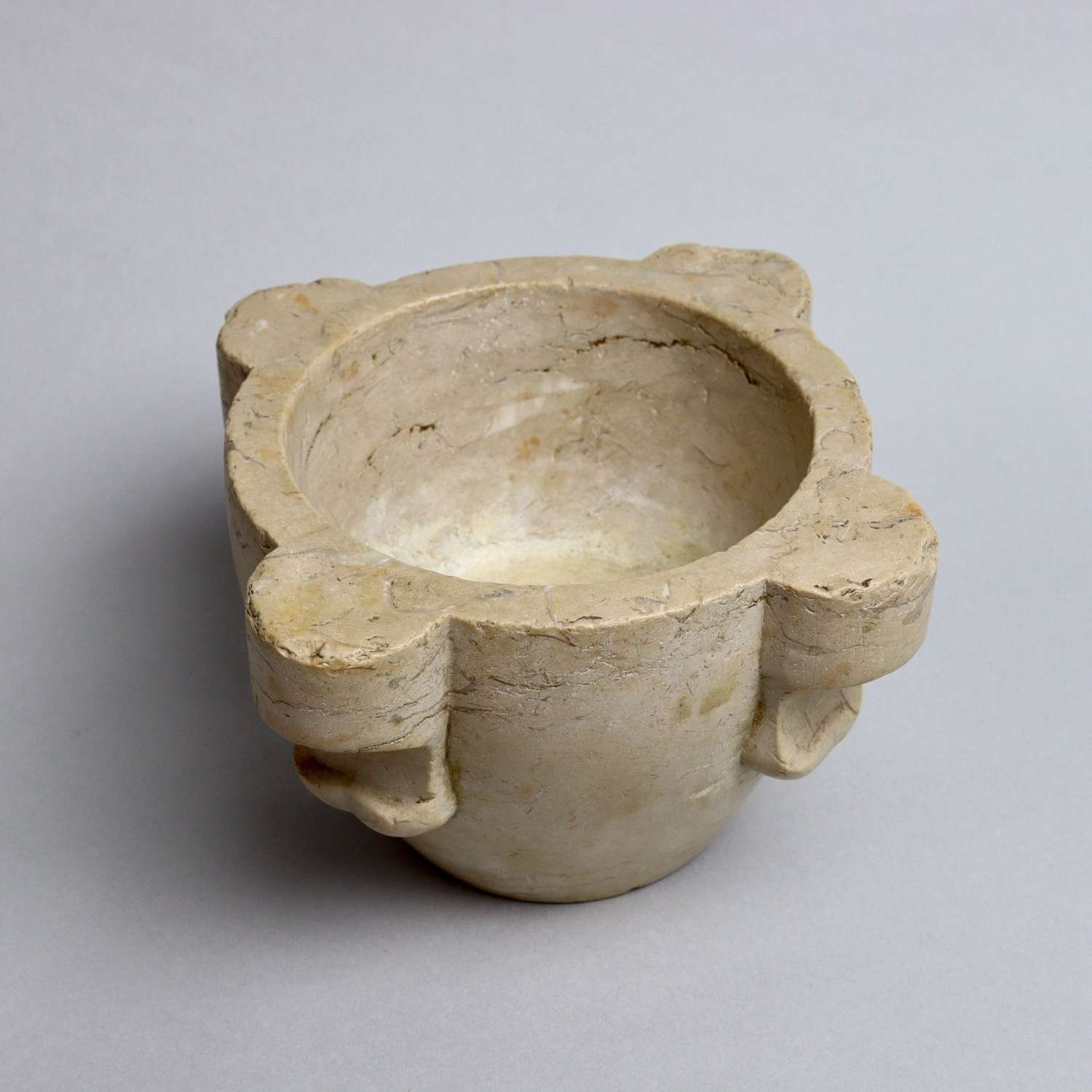 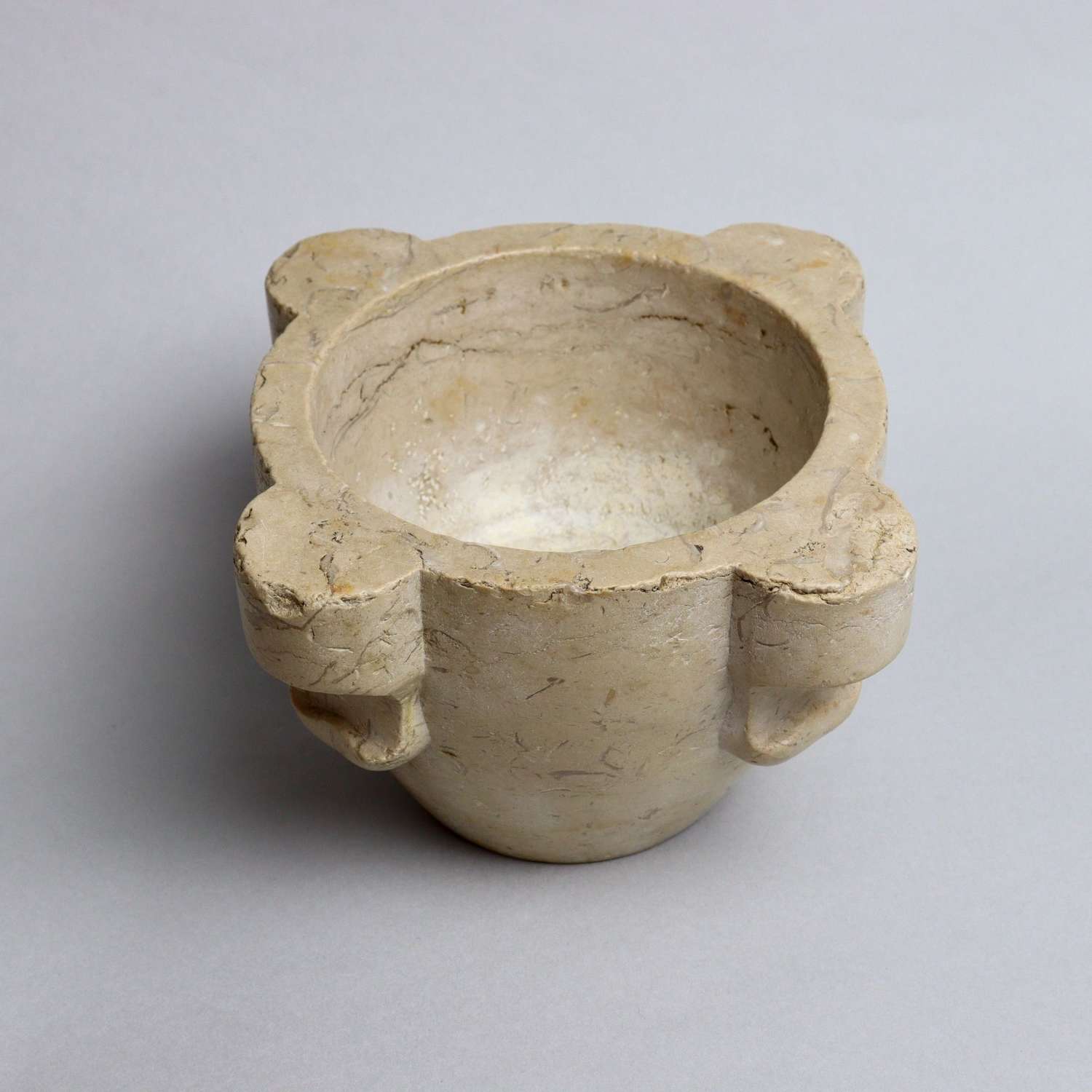 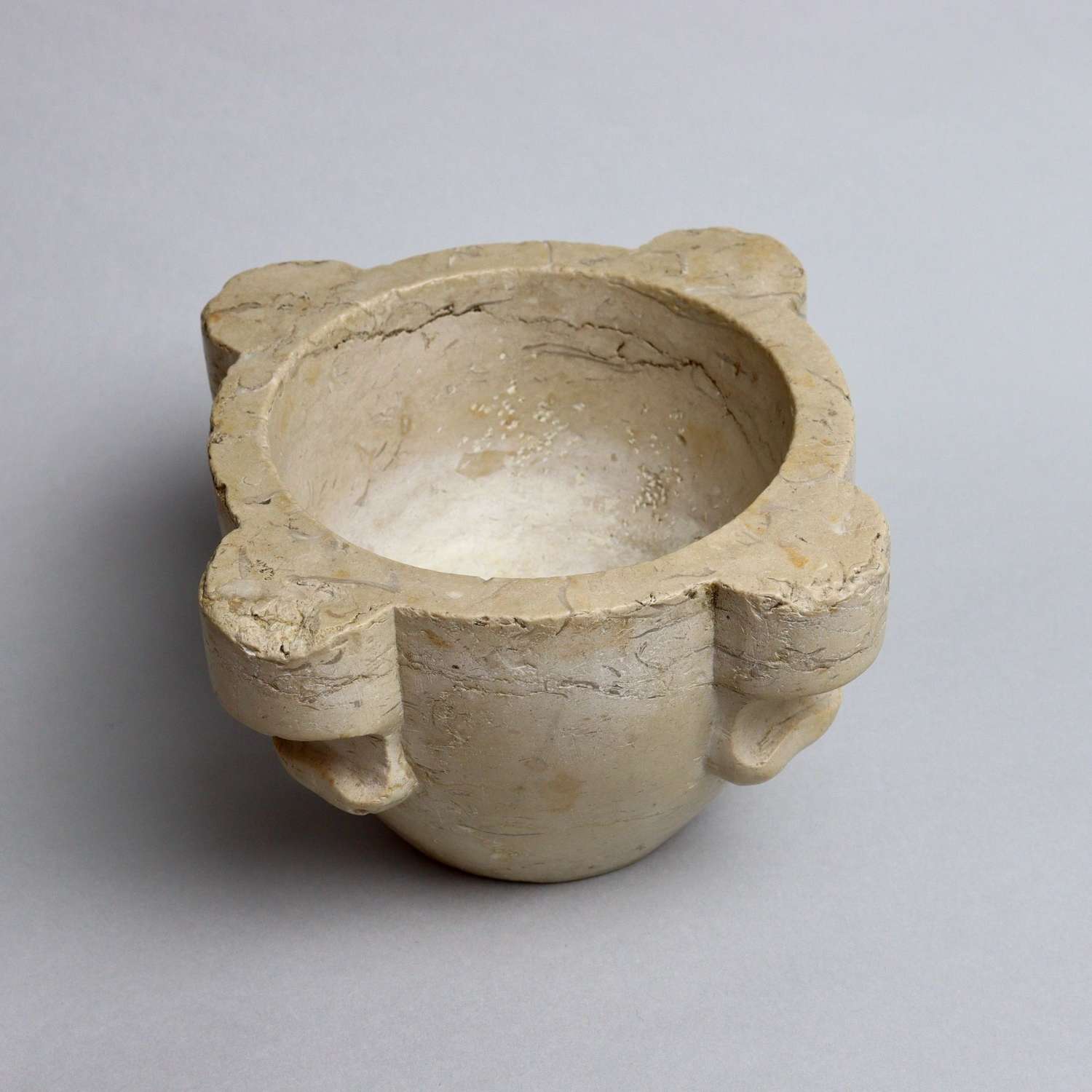 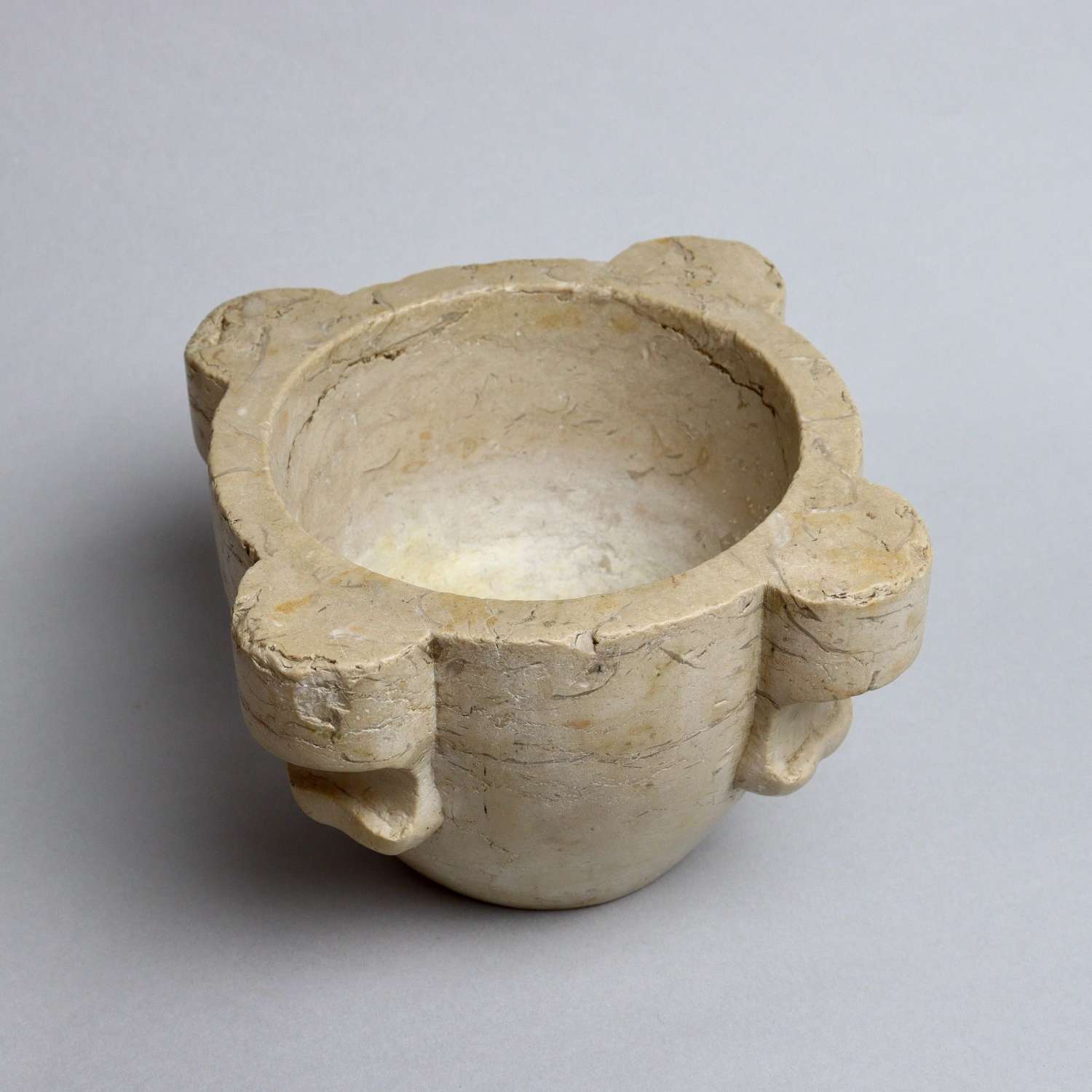 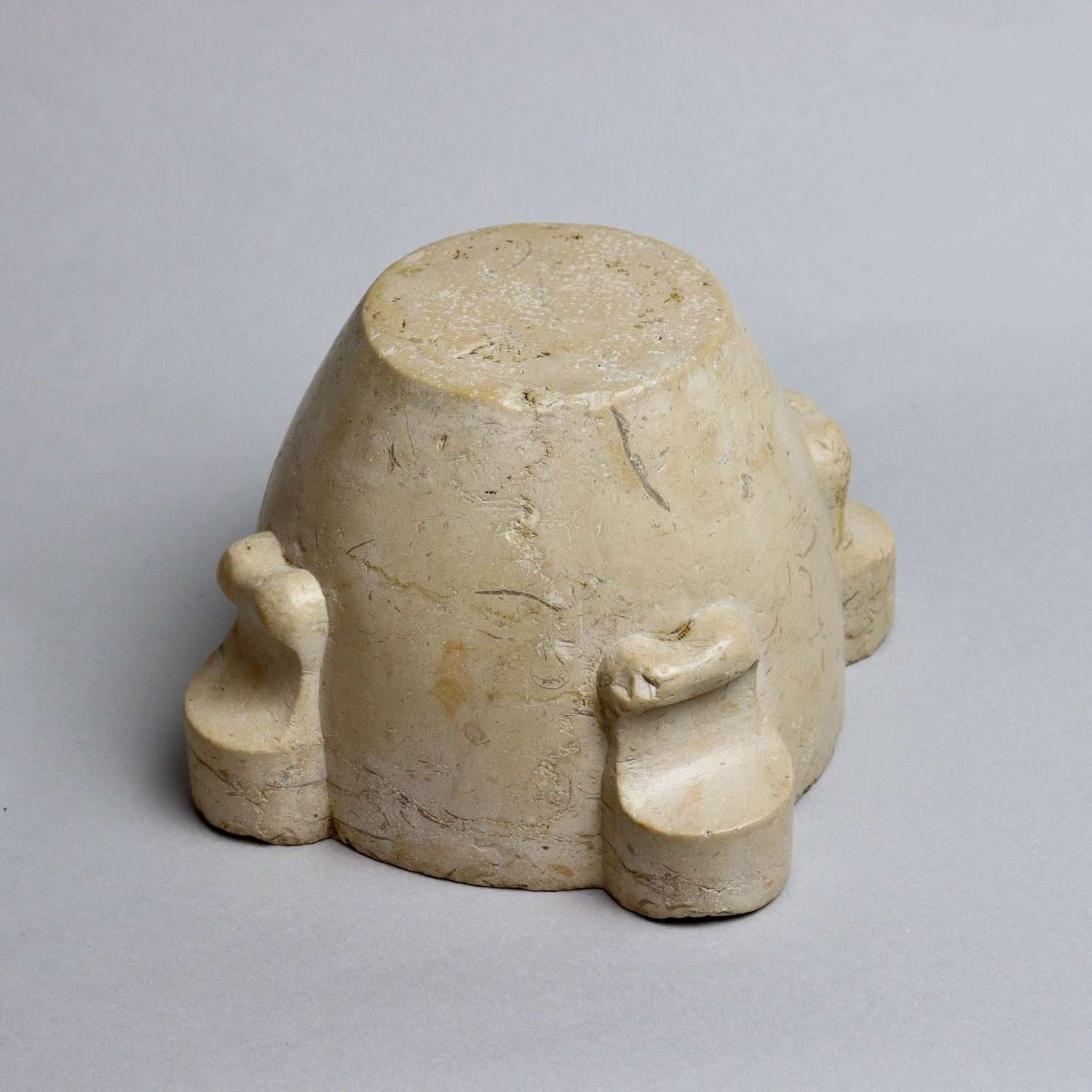