A fine quality, 18th century, Wedgwood creamware, jelly core mould. This is marked “WEDGWOOD” and it is also impressed with a large letter ‘H’ which is the workman’s mark. These moulds originally had an outer cover. The plain, wedge shaped cover was filled with clear aspic and then the decorated core was put into it. This was then set and when the cover was removed the core would be covered in set aspic through which the painted design would be magnified. They were beautiful table centrepieces and the aspic could be taken between courses to cleanse the palette. This example is beautifully painted, in polychrome enamels, with garlands of flowers hanging from ribbons. It dates from c.1780 and is in very good condition. There are just a couple of very small chips to the rim which can be seen in the images. Some of these moulds were made with a hole through the top of the wedge so that they couldn’t be used and were just for display. This example had the hole but it has been filled. It is now quite rare to find one in such good condition, without any restoration.

Price includes postage within the U.K., shipping to the U.S.A. and most of Western Europe. 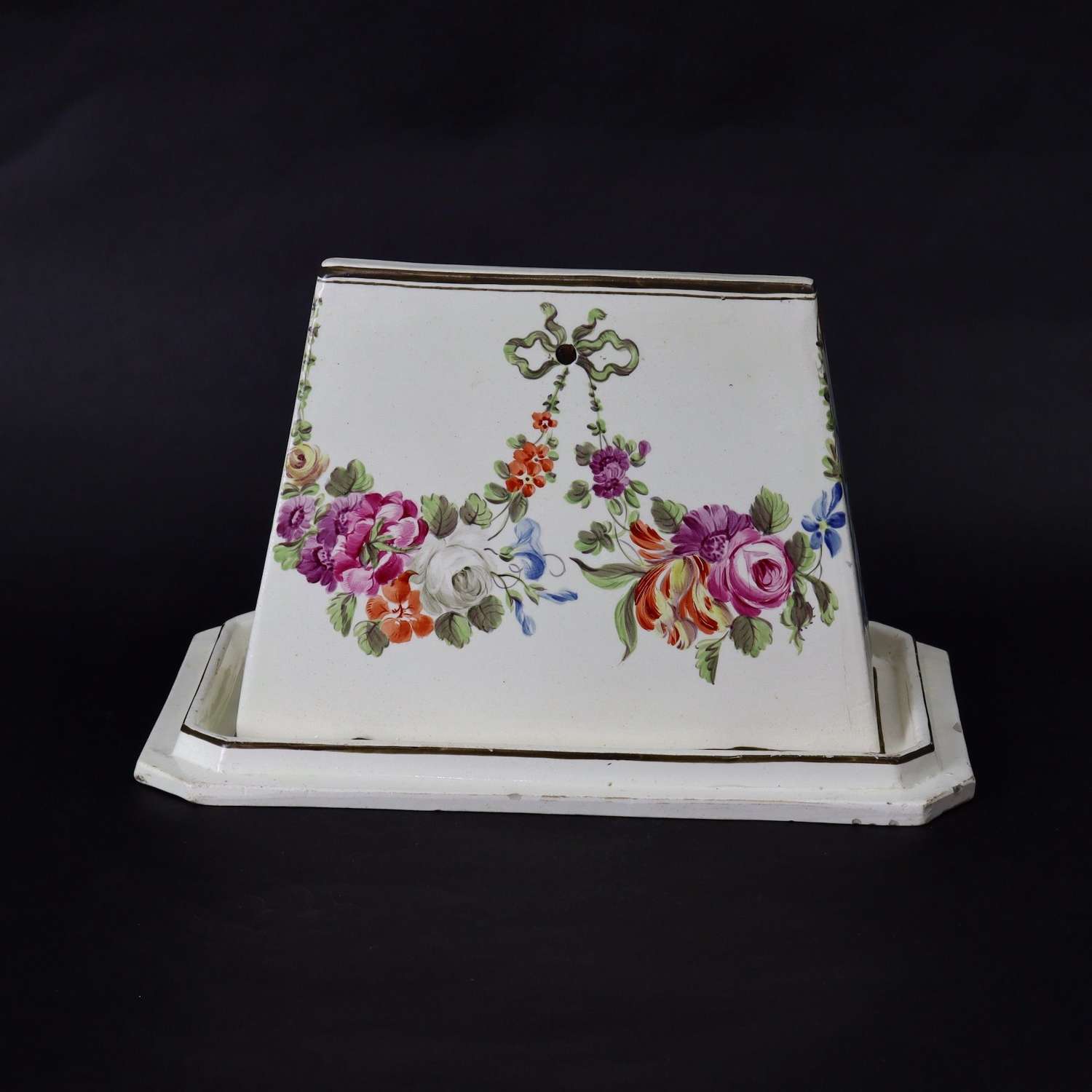 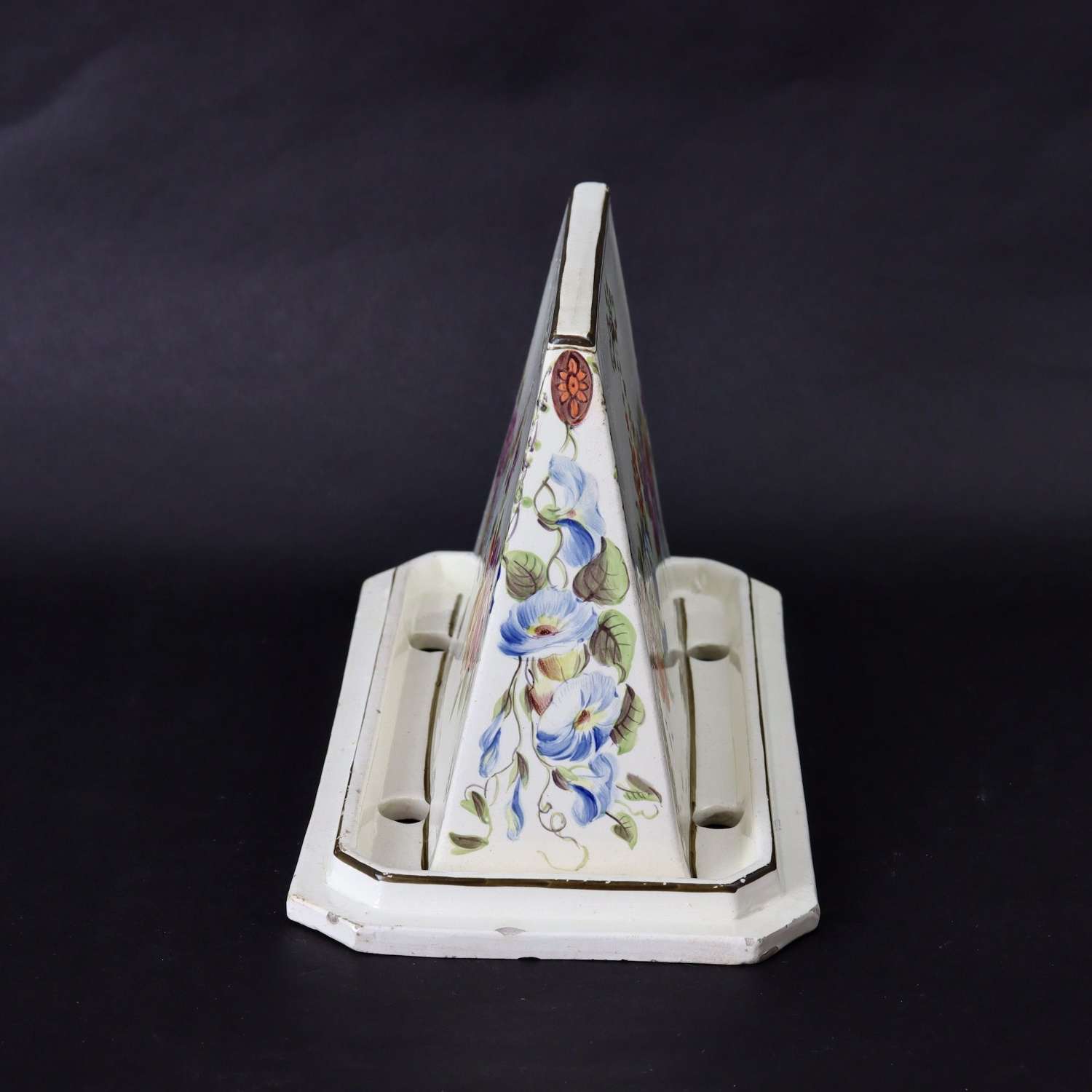 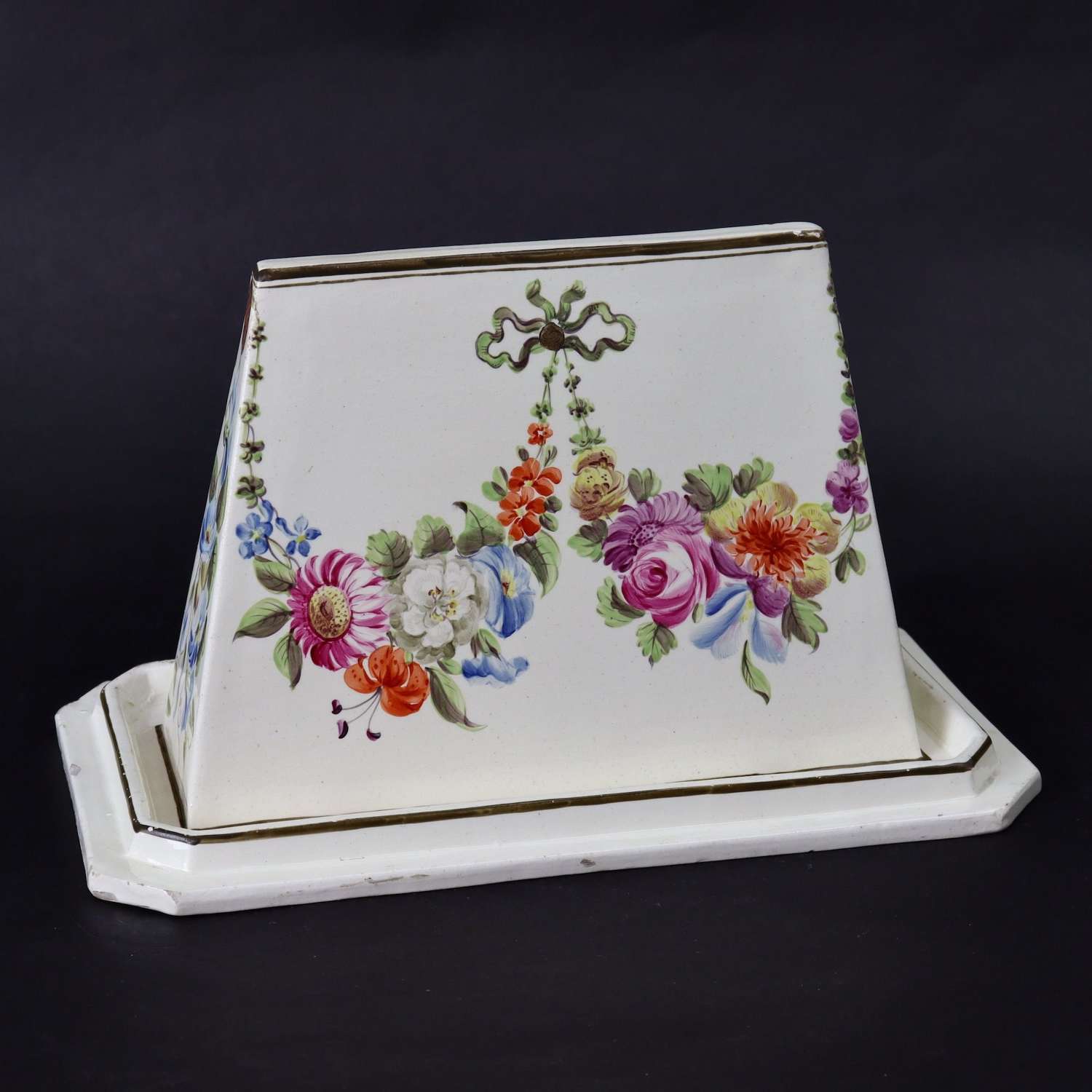 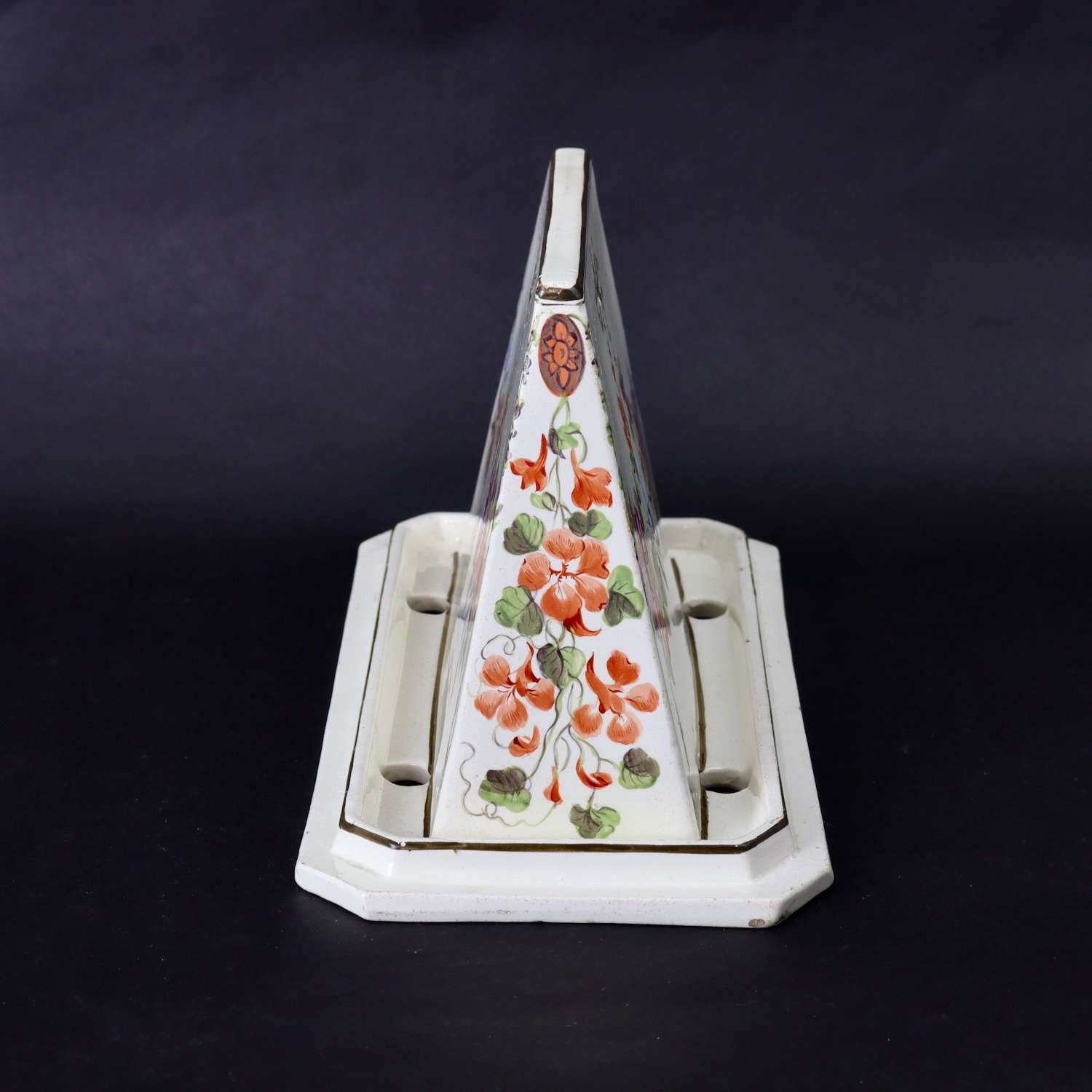 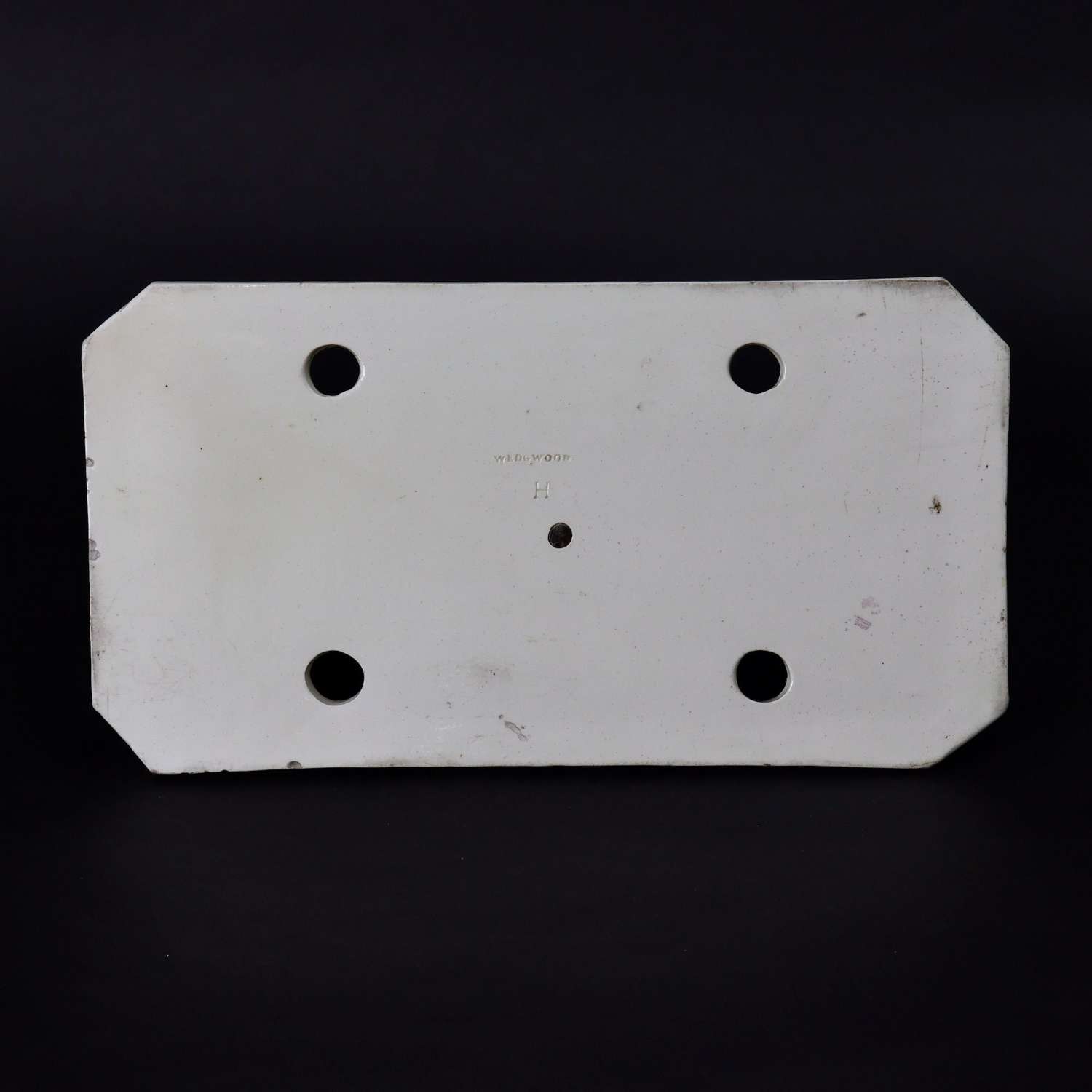